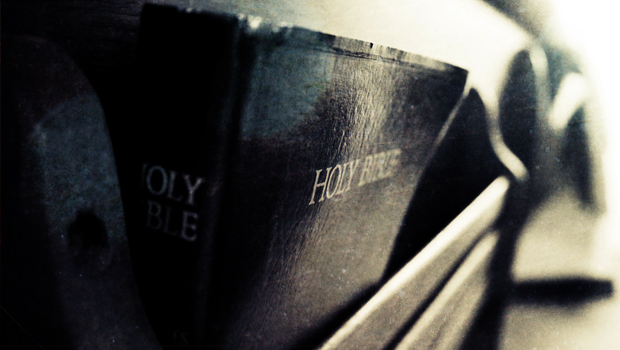 Read this story. It could change your life.

The Communist soldiers had discovered their illegal Bible study.

As the pastor was reading from the Bible, men with guns suddenly broke into the home, terrorizing the believers who had gathered there to worship. The Communists shouted insults and threatened to kill the Christians. The leading officer pointed his gun at the pastor’s head. “Hand me your Bible,” he demanded. Reluctantly, the pastor handed over his Bible, his prized possession. With a sneer on his face, the guard threw the Word of God on the floor at his feet.

He glared at the small congregation. “We will let you go, “ he growled, “but first, you must spit on this book of lies. Anyone who refuses will be shot.” The believers had no choice but to obey the officer’s order. A soldier pointed his gun at one of the men. “You first.”

The man slowly got up and knelt down by the Bible. Reluctantly, he spit on it, praying, “Father, please forgive me.” He stood up and walked to the door. The soldiers stood back and allowed him to leave. “Okay, you!” the soldier said, nudging a woman forward. In tears, she could barely do what the soldier demanded. She spit only a little, but it is enough. She too was allowed to leave.

Quietly, a sixteen-year-old girl came forward. Overcome with love for her Lord, she knelt down and picked up the Bible. She wiped off the spit with her dress. “What have they done to Your Word? Please forgive them,” she prayed.

The Communist soldier put his pistol to her head. Then he pulled the trigger.

~ Jesus Freaks, by dc Talk and The Voice of the Martyrs ~

I have a question for you: was this girl’s sacrifice worth it? I mean, it’s one thing to lay your life down for a family member or friend or instead of denying Christ, but all she was asked to do was spit on the Bible for goodness sake! If I were in her shoes, with Communist soldier’s invading my Bible study, I’d be praising God that they came up with such an insignificant requirement! I don’t intend to be crude, but if you’ve ever sneezed or coughed when you were doing devotions, you’ve probably already gotten spittle on there. So what’s the big deal?

If you are inclined to agree with the last paragraph, I beg you to realize that her decision was one of extraordinary significance. She chose the precious Word of God over her own comfort and safety; a decision you and I make every single day, but almost always in the opposite direction.

More Than A Bible, More Than Spit

Her sacrifice was worth it because it symbolized something much greater than simply a leather-bound Bible and a quarter-teaspoon of spit. It was a choice between her earthly home and her Heavenly Home, between her persecutor’s threats and her Savior’s promises. She had nothing to lose and everything to gain by choosing God’s Word over earthly comfort. Are we ready to make the same choice?

The answer is that we do make that choice, and we almost always choose comfort. We choose to “spit” on rather than sit under the perfect instruction of Scripture. You and I are constantly “spitting” on the Holy Word of God when we aren’t willing to sacrifice our meaningless comforts for some truly meaningful guidance. And I don’t care if that offends somebody. We offend God, my friends.

A sixteen-year-old girl in Asia laid down her life rather than neglect God’s Word. Are you willing to lay down your magazine? Pray to God that He will grant you the grace to be faithful to His Word. Because, honestly, most of us are too weak to shut-off our computer in order to have some distraction-free devotional time. It won’t get easier till we work harder.

The Bible feeds our spiritual well-being and our strength of character. “How can a young man keep his way pure? By guarding it according to Your Word.” (Psa. 119:9) We will leave our souls starved and our character unguarded if we fail to make the Bible top priority.

Do you want to impact this world for Christ? Do you want to be a Godly young man or woman? Sidney Howard said, “One-half of knowing what you want is knowing what you must give up before you get it.” What are you willing to sacrifice? When will you stop offending God by neglecting one of His primary means of grace in your life, His written Word?

Do not let the opinions of your friends or the customs of your family get in the way. Make the change today.

Start asking yourself the questions, “What does priority mean to me?” “What does it look like when something is top priority in my life?” “What does neglect look like?” “What other means of grace am I neglecting?” and most importantly, “What does the Bible have to say about all this?” Start with Joshua 1:8 and Psalm 1:1-2. Ask yourself, “What are these verses saying? What do they mean for me?”

Was that girl’s sacrifice worth it? You can bet the world it was.