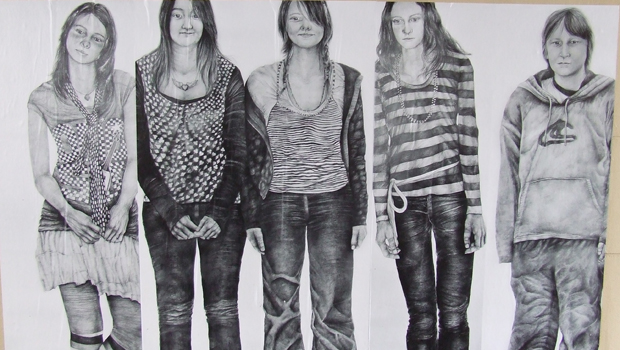 (Matt Walsh Blog) — Child psychologists have “discovered” that adolescence actually ends not at 18, but at 25. Once again psychologists have waved their wands and magically created a larger customer base. But maybe I’m being cynical, maybe adolescence really does end at 25. Or is it 18? Or is it 40? 35? 50? 12? 2? 93? I think the answer is yes. And no.

Back in the old days, there were two types of people in the world: children and adults. You were a child and then you became an adult, and you really had no choice in the matter. The timeline of events went something like this:

Of course, this is just a general outline; Phase 3 could rudely interrupt Phase 1 or 2 at any time.

Still, the transition from “child” to “adult” happened early and inevitably.

Just look at some of the religious initiation rites that are still practiced by Christians, Jews and other faith groups.

In Catholicism, the sacrament of Confirmation is usually administered between the ages of 12 and 15. Once Confirmed, you are officially a full-fledged adult member of the Church.

In Judaism, 12 and 13 year olds celebrate their Bat or Bar Mitzvah; a coming of age ritual where they pass from child to accountable adult. The newly minted Jewish young adult is then given enormous sums of money from his family members, while his gentile friend looks on with envy, remembering the plastic rosary and pocket prayer book he got for his Confirmation.

Virtually every culture has its own child-into-adult initiation, and almost all of them happen significantly before the 18th birthday.

In the Amazon’s Satere Mawe tribe, 12 year old boys have to don ceremonial gloves filled with bullet ants. This is pretty unique, although I’ve seen it done at a few Sweet 16′s.

Some tribes in Papua New Guinea practice “bloodletting,” which is about as fun as it sounds. Young males, in order to become men, must expel the “female blood” from their bodies by shoving sharp objects up their nostrils and down their throats, right before stabbing their tongues with arrows.

Don’t worry, I’m pretty sure they sterilize everything ahead of time.

We might feel fortunate that we played Pin the Tail on the Donkey during our childhood birthday parties, rather than the slightly less pleasant Stab Myself in the Mouth, but all of these customs, barbaric or not, stem from something quite rational: the need for young people to become adults at some point before the emergence of their first gray hair.

In that sense, even the Mawes, with their gloves full of stinging bullet ants, have a leg up on us.

In modern Western society, we’ve delayed the onset of adulthood, instead inventing a new sort of human: the “teenager.” The teenager exists in this limbo which we’ve created; we call it “adolescence.” Adolescence is a state-of-the-art modern innovation, like crack-cocaine or chemical warfare.

Take a time machine back to the early 19th century, or any century prior, and you won’t see it or hear of it.

The contemporary Western adolescent would be looked at like an alien species by anyone who lived in any era prior to the late 1800′s. He is a strange and mysterious creature; he doesn’t possess the innocence or natural helplessness of the child, but he isn’t expected to assume any of the responsibilities and challenges of the adult.

The adolescent can live a life that, in times past, only the children of Emperors and Pharaohs might have enjoyed.

He can spend entire months — generally from June to August — aggressively engaged in doing absolutely nothing.

We even had to come up with new terms to describe the primary function of the adolescent: “Hanging out,” or “chillin’.”

Our ancestors — who would have considered “hangin’” to be a punitive measure for convicted murderers — took the strength and energy of youth and used it to make strong and energetic young adults.

We, on the other hand, suddenly decided that a 16 year old is really nothing more than an enormous child, incapable of being helpful and useful.

Rather, not expected or required to utilize their energetic nature in a valuable way, adolescents end up developing their own hobbies, such as vandalism and binge drinking.

Although physically capable of contributing to his household and his community, the adolescent is permitted, by many parents, to sit back and have all of his needs and desires met.

He can be an ungrateful, resource-sucking leech, and his behavior and attitude will be shrugged off as a “natural” phase.

But of course there isn’t anything natural about it. And, for many, it isn’t a phase.

The damage done during this strange period of developmental regression can be permanent.

While poor and middle class mothers and fathers struggle to make ends meet, we legally prohibit their teenagers from working and helping the family financially until they reach the frivolous threshold of 16.

We’re told child labor laws are meant to protect 1st graders from being enslaved by sweatshop owners, but they also “protect” high schoolers from pushing a mop at a grocery store for a few hours a week.

I started working when I was 13 — mowing lawns at a competitive price — little did I know that I was the victim of oppressive “child labor.”

If I had realized, I might have told my parents, and they likely would have responded by saying something like: “yeah, and why shouldn’t a child do some labor?”

We won’t even trust a grown man with a beer until he turns 21. By that age, our great-grandparents were married with kids and a few acres of property. Now, at 21, most people still depend on daddy’s financial charity, but at least they can lawfully own a 30 pack of Natural Lite.

You’ll notice that death generally still comes without a warm up period, which is another solid reason to consider trimming a few of those steps, in favor of getting on with an actual life of your own while you still have that option.

is a blogger, speaker, and professional sayer of truths. He wrote this article for his website (www.TheMattWalshBlog.com) and is not affiliated with The Rebelution. Matt was once an adolescence and suffered from a pretty bad case of it. He recovered thanks to the intervention of his parents.