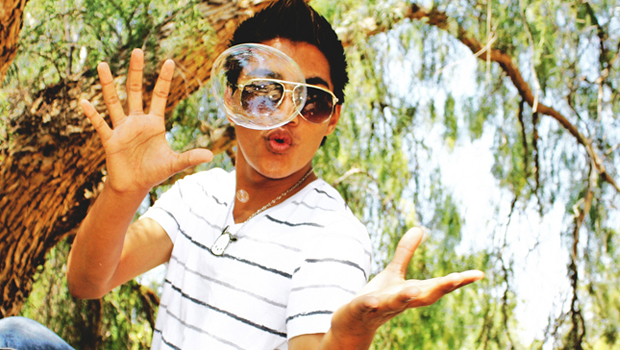 I believe that God is moving in our generation. I see a lot of my peers taking seriously the call to follow Christ with all their hearts. We do not want to waste our lives but are passionate about glorifying God by doing hard things.

Although, like every generation, there is a lot of wickedness and apathy among us, I do not believe wickedness needs to define our generation. I think we can and will succeed in our desire to glorify God.

In this pursuit, there are at least five things we must avoid that would hinder our eternal impact: apathy, materialism, playing politics, reaction, and an obsession with knowledge.

Apathy is probably the most obvious to people. It shows up in our lack of prayer, in our reluctance to give testimony to what we are going through— good or bad — and in our avoidance of evangelism. If you are like me, it is easy to condemn yourself and others for apathy. It is important that we are aware of our weakness, but we must run from condemnation.

Condemnation is never from God — even when we are being apathetic! God’s way of bringing people to repentance is through kindness (Romans 2:4). I like how Keith Green put it: “Discipline is not holiness, nor the way to holiness. It just helps you maintain it.” (from No Compromise by Melody Green).

We tend to think of apathy as passive, but it is really an aggressive resistance to God’s call and commands.

You can either surrender to God, allowing Him to work through you and in the meantime experience His sweet presence, or you can resist Him and refuse His blessing and presence in your life.

Thankfully, God is very aggressive in His pursuit of us, even in our apathy.

Refuse excess in your life. Give until it hurts, then give some more. Don’t worry about tomorrow — don’t even give a lot of thought to money. God will take care of you. Invest in Eternity by seeking God’s kingdom first and foremost: make seeking God a higher priority than your job or hobbies but seek God in them too (Matthew 6:19-21; 25-34).

Really, seeking God, work, and pleasure should all be in the same context.

This is something only individuals can determine: for some people fixing cars, taking calls, making music or giving direction is what God has called them to do and it is both pleasurable and hard work.

But sometimes we are easily distracted by pursuing things, cool cars, luxurious houses, fancy computers, fashionable clothes — you name it!

We must avoid these.

Ask yourself: “Will this benefit my relationship with God and others?” For example, big houses can be excellent places to host Bible studies, youth activities, or even house churches; but if you do not feel called to this type of ministry, then maybe you should downsize and put the money toward something you do feel called to pursue, like missions, music, education.

Of these five, I believe politics to be the most dangerous. We usually associate it with government, but it can penetrate every area of our lives—especially the church. It is very subtle and a very tempting game to play, it is the mentality that “If you scratch my back, I’ll scratch yours,” “Agree with me and I won’t bother you.” Don’t play it! Run away from it as fast as you can!

The Pharisees were pros at playing this game. They played it with the Romans and the Jews and they even tried to play it with God.

That’s why they hated Jesus so much, because He never played politics. He said and did only what God told Him to say and do — even if it was unpopular.

Never capitulate to political pressure by compromising truth or keeping quiet about what God has revealed to you just to hold influence or popularity. Fear God, not men!

Politics is all about self-preservation and advancement by pleasing others; the way of the Cross is about submission to God, death to self, and salvation of souls.

Both liberals and conservatives will play the political game.

They laugh at and mock ideology or theology that they despise, giving those around them the subtle hint that “If you agree with this, then I laugh at you.” They will loudly state their opinions, forcing everyone around them to either agree with them or publicly contradict them. If someone disagrees, they will surf the crowd of onlookers with their eyes searching for someone who will share a mocking expression with them.

These “politicians” — especially those who claim to serve God—are insecure and wicked.

We must follow God, even if it’s the hardest thing in the world to do! The hardship is worth it because eternity will last longer than our earthly lives

Have you ever played with magnets? What happens if you put a magnet of similar charge over other magnets? They all push away, right?

Humans are just like that: quick to react, which only breeds more reaction. It is natural, so don’t try to fight the feeling; instead, refuse to be controlled by it. When one person begins living out of reaction, others begin reacting as well. This can very quickly divide whole communities as some people draw together and others push apart.

Combined with politics and apathy, reaction will quench the Holy Spirit.

Do not ever allow your actions to be controlled by reactions because it will only destroy.

A group that separates from other people because of reaction will soon begin reacting to each other within their smaller group.

This will keep happening until people are lonely and throbbing with pain while the work of God in their lives is all but ruined (which by the grace of God can be rebuilt).

Remember that if you react to someone (an overly strict teacher, for example) they are still controlling you, even if you do the very opposite of what they want you to do. If you really do not want to be controlled by other people, surrender to God and allow what He says to you and about you to determine your actions.

5) An Obsession with Knowledge

Now this is where it gets tricky because I’m afraid people will think I am discouraging education. I am not. I support people following God if they feel led to get a higher education. The problem here is not education or training but an obsession with knowing. Let me explain.

In the Garden of Eden, Adam and Eve could eat from any of the trees, including the Tree of Life.

The only tree they could not eat from was the Tree of the Knowledge of Good and Evil (see Genesis 3). So when the serpent came along and doubted God’s words, telling them that if they eat of the tree, they will actually become like God, that is, “knowing good and evil” (verse 5), Adam and Eve had to choose who were they going to worship.

Did they find God more worthy of their obedience or the Serpent?

They chose “to know” rather than “to obey.” You see, worship, not knowledge, is the path to obedience.

Paul explains in 1 Corinthians 2 “I did not come with superiority of speech or of wisdom, proclaiming to you the testimony of God,” but instead “determined to know nothing among you except Jesus Christ and Him crucified. I was with you in weakness and in fear and in much trembling, and my message and my preaching were not in persuasive words of wisdom, but in demonstration of the Spirit and of power, so that your faith would not rest on the wisdom of men, but on the power of God.”

He was emphasizing the Spirit’s power, not knowledge, as being the proper foundation of faith.

If we want to obey God and be used by Him, we must stop obsessing over knowledge and start pursuing worship.

We can do this: our generation can make an impact on eternity. But we must actively counteract apathy, reject materialism, run away from everyday politics, be led by the Spirit rather than reaction, and pursue worship rather than knowledge.