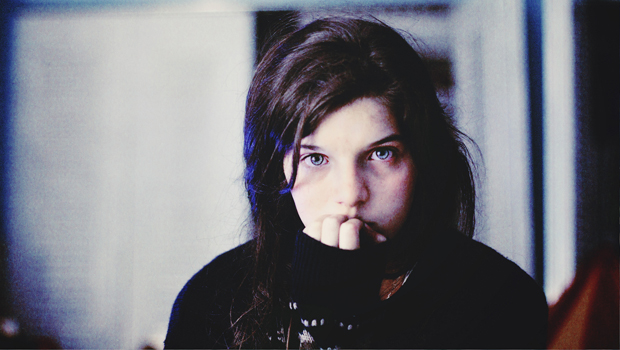 When my last Rebelution article was posted, I was absolutely overwhelmed by the comments in response to it. I had no idea that so many other people had shared my experiences. After posting it, Brett invited me to write a follow-up article about what’s been happening in my life more recently. Here is the result.

I wrote Hope through the Storm last August. Since then, I’ve literally been around the world and back.

As my family and I were leaving our old church, God told us to prepare for a trip to India. We would stay with some missionary friends there, see their mission work, and connect with fellow believers on the other side of the world.

After our initial response of shock, we agreed to head to India. Our friends were delighted and arranged for us to stay with them this February. After rolling up our sleeves for countless vaccinations and filling out endless stacks of paperwork, we were ready to go.

On February 8, we drove to Dallas to board a fifteen-hour flight to Abu Dhabi in the United Arab Emirates (it’s at the tip of the Saudi Arabian Peninsula).

Somewhere between the Muslim UAE and our first sight of India, the whole unfamiliarity of everything hit me between the eyes. Uh, Toto, we’re not in Kansas anymore.

Five English-speaking very white Texans made it three-fourths of the way around the world. We didn’t speak the local language. We knew four people on the entire subcontinent. We were really, really far away from home. We were terrified, yet we knew we were exactly where God wanted us.

I could tell you a million stories about our ten days in India (if you want to read about our day-to-day travels, check out our blog) but I’ll save the space and just say this: God worked wonders. We experienced so much and got very far out of our comfort zones. We came home exhilarated and ready to set the world on fire (after a good night’s sleep in our own beds, of course).

And I found myself sitting back here in the good ol’ U.S. of A., staring at my computer screen in my comfortable house and wondering, what now?

We talked about the mission work in India to a few churches. And then it was back to what life has been ever since we left our old church last June:

In between. That’s what describes us right now. We’re attending an awesome church, but we’re still a pastor’s family — and we’re still not at our own church. We’re drifting. In between.

That used to terrify me because — let’s face it — all of us tend to cling to the familiar, the normal, the way things have always been.

We find our security in where we are at the moment rather than the One Who is with us. We get so comfortable in the familiar that we start thinking it’s time to relax and take it easy.

And then we become paralyzed by fear and anger when something changes that we can’t control.

This isn’t something new. There were in-betweens in the Bible as well.

I’m sure you’ve read that four-hundred years passed between the end of the Old Testament and the beginning of the New Testament.

The disciples had to wait three days between the time Jesus died and rose again.

In fact, we’re living in an in-between time: the period of time between Christ’s ascension and return to earth.

In-betweens are obviously hard. In all of my examples, I can point out that people tend to get disappointed, hopeless, depressed, cold, and farther away from God during in-between times. Does that sound like the world we live in?

Needless to say, we’d much rather skip the in-between times. So why does God put us through the discouragement and tediousness of waiting?

My in-between has taught me a few lessons:

1. He wants us dependent on Him, not our knowledge about the plan. Psalm 118:8 says, “It is better to take refuge in the Lord than to trust in people.”

2. He wants to rid us of impatience. Romans 8:25 says, “But if we look forward to something we don’t yet have, we must wait patiently and confidently.” (Emphasis mine)

4. He wants to test our faith. James 1:2b-3 says, “…when troubles of any kind come your way, consider it an opportunity for great joy. For you know that when your faith is tested, your endurance has a chance to grow.”

5. He wants to prepare us for what’s ahead by refocusing us on Him. Philippians 3:13b-14 says, “…I focus on this one thing: Forgetting the past and looking forward to what lies ahead, I press on to reach the end of the race and receive the heavenly prize for which God, through Christ Jesus, is calling us.”

Honestly, that last point has really hit home with me during this in-between. If my family had instantly relocated to another church, I wouldn’t have been able to work out some of my own spiritual issues that were hidden under the busyness of church life. My relationship with God has grown stronger than it ever was before.

Imagine that: all it took was a few months of drifting, of being out of my comfort zone, for me to grow into the realization that God is the only One worth hanging onto. I don’t regret a second of my in-between because I know this: He promises there is purpose in it.

You may be in-between right now. I can’t say I know what you’re going through. But I do know the One who’s going through it with you. Friend, hang on to Him and know this: the in-between is worth it.

“These trials will show that your faith is genuine. It is being tested as fire tests and purifies gold—though your faith is far more precious than mere gold. So when your faith remains strong through many trials, it will bring you much praise and glory and honor on the day when Jesus Christ is revealed to the whole world.” – 1 Peter 1:7, NLT

There are currently 0 Comment(s)

is a thirteen-year-old rebelutionary who is home-schooled by her mom along with her two siblings. In her free time, she can be found singing, practicing piano and guitar, reading any good book, advocating for orphans, and writing for the local newspaper. As a pastor's kid, Sarah resides in Gilmer, Texas.