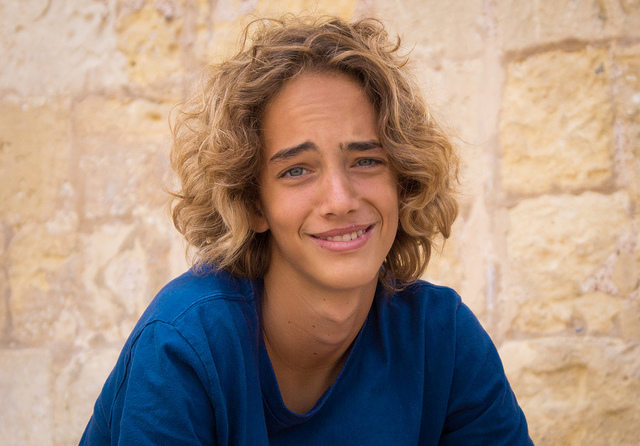 This is the second part of a three-part series on coolness and godliness. In this post, John looks at how being cool according to the world’s standards is detrimental for the Christian. Next week he’ll examine what God thinks about it.

In my last article I laid out what being cool is according to the world.

I said that when I was a tween I craved it. But now, I’ve started to become it in some form, shape, or size. But what’s so wrong about being cool anyway?

1. Embracing being cool destroys my fear of God.

God tells me to follow my convictions. When I’m trying to convince my parents to let me read the rest of the Hunger Games even though everything they’re saying about the series makes me feel uneasy, that’s betraying my conscience.

When I tell some people I’m not going to read the rest of the series and then later the same week tell others I will, I’m betraying my conscience again.

And not just my conscience but the fear of God which “is the beginning of wisdom” (Prov. 9:10).

God clearly tells us not to say one thing to one person and something else to another.

One experience I’ve had recently that’s made me fear I’m losing my fear of God is when I finally got a cool hairstyle – a cowlick (even though I’d nearly promised myself to never style my hair like that and affectionately called it a “duck butt.”)

Less than 24 hours after I first decided to stick with that style, I wondered if I was being vain.

Later the same week, I felt as if God was telling me to stop doing my hair like that.

I wrestled with myself.

“Can it really be God?” “It’s probably just me being legalistic again.” “I mean, aren’t there verses in the Bible about not creating extra rules?”

Underneath all my wrestling was a sinful heart attitude – “I don’t care what you say, God. This is my hair, and I can do whatever I want with it.”

It showed me where my values lay. My best friend’s opinion mattered more to me than God’s.

Even though it was only days after having a great encounter with the Holy Spirit, I didn’t immediately stop. While my heart said, “Even if this isn’t God, it’s better safe than sorry,” the fool in me said, “There is no God” (Psalm 14:1).

2. Embracing being cool destroys my love of God.

When I stare at myself in the mirror wearing cool clothes and a cowlick and singing Pharrell’s “Happy,” it makes me, well, happy.

That’s embarrassing to read on a computer screen in a post I know will be read by complete strangers, and even more embarrassing since I want to share this with my friends.

But I don’t think I’m the only vain person reading my article.

Maybe I am. But I’ll say this anyway. Falling in love with the world and myself is always detrimental.

Days after my encounter with the Holy Spirit, I was again arguing with myself about my hair. I liked it. And guess what? After spending five minutes staring at it, I was happy.

And I had been dealing with a lot of depression. Looking at myself made me happy – the times I wasn’t texting my friend at the same time and wondering how he’d react if I died.

So I told God, “This hair style makes me happy. You don’t. Why should I change this for You?”

If that’s not a clear absence of the love of God, I don’t know what is.

Immediately afterwards, I thought of the encounter with His Spirit and how happy I had been then. “Well, I’m not feeling it now,” I foolishly argued, “so I don’t care about what God wants.”

3. Embracing being cool destroys my faith in God.

When I’m in love with the world and fear it instead of God, everything goes great for a while. Then I realize just how unsatisfying the world is.

When a friend can’t come over every single time I invite him. When I feel like I care more about a specific friendship than the other person. When I don’t get social interaction every day because I’m homeschooled.

Then I get depressed. I feel unloved, unaccepted, worthless.

I blame it on lack of sleep, on myself, or even on God.

But really, I should be blaming it on my idolatry, because that’s what being cool is – idolatry.

Coolness is a love of the acceptance of man that kills my love for God.

Coolness demands for me to be good enough and denies that Jesus was already good enough.

When God says I am valuable, I stop believing Him. I don’t care if some old man in the sky loves me. He loves everyone. I want my friends to love me.

I stop believing His promises for me. His truths about who I am. My faith in the sufficiency of His cross is ruined. His cross cannot pay for me. It cannot give me worth – I must give myself worth. I must prove myself.

That too is scary.

There’s good news, though: I’ve started reading my Bible more. I’ve stopped doing my hair how I want it. That battle is over, but there are a thousand little battles left to fight.

And through Christ I can be victorious.

So fellow teen, maybe you’ve been living for cool. It’s time you start living for God. (I’ll talk more about how to do this in the third part.)

Sounds appealing, right? At least your “cool” peers have friends. They seem self-confident.

But it’s your choice. Christians can be “cool” or “persecuted [even by other believers] for the cross of Christ” (Galatians 6:12).

“No one can serve two masters, for either he will hate the one and love the other, or he will be devoted to the one and despise the other. You cannot serve God and” coolness (Matthew 6:24).