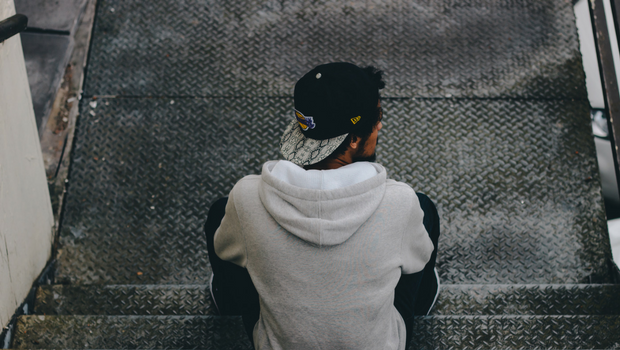 Over the past few weeks, God has been teaching me a particular lesson.

I can’t seem to escape it – I hear it on the radio, my pastor talked about it on Sunday, it’s in the books I’ve been reading, and it’s a continual resounding chorus inside my heart.

“Don’t judge others. Show God’s love to all you meet, because you don’t know their story.”

With this, came the realization of how often I do unknowingly judge the people I encounter every day. I say “unknowingly,” because I don’t usually take the time to learn who they really are, or what they’re going through. Instead, I slap a label on them based on the little I can see on the outside.

If they cut in front of me in traffic, they’re a jerk.

If she’s always smiling and laughing, she’s shallow, and has a perfect life.

If he refuses to make eye contact, he’s hiding something.

If she wears low-cut shirts, short shorts, and dark makeup, she’s wild and no good.

But what if I knew their stories? Could hear their thoughts? Looked inside when they went home and let their guard down?

Instead, what if it was…

She’s quiet because it’s the anniversary of her dad’s death and she’s trying not to burst into tears.

They cut in front of me because they just heard their family member was in a car accident and they’re rushing to the emergency room.

She’s always smiling and laughing, but in reality it’s just a cover-up for the pain she goes through every day in her bad marriage.

He refuses to make eye contact because he suffers daily from PTSD and he’s afraid of letting me see the “real him.”

She wears low-cut shirts, short shorts and dark makeup, because she’s deeply insecure, has been wounded again and again, and no longer believes she’s worth anything more than the amount of skin she shows.

What if I knew all that?

How would I act? How would we all act? Would we be more gracious, kind, and loving? Less judgmental and harsh?

I love this quote by Mother Teresa. She says, “If you judge people, you have no time to love them.”

Case in point—when we’re judging those around us, or making assumptions about them, our thoughts are occupied with those negative feelings, and we aren’t capable of truly seeing them and the pain they might carry.

Pain is hidden in unusual places. Everyone deals with it differently. Some go on as if nothing is wrong, while others let it drag them down and influence every part of their lives.

If you’ve ever witnessed a heart utterly broken and bleeding, seen the shadow behind a smile, heard pain even in laughter, then you know what I’m talking about.

It’s time to open our eyes. To trade our judgment for Christ’s love. To ask God to give us His eyes, so we can see the hurt, pain, and sorrow those around us carry. To begin to look at the world, not through our narrow-minded vision, but through Jesus’s much broader, eternal perspective.

If we did this, no longer would the girl who was rude be a source of irritation, but an opportunity to love.

No longer would the PTSD sufferer, or the jerk in traffic, make us suspicious or angry, but instead stir our hearts to lift them up in prayer.

No longer would our lives be self-focused, me-centered, or unfulfilling.

If we chose this radical lifestyle, we would be a living, breathing example of the power of Christ. An echo of the One who died for us. The heartbeat of Jesus’s love in action.

I challenge you— reach out past yourself and to the world around you.  Ask God to help you truly see the people you encounter today.

We may not know their stories. But God does. And it might not be a coincidence that you meet today.

The world is asking if anyone cares. Longing and crying out for a little bit of love and hope.

Today, will you show them the answer?