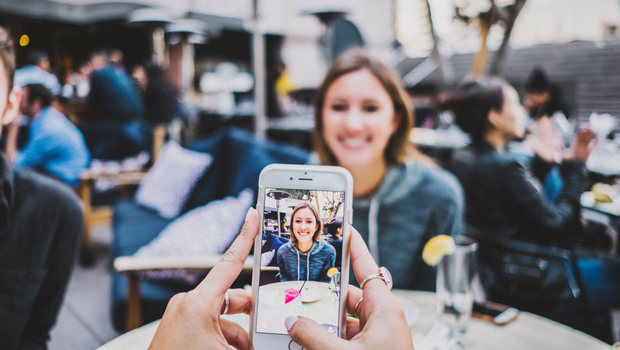 Social media has changed my life.

It’s an incredible opportunity to connect with new people I would have never met otherwise. To share and learn new ideas and perspectives.

But there is an uncomfortable truth I sense more and more when using social media. A lurking danger behind all the connecting, content-creating, photo-sharing, and influence-growing.

Here are three truths every young person should know about social media.

In Genesis, God destroys the planet with a flood but saves the family of Noah. Noah’s family grows into a massive population who all speak the same language. In Genesis 11:4, the descendants of Noah say:

Come, let us build ourselves a city and a tower with its top in the heavens, and let us make a name for ourselves, lest we be dispersed over the face of the whole earth.

This towering, heaven-reaching structure was named “Babel”. In Babylonian literature, “Babel” means “the gates of God”. The people wanted to build something of meaning. Something to proclaim how amazing and incredible they were. Something to showcase their influence and power.

The danger of pride

Despite all the wonderful opportunities of social media, it often taps into our ancient flaw — pride.

I am as guilty as the next person. But it’s dangerous.

If we back up to verse 3, the author explains how they built Babel:

And they said to one another, “Come, let us make bricks, and burn them thoroughly.” And they had bricks for stone, and bitumen for mortar. (Genesis 11:3)

Why a random list of building materials? The Hebrews would have caught the irony.

As a people forced to make bricks back in Egypt, they understood you don’t build a huge tower with bricks and mortar. You need to be building with stone. Bricks look good on the outside, but it was going to make this behemoth building unstable.

In response, God confused their language and dispersed them across the globe.

The consequence of confusion

The people’s pride created nonsense and confusion, not “the gates of God”. Thus, the name “Babel” would forever be synonymous with “confusion.”

When using social media, this is the reality we face. A life built with the bricks of followers and influence will become an unstable tower. An identity defined by subscribers and likes will only end in confusion.

As we utilize social media into the future, let us be aware of these lurking dangers and consequences. Social media is a tool — capable of incredible potential. But any tool can be twisted to something dark and dangerous. Something to feed our pride and build our little kingdoms.

How can we use this tool with wisdom?

This truth transformed how I approach and use social media: social media is a community. Social media is not meant to build your kingdom. To promote “you” 24/7. It is a platform providing you the unique opportunity to:

Use social media for a new goal

Filled with God’s presence, we are being transformed into a new humanity with a new identity. A people who are image-bearers of God and representatives of His glory to all creation.

Therefore, let us become the young people who go. Go! Go into all the (digital) world and preach the gospel. Be a light to this amazing world called the internet.

These are the questions confronting our generation. This is our challenge. As we move forward into this new frontier, let us be:

May God protect and strengthen as you go forth into the digital wilderness.