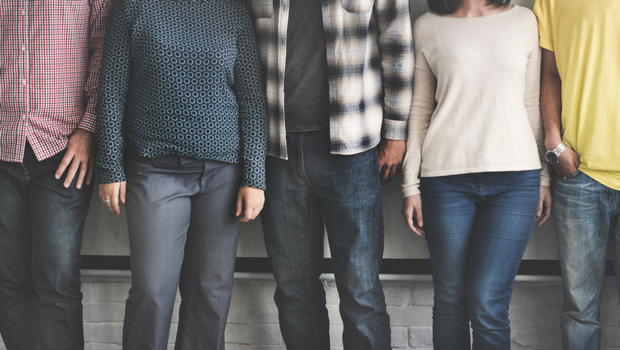 We all have a problem.

We may try to cover it up with our smiles, cliches, and empty philosophy. But if you search hard enough, you will see that behind our smiles lie people desperate to the point of basing their worth on how many “likes” they receive on social media. Behind our smiles lie hopeless souls wondering whether there is any point in this life. Beneath the facade of confidence lies a generation of people who are completely lost, yet too proud to admit it.

We, as human beings, are not “okay”. We are drowning and enslaved by sin. No matter how perfect we might seem on the outside, we are all inwardly ruined as a result of the fall.

We are not beautiful. We are an ugly mess.

Our hearts are darkened, and we do not seek God.

We follow the prince of the power of the air, living as we please, doing what we wish, and rebelling against God.

We are Satan’s servants, trapped in his dark kingdom, yet so deceived that we believe this to be the meaning of “freedom.”

Yet God did not abandon us wretched people. Instead, he formulated a master plan by which he would save us.

Through the law and the prophets, he revealed the sin of mankind and the righteousness of his own character, thus setting the stage for His great redemption to take place.

The King of the universe humbled himself to the form of a baby, born of a virgin in a cave among animals. Having lived a life of being shamed, mocked, scorned, and misunderstood, he suffered death by crucifixion along with criminals. Three days later, he returned, victorious over death, sin defeated once for all.

The Prisons are Open – Free the Prisoners

Though Christ has accomplished his work, we have not accomplished ours. The gospel is the key by which prisons are unlocked and the chains of the prisoners are broken. We have the key, but we need to bring it to the prisoners.

There are people around the world who still are still enslaved to sin; are we content to simply slide them a piece of cake, give them a few confidence boosters or whatever they want to hear, or simply watch as they shrivel away and die? No! We must show them the freedom found in the gospel.

And once you have done that, tell them of their purpose. Tell them that it really wasn’t about them to begin with, that their primary purpose is to glorify God.

The truth will set us free from all kinds of spiritual bondage and show us what freedom truly is.

The truth will free the one with a haunting past who wonders whether they could ever be forgiven, telling them that they have been forgiven if only they’ll accept it.

The truth will free the one struggling with depression who has lost the will to live, telling them that there is a better life waiting for them, and One who will give them the strength to carry on.

The truth will free the one who is insecure, telling them they don’t have to be perfect because Christ lived a life of perfection in our place.

The truth will free the one enslaved to a false religion, telling them of a true religion in which they need not fear, for the master is loving and kind to his servants.

Why Aren’t We Fulfilling Our Mission?

If we have the key to salvation, why, oh why, are we not using it?

Why are we so busy with our gazillion church programs that we’re never around the people to whom we are supposed to be witnesses?

Why do we talk more about people running around on a field with a ball than about the amazing work of Christ?

Why do we hesitate to share the gospel when it is “inconvenient” and it’s not what people want to hear?

Now is the time of salvation. A day will come when Christ will return and judge the nations and there will be no more opportunity for repentance. On that day, when you see those people whose spiritual chains you did not attempt to break, will you still believe it “wasn’t the right time”?