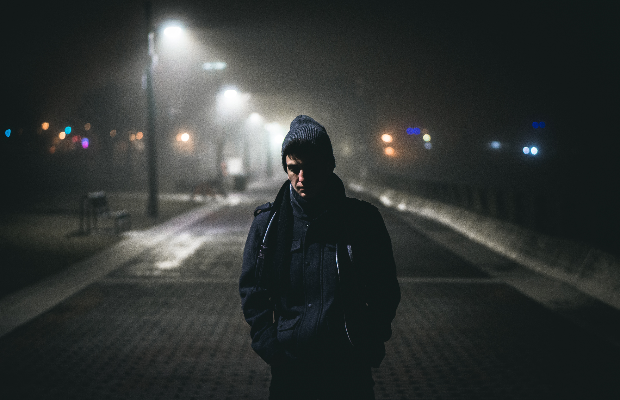 Have you ever felt abandoned by God– like he’s not even there? Or, even if he is there, it’s like he doesn’t really care?

I’ve felt this way before. Multiple times, actually. I’ve often wondered why God wasn’t speaking in my life. Or if he’d ever really spoken in my life. I’ve thought to myself, “God… do you really care? Are you really even there at all?” To put it another way, I felt… abandoned, like God had left me to fend for myself. The Israelites felt the exact same way, thousands of years ago, after a long period of silence from God. We find this story in 1 Samuel, Chapter 7, verses 1-9. Read through that for me real quick, then let’s dive right in!

Last time, we left off with the Israelites suffering a major defeat because of their misplaced hope in the Ark of the Covenant. Since then, through a very interesting serious of events, they get the Ark back. But they soon realize that it’s no more helpful to them now then it was before, because God wasn’t there. Verse 2 puts it all-so-clearly:

“The Ark Remained in Kiriath-jearim for a long time – twenty years in all. During that time, all Israel mourned because it seemed the Lord had abandoned them.” – 1 Samuel 7:2 NLT (emphasis mine)

Twenty years of silence. God was distant and they had no idea why. Could you imagine being cut off from God for 20 years? At the time of writing this article, that’s longer then I’ve been alive! And yet, for twenty years, they were cut off from God… why?

We find the answer in verse 3…

“Then Samuel said to all the people of Israel, “If you want to return to the Lord with all your hearts, get rid of the foreign gods and images of Ashtoreth. Turn your hearts to the Lord and obey him alone, then he will rescue you from the Philistines.” – 1 Samuel 7:3

Wait a minute… return to the Lord? Wasn’t it “the Lord” who left us– wasn’t it God who abandoned us?

You know, every time I feel distant from God, I assume it’s because God has moved away. But here, it seems to break that assumption. What if it isn’t God who’s moved away from us… what if it’s us who have moved away from God?

In the later part of verse 3, Samuel explains what he means, saying, “get rid of the foreign gods”. At this point, most of us just gloss over this part without giving it a second thought. Or, some of us might chuckle a little at the stupidity of these people. I mean, who’s stupid enough to carve a wood statue and somehow delude themselves into actually believing that that stupid piece of wood is somehow an all-powerful god?

Believe it or not… we are.

You see, back in that day, the people of that time used wood and stone to symbolize something that was important to them. Whether that be good weather, peace from their enemies, financial success, or sexual pleasure. They took at that thing they wanted to pursue with their life and personalized it to something they could see. From there, they just justified it to themselves that what they believed was right, and eventually even believed it.

You see, as stupid as that sounds, it’s actually very similar to what we do today. We all have those things that we naturally make the most important in our lives: our money, our status, our enjoyment, etc. The only difference between us and them is this: they realized that whatever a person makes most important in their life must demand total allegiance.

And if you look, you’ll see: the college student who wrecks the life of his girlfriend because he got her pregnant and made her a single mother– all for a few moments of passion. The corporate executive who squeezes his workers tight because he’s blinded by his greed. The teenager who disrespects her parents because they won’t let her go to that popular party because it’s too late at night. That young person who sits and waits passively, because he’d rather do nothing and enjoy his laziness. What do all these people have in common?

So right now, I want you to think about the question and try to answer it honestly. Not, “what do I want to serve?” but “what do I actually serve?” Ask yourself these questions:

What things do I spend the most time on?

What kind of things do I use my money on?

Where do I exercise the most effort?

What causes me to worry or get angry the most when it’s taken away?

What do I think about more than anything else?

What am I most scared of losing?

Where do I place my security?

What makes me do stupid stuff I later regret?

So, is there anything you need to throw away in your life, to come back to the loving presence of God? Let’s talk in the comments section below!

There are currently 22 Comments