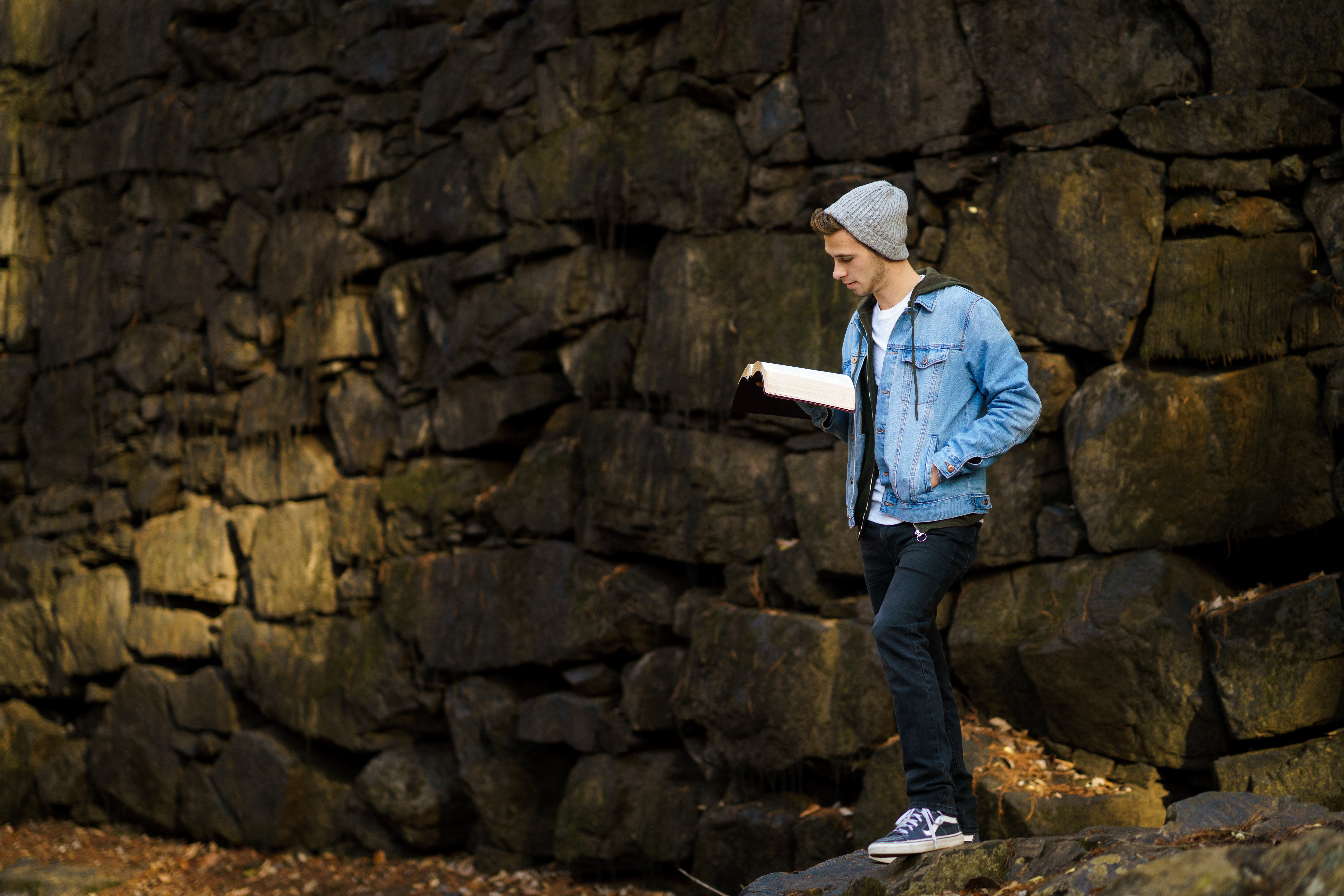 I rather like Peter. I know he’s Jewish, but in my head I like to picture him as a burly redhead, unruly hair spiraling in every which direction (yes, there’s no way he actually looked like that, but still…). Practical, to-the-point Peter. First to speak, first to jump into things, though never first thinking about it. But he’s not afraid of questions.

So it’s no surprise that he was the first to break the somber silence after Jesus’ discussion with the rich young ruler.

“Then Peter said in reply, “See we have left everything and followed you. What then will we have?”  (Matthew 19:27)

Practical, to-the-point Peter, ever putting his foot in his mouth.

His question seems so unspiritual. Can’t you see the eyebrows of the pious rise? Can’t you hear the whispers of disapproval at this uneducated fisherman? Because spirituality will have none of this.

Most leaders would have instantly rebuked him. “Don’t worry about what you’re getting! Just do what I say.” Other religions would have told him, “Reward is just an illusion in the scheme of the universe.” Good old-fashioned grit would have asserted, “You do it ‘cause it’s the right thing to do, and that’s enough!”

But those aren’t the answer Jesus gives.

Jesus doesn’t rebuke Peter here. He doesn’t give him an ambiguous dismissal. He doesn’t tell him to just do it. Jesus doesn’t raise his eyebrows or shake his head or sigh heavily over Peter’s shortsightedness. Rather, he does the exact opposite. For he who is the Truth is always practical in the truest way.

Jesus not only allows the question– he answers and affirms it. What will they get? “You who have followed me will also sit on twelve thrones… and everyone who has left houses or brothers or sisters or father or mother or children or lands, for my name’s sake, will receive a hundredfold, and will inherit eternal life.” (Matthew 19:28-29)

This seems off. To us, Peter looks like a gold-digger here, looking only at the reward side of things, just another one of his many blunders and missteps. This seems crude, getting rewarded for doing right. But perhaps we’ve picked that up from the Stoics and Gnosticism, or perhaps from the old Westerns telling us to just grit it up. Because the Bible is not stingy with handing out rewards.

Those who endure temptations  will receive crowns (James 1:12). Those who persevere will be clothed in white (Rev 3:5). Those who suffer will reign with Him (2 Tim 2:12). Those who are faithful in the little they have been given will rule cities (Luke 19:17). The meek shall inherit the earth (Matthew 5:5).  The persecuted shall receive the kingdom of heaven (Matthew 5:10). His children are heirs of God, joint-heirs with Christ–joint-heirs with Him who will inherit all things (Rom 8:17)!

Sometimes these promises can sound strange on our ears, these rewards given for doing right. But Jesus doesn’t think that way. There are proper rewards which are truly the capstone of the labor. Marriage is the proper reward for the man who long woos his bride. Victory is the proper reward for the general who long plans and strategizes. The Bible promises again and again rewards for the believer. So we shouldn’t try to be more unselfish than it. We shouldn’t try to be more spiritual than Jesus.

Your work will be rewarded. Each kind word, every patient deed, every small service, every long year of labor– he sees it, he remembers it, and he is faithful to reward it.

So let Peter’s question be a reminder. A motivator. Every little action has value, has worth. So use them. Glorify him every moment you can. Take advantage of every breath that you have. Leave all, surrender all, give it all up to follow him. Because you will get the rightful fruits of your labor. He’s preparing a place for us, one built from the gold and precious stones refined through the fire of our trials.

And yet, in the end, all our crowns that we earn we will cast down before the throne of the only one who deserves them. We’ll fall before him crying “Worthy are you, our Lord and God, to receive glory and honor and power!” So perhaps that’s the best way to view our rewards. Love and serve God every moment you can here, so you can give him all the more praise through every moment of eternity.

“Therefore, my beloved brethren, be steadfast, immovable, always abounding in the work of the Lord, knowing that in the Lord your labor is not in vain.” (1 Corinthians 15:58)

There are currently 8 Comments