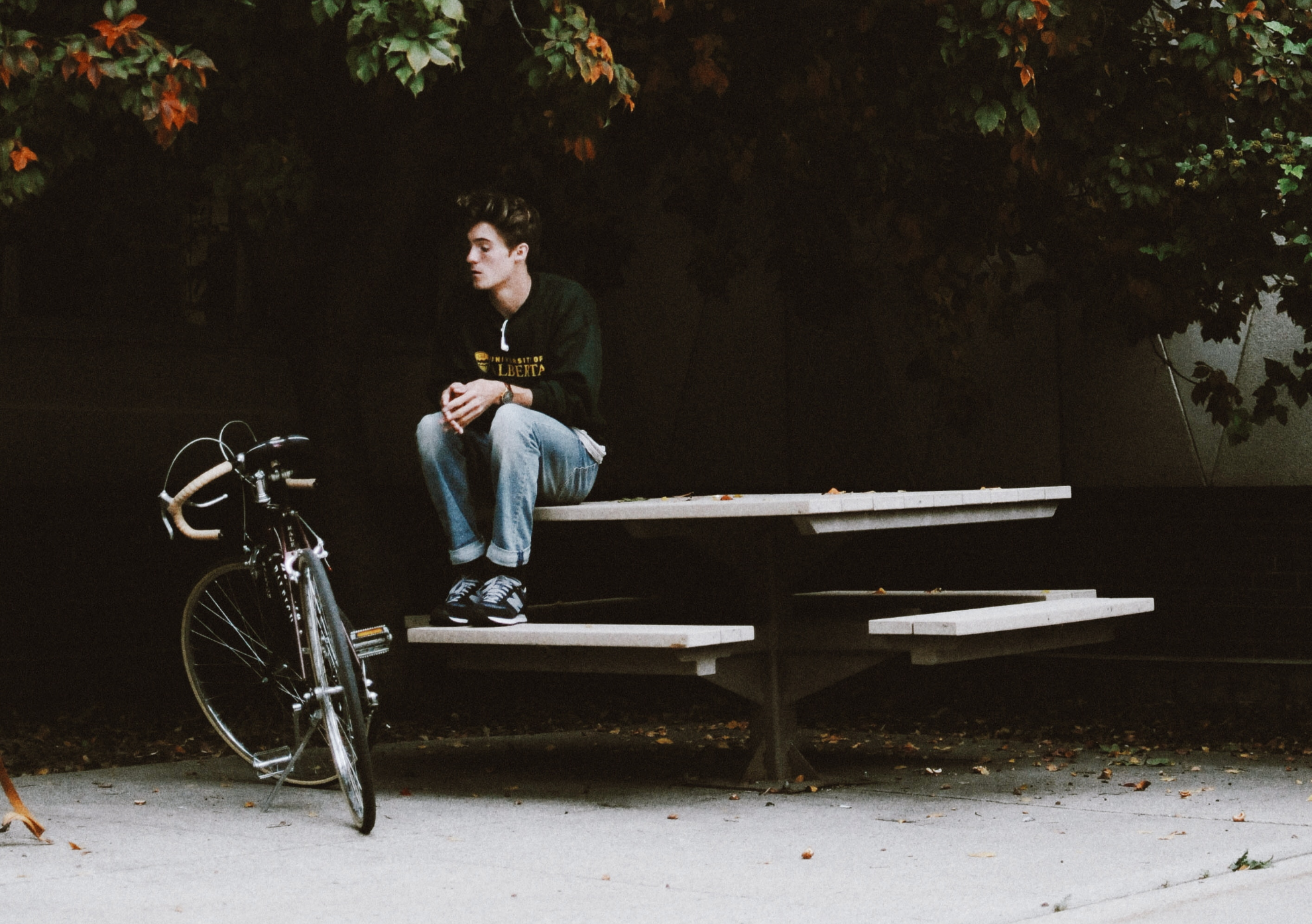 In my youth group, deep friendships abound and a genial attitude is the standard.

But sometimes, in the midst of a large conversations, I start to drift off by myself. Whether I was actually left out or I said the wrong thing or for any kind of self-perceived rejection, I feel like I’m not as good as everyone else. I’m not as special as them. I’m not as wanted or needed or valuable.

And that’s where I found myself yet again last month at the Spring retreat–hiding in corners, or showers, or wherever I could go to flee the voice that tells me I’m less valuable, less human, less loved than the people around me.

But that wasn’t the only voice I heard. Quietly, gently, another voice spoke to me, the voice of  the one whose Spirit is everywhere, whose presence I cannot hide from, as David said in Psalm 139–the one who knew me before I took my first breath.

It’s true that I might not be as close to some of my friends as they are to each other, and I don’t always have as much to offer. But that doesn’t dictate my worth.

My introversion, my social anxiety, my loneliness; they don’t define me. Even though they are a part of me, they are not who I am.

My worth is not found in my abilities or my weaknesses or how many people enjoy my company. My worth is in the fact that I belong to God, redeemed by the blood of Jesus, regardless of my popularity or personality problems.

Since when does the quantity of our speech or interactions dictate the quality of our relationships?

Who ever said that talking more means you have better ideas and stories to share?

And do you have to be the most outgoing, the most rambunctious, the most eager participant in every activity in order to be valuable?Sure, I may have hid during the human hungry hippos game and I may have watched from the sidelines during pictionary for fear of being swallowed up in the crowd. But that isn’t always a bad thing.Standing alone against the wall is where I met a kid who needed a friend. Sitting in the back of the van is where I met the sweet, vibrant girl who is now one of my most treasured companions. Staying at a distance from the crowds is how I’ve learned to seek the approval of Christ above the approval of others.God values both the boldly courageous and the gently quiet, the extrovert and the introvert, the famous and the unknown.

God values both the boldly courageous and the gently quiet, the extrovert and the introvert, the famous and the unknown. Click To Tweet

For the sacrifice of two copper coins, a widow was acknowledged by Jesus. His heart towards her was the same for countless of other outcasts. He recognized her faith when no one else did. He invited this overlooked woman into his family–not because of what she had to give, but because of her willingness to give what she had.

God doesn’t judge us by our follower counts but by our devotion to him.

If we love him, our faith will bear witness to him, whether in the grace of the few words we speak or in the compassion, generosity, and kindness of our actions.

By no means is God restricted in his ability to use his creatures for his purpose. We are all his masterpiece, created for good works which he has prepared beforehand that we should walk in them (Ephesians 2:10).By all means, he can use both the bashful and the bold.

It’s Part of His Plan

It may be difficult to recognize the good sides of my personality when I’m faced with large groups of people and I struggle to function. There will be nights when the loneliness is real, because the courage it takes to make friends is sometimes too much for me. And I will be overlooked and forgotten many times, because that happens often when you don’t naturally radiate energy to those around you.But if that’s the way God decided to make me, then he will most certainly use every aspect of my personality and every struggle I face according to his perfect plan. I may be hard to notice, but I still exist.I may be quiet, but I still have a voice.I may be less influential, but I can still have a deep an impact on the people in my life.

Don’t ever believe that your differences detract from your worth. Diversity is part of God’s glorious plan, not a disadvantage. Either we allow our personalities to divide us, or we bring them to God as a sacrifice, working together to use whatever he has given, wherever he calls, to build up the body of Christ.

Either we allow our personalities to divide us, or we bring them to God as a sacrifice, working together to use whatever he has given, wherever he calls, to build up the body of Christ. Click To Tweet

“For just as the body is one and has many members, and all the members of the body, though many, are one body, so it is with Christ. For in one Spirit we were all baptized into one body—Jews or Greeks, slaves or free—and all were made to drink of one Spirit. And if the ear should say,’ Because I am not an eye, I do not belong to the body,’ that would not make it any less a part of the body. If the whole body were an eye, where would be the sense of hearing? If the whole body were an ear, where would be the sense of smell? But as it is, God arranged the members in the body, each one of them, as he chose.”–1 Corinthians 12:12-13, 16-18