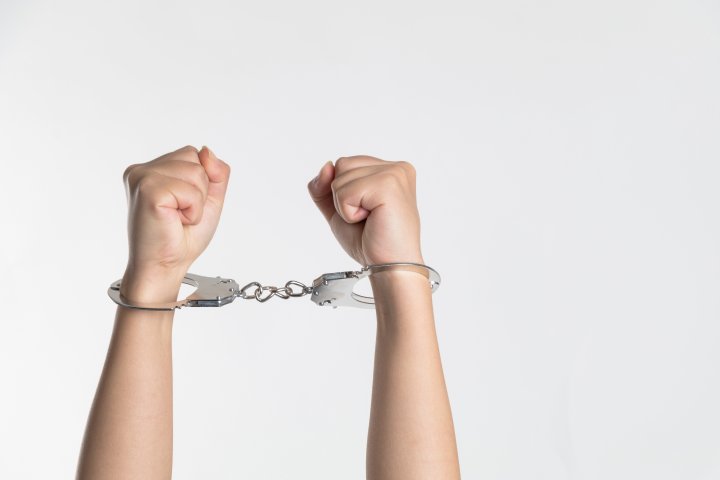 The words aren’t just the catch-phrase for a movement, but a reality. Doing hard things takes determination, grit, and die-hard commitment to push through the pain.

Right now, I’m on the brink of the biggest hard thing I’ve ever done. Throughout my journey as a rebelutionary, I’ve done things that terrified me. I’ve grown stronger and braver. I’ve tested the limits of my comfort zone and gone beyond them. I’ve seen God move. I’ve felt his presence uplifting me. But through it all, I’ve known one thing: the impact our hard things have isn’t confined to this earthly realm.

And neither is the opposition we receive as we do them.

Before the hardest things I’ve done, and the biggest breakthroughs I’ve experienced, I’ve always felt the oppression, attack, anxiety, and irrational fear trying to overtake my mind. I’ve been paralyzed with insecurity and doubt.

This time is no exception.

I’m overwhelmed and terrified. The task before me seems insurmountable, the fear in my heart overpowering.

But every time, without fail, God has brought me through, and done things greater than I could fathom.

So I’m pushing through. Not giving up. And most importantly, I’m fighting.

Satan hates our hard things. He hates this movement of rebelutionaries.

The hard things we do are ultimately for Jesus, for the glory of his name and furtherance of his kingdom. That’s why our hard things matter—and why we’re so fiercely attacked as we do them.

With every hard thing we do—every time we don’t give in to fear and share the Gospel, every time we destroy our pride and do small hard things well, every time we accomplish what the world says is impossible, every day we live sold-out for Christ—God’s name is glorified and Satan’s attacks and lies crushed a bit more.

We need to keep going and keep fighting. I’ve searched Scripture, and found six ways to fight when the enemy attacks as we do hard things.

This is a battle unlike any we can comprehend. It’s fierce and deadly serious. We would be unable to withstand it, and even less equipped to fight in it, except for one thing: God’s Word commands us to, tells us how, and is, in fact, our most powerful weapon.

In light of these words of truth, the Father of Lies and every demon must flee. In Matthew 4, Jesus demonstrates this when Satan tempts him in the wilderness. Weak and vulnerable, the Son of God takes up this weapon with the words “It. Is. Written.” Three times he repeats it, quoting Scripture in the aftermath of temptations, combating Satan’s lies with pure truth. And the enemy left.

We can hold in our hands, and speak with our mouths, Words of unprecedented, immeasurable power.

The next time Satan lunges to attack, open the Word, lift up your sword, declare God’s truth, and block the enemy’s advance.

The next time Satan lunges to attack, open the Word, lift up your sword, declare God’s truth, and block the enemy’s advance. Click To Tweet

Samuel Chadwick wrote in his book, The Path of Prayer, “[the devil] fears nothing from prayer-less studies, prayer-less work, prayer-less religion. He laughs at our toil, he mocks our wisdom, but he trembles when we pray.”

Prayer is more powerful than we realize. When we pray, we’re entering the throne room of God—and stepping onto the battlefield. Over and over in Scripture we see proof of answered prayer.

When Daniel set his heart to pray and fast for three weeks, God sent an angel to him, and Daniel’s prayers exactly covered the time the angel struggled against the evil forces delaying him. (Daniel 10:1-14)

And James tells us, “The prayer of faith will save the sick,” and, “The effective, fervent prayer of a righteous man avails much.” (James 5: 15, 16)

If we’re not seeing answers to our prayers, maybe it’s because we’re giving up too soon. If we don’t believe our prayers can have any effect on the enemy, they probably won’t. Prayer isn’t a comfortable exercise—it’s hard work and discipline and it requires persistence and perseverance.

If we’re going to fight, we must fight on our knees.

When I feel like I’m in the thick of battle, I intentionally take the time to “dress myself” for war. Ephesians 6 outlines our armor. Praying through the passage and reading it out loud, I verbally clothe myself with the protection God offers.

Usually it looks something like this, “I’m standing in Christ, putting on the belt of truth. God’s Words are truth, and everything the enemy is trying to tell me is a complete lie. I’m strapping on the breastplate of righteousness— not my righteousness, but Christ’s, purchased for me with His blood on the cross. (vs.14) On my feet are the shoes of the preparation of the gospel of peace. I can walk in God’s peace today. (vs. 15) Above everything, I’m picking up the shield of faith. No darts of the enemy can penetrate it. (vs. 16) On my head is the helmet of salvation. I’m saved and I know I’m saved, and Satan can’t steal my salvation from me. And lastly, the sword of the Spirit, which is God’s Word. (vs. 17)”

I do this, because it gives me a visual and verbal outline of what my “armor” and “weapons” are. It grounds me in God’s Word.

Psalms is a book filled with praise. Again and again, it proclaims the power, beauty, and goodness of praising God. Even when the Psalmist was overwhelmed and anguished, he nearly always ended each Psalm with a call to praise.

Satan can’t withstand the pure praises of God’s people. Praise is one of the strongest levels of spiritual warfare. When we praise God despite our circumstances, chains are broken, strongholds crushed, walls destroyed, and armies defeated. Think of Paul and Silas, praising in prison. (Acts 16:25, 26) Jehoshaphat, leading his army praising into battle. (2 Chron. 20:15-24) The Israelites, praising the walls of Jericho down. (Joshua 6)

Satan can’t withstand the pure praises of God’s people. Praise is one of the strongest levels of spiritual warfare. Click To Tweet

God responds to our praises. So does Satan. God is glorified. Satan is thwarted.

I’ve learned this lesson the hard way. Too stubborn to admit I needed prayer, I suffered alone, until I reached the breaking point. But when I surrendered my pride, I learned a beautiful truth.

There are few things more powerful and moving than praying for another, and being prayed for. Joining hands and hearts with each other, and passionately interceding together is impactful, and always brings me to tears. Scripture, once again, first teaches us this truth.

In Matthew 18:20, Jesus tells us, “For where two or three are gathered in my name, there am I among them.” Deuteronomy gets more dramatic and says, “Five of you shall chase a hundred, and a hundred of you shall chase ten thousand.”(32:30) And Ecclesiastes famously declares, “And though a man might prevail against one who is alone, two will withstand him—a threefold cord is not quickly broken.”(4:12)

There’s strength in community. Our impact is multiplied as we reach out to those around us and fight this battle together.

I recently shared how I was struggling with a friend. Her response encouraged and strengthened me: “The enemy hates what you’re doing…so keep going! A pastor at my church recently said, ‘May the opposition of hell be the affirmation you need to keep going and obeying God.’”

You’re guaranteed victory if you’re submitted to God. God already won the war—we can have victory in the battle. James 4:7 tells us, “Therefore submit to God. Resist the devil and he will flee from you.”

There’s no caveats, no if’s, and’s, or but’s, no fine print—just the command to submit and resist.

If we’re doing hard things for God, we’re automatically a target for attack, and we will receive opposition from the enemy. But this doesn’t have to be something that scares us. We don’t have to cower or live in fear. That’s what Satan would want us to do, but not what God calls us to do. We’re victorious. We’re equipped. We’re filled with God’s Holy Spirit and covered with the armor we need. God’s Words are a force to be reckoned with. With them in our hearts and on our lips, so are we.

We’re not powerful in our own right or strength. On our own, we can’t fight at all—but because Jesus has already fought for us on the cross, we’re able to stand strong and live freely.

On our own, we can’t fight at all—but because Jesus has already fought for us on the cross, we’re able to stand strong and live freely. Click To Tweet

Remember, we don’t wrestle against flesh and blood, but against principalities, powers, rulers of darkness, and spiritual hosts of evil. (Ephesians 6:12)

Pray. Praise. Put on your armor. Pick up your sword. Have comrades in battle.

And fight, knowing that victory is yours by the blood of your King.

“Finally, my brethren, be strong in the Lord and in the power of His might.” (Ephesians 6:10)

is an 21-year-old speaker and author and Managing Editor at theReb. Her first book, Love Riot: A Teenage Call To Live With Relentless Abandon For Christ released from Baker Books in May 2020. Along with her work on The Rebelution, she also contributes to websites like The Gospel Coalition and Girl Defined. Connect with her on her website sarabarratt.com.