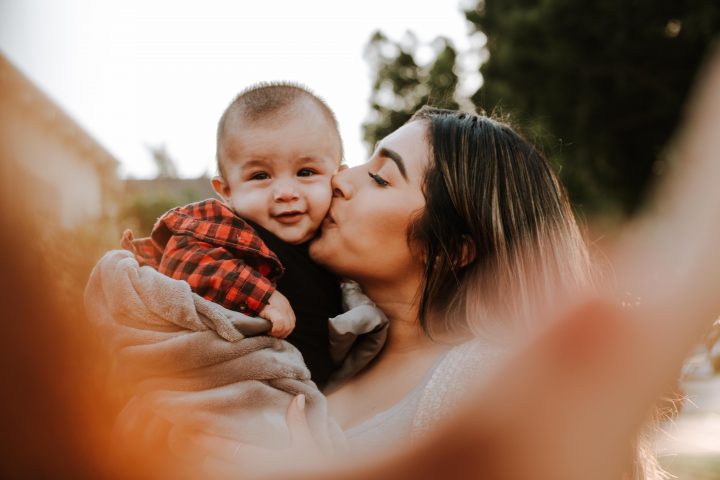 As an American currently living and serving in a different country, I often find myself trying to explain the political climate of my country.

I love the United States and am saddened by the incredible amount of angst currently existing between the different political viewpoints. The climate appears very un-united.

And, of course, one of the most common hot-button topics is abortion.

I recently heard about the movie that came out about the abortionist, Gosnell, and his trial. I tried to find it online and couldn’t. In my search, however, I encountered different videos discussing the topics of abortion, planned parenthood, etc. The things I saw and heard made me sick, made me itch to close the tab I had open–anything but continue listening to the cavalier manner in which a precious child’s life and body were being discussed and handled.

Recently, I listened to a talk given by political commentator Ben Shapiro, opposing abortion. In that talk, he took our reaction of disgust towards photos of post-abortive babies and compared it to a common reaction of disgust toward photos of the scars of slaves in the pre-civil war era. It hit my heart with conviction. All I can say is, God forgive me for my own oblivion, for hardening my heart, saying it is something horrible but doing nothing about it.

God forgive me for my own oblivion, for hardening my heart, saying it is something horrible but doing nothing about it. Click To Tweet

It’s been said, “The only thing that evil needs to triumph is for good people to do nothing.”

Imagine if Harriet Tubman, William Loyd Garrison, Thomas Garrett, Harriet Beacher Stowe, and others like them, had stayed silent to avoid unnecessary hardship, how many more people would have suffered and died in slavery?

Just think how easy it would have been to do absolutely nothing. After all, it was legal, it was being done by a lot of people—respectable people on occasion and many had money and influence as well. It could have seemed an impossible situation to remedy.

However, men and women were willing to risk their lives, because they believed, “Silence in the face of evil is evil itself,” as Dietrich Bonhoeffer said.

When faced by things such as slavery, or a bloodthirsty, cruel man, such as Hitler, the difficulties can seem insurmountable. Our society on a whole has often been silent on defending the life of the unborn, but oh Church, we also have been silent when we should be the ones speaking the loudest. We talk plenty. But the world has tuned us out. Like the boy who called wolf too many times, they choose to ignore when we speak. To speak is cheap. C.S. Lewis said, “Only a real risk tests the reality of a belief.”

But if I may generalize, for a moment, and call out to those in the church who, like myself, have turned our blushing faces away from this atrocity called abortion. We’ve ignored what is happening across our country.

I’m concerned for my country. The division is unpleasant to see, and frankly, it was in the pre-, mid-, and post-Civil War era as well. The reasons we are currently divided are so varied, at times it is hard to not want to laugh at the ludicrousy of things that are being debated.

We can’t be afraid of division, as there is “a time to tear, and a time to sew; a time to keep silence, and a time to speak;” (Ecclesiastes 3:7) But if we are to be divided, let it be between good and evil, light and darkness, death and life. About things that matter and are close to the heart of God.

But if we are to be divided, let it be between good and evil, light and darkness, death and life. Click To Tweet

The cause of the defenseless is near to God’s heart and He has been placing that same passion in my heart. Now is not the time to be silent. While we must be respectful of others, we must be unyielding in our fight against abortion. We aren’t simply fighting against legislation. We are fighting for lives.

For the most innocent of lives.

In light of that, we can’t depend entirely on the government to fix this, though we should pray abortion becomes unthinkable to those in office. We as a church need to be reaching out to mothers with love and guidance, helping pregnant teens, being willing to adopt children that would otherwise be aborted–and a myriad of other things to stand up and defend life.

We need to be praying for opportunities to be Christ to the hopeless and scared. To defend the cause of the defenseless without yelling at a young mother who is being fed the world’s lies. We need to stop our hypocrisy, stop our empty talk, stop our hateful words, and live as Christ lived, love as Christ loved.

Yes, there is a time for picket signs and debating. Maybe there is even a (very infrequent) time to put a comment on Facebook or YouTube, but, in the long run, actions speak louder than words, and we have spoken far too many words with far too few actions. Even in righteous anger, we must also remember that the mother is created in the image of God, just as much as her unborn baby.

In righteous anger, we must also remember that the mother is created in the image of God, just as her unborn baby. Click To Tweet

Thankfully, where I am living, abortion is still illegal. However, I will be returning to the United States soon, so this is a reminder to myself, and this is a call to my brothers and sisters in Christ, especially those with friends at school or work who are considering abortion.

God has already given you an opportunity.  Be a voice, be an advocate, be a friend.

This is not a situation in which we can be silent. We can’t use the “I’m not feeling called” card.

Children are being brutally murdered, and as individual believers in Christ, we are called to look after the defenseless, the orphan and the widow. Just like preaching the gospel, this isn’t optional.

Children are being brutally murdered, and as individual believers in Christ, we are called to look after the defenseless, the orphan and the widow. Click To Tweet

That doesn’t mean everyone is able to take in pregnant teens or adopt their babies, but whether by praying fervently for abortion to end, giving meals and donations to adoptive families or single mothers, supporting or volunteering at pregnancy centers that defend life, respite care babysitting, or advocating in a parking lot with love. We must be involved.

Rise up, church, and refuse to be silent in the face of evil. Like Esther, let’s speak into the lives that God has given you influence, whether or not you have been “invited by the king.”

Perhaps it is for such a time as this that God has given you breath.

is 19 and from the once rolling prairies of Illinois. She is currently finishing a year of serving in an orphanage in Bolivia. God has used her time there to give her a deeper passion for the cause of the fatherless, and a greater conviction that the time here on earth is short and to be used, every breath, for the glory of God.