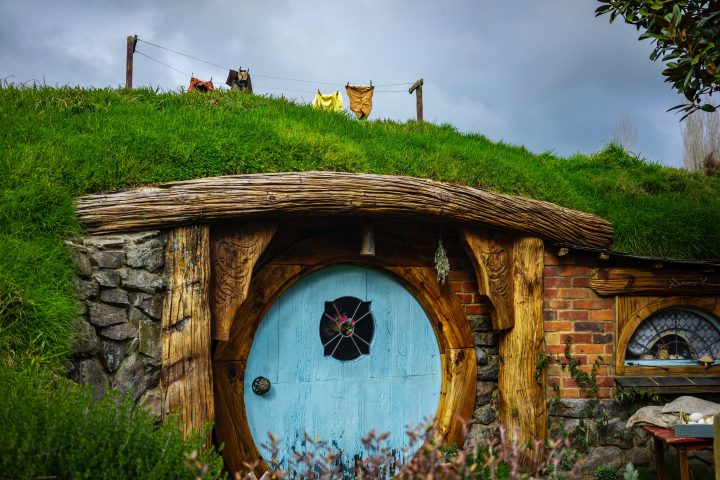 My favorite stories end with everyone cheering, quite possibly a dance number, and every bit of the plot tied up in a pretty little bow.

Everything turns out right, everyone gets what they wanted (except the villain, of course), and everyone is completely happy. We defeat the evil, all the colors turn brighter, and the boy and girl protagonists smile as they look into each other’s eyes. And I’m sure as I described this, you could picture half-a-dozen movies that fit right into this mold. Happy endings, where everything is alright, are overwhelmingly common.

Of course, there are nuances even in film. Pixar gives us happy endings, though perhaps not the ones we thought we would get. We don’t live in our home on Paradise Falls, but we do end up finding another purpose, another adventure in life. Different, but still a happy ending.

Yet still, the vast majority of our media paints in much broader strokes.

We’ll rescue every civilian off this floating city before the maniacal robot sends it plummeting down, and even then, we’ll obliviate it before it can really hurt anyone. Or we’ll pretend to be each other, switch places, and convince our parents to get back together again.  Or we’ll break the spell, and everyone will be happy and friends once more. Yes, we were a little worried there in the middle, but now everything is back to the way it was before, nice and sweet and happy.

And sometimes we’d like to think life works that way too. Perhaps wrong won’t be defeated by having a special artifact or special person or a special riddle, but still, there’s an answer. After all, isn’t media supposed to be a reflection of reality? Books, blogs, and blockbusters all declare to us we just need to follow these three steps, believe these four facts, and say these five words, and all our problems will disappear.

But we’re treading in dangerous territory when we as Christians, when the Church, buy into the idea that all hurts can be quickly mended like that. Life isn’t a Pureflix film, where all the characters mend their wounds and relationships in an hour and a half. But we’d like to think it is. We want one prayer to fix everything. We want one conversation to heal a rift. We want to allot a certain time, a certain date on our calendar to deal with hurt; to give one definitive answer, and then not have to deal with it again. But that’s not how hurt works. That’s not how grieving works.

Life isn’t a Pureflix film, where all the characters mend their wounds and relationships in an hour and a half. Click To Tweet

So we shy away from it, patting it on the shoulder, saying, “We’ll pray,” but then scooting away and wishing things would return to normal. We tell ourselves everything should be regular and sensible, that we’ll get what we wish, that evil isn’t so big, and doesn’t really make a mark, because we don’t want to face the alternative.

If you’ve read J.R.R. Tolkien’s Lord of the Rings, you know those wishes aren’t really true. Tolkien’s stories are filled with grave evils, with unanswered and unfulfilled longings. Yes, The Lord of the Rings does end with the triumph of the Fellowship, the fall of Sauron, and the return of the king; but life does not go back to being quite the same as before.

They can’t go back to the good ol’ days. There are still losses and hurts that might never be remedied. We never know if the Ents find their Entwives, and all evidence points to the contrary. The hobbits come home to a Shire ravaged, with the Party Tree hewn down. The Elves are still sailing West, and Frodo eventually goes with them. Much that once was good and fair is lost, and few who now live remember it. Yes, they find victory and joy, but it’s not the same as before. Evil left its mark.

Sometimes I like my Hallmark-y movies much better than that. In them, everything will be ok; everything will be just as it was. But I’ve seen and heard hurt up close, and I know that’s not true. Things and people get broken. They get hard. Your friends die. Spouses wrong you. You’re ostracized by those who should support you.

Terrible, terrible things happen, and people are deeply wounded. Choices are made, and they shatter people. And in all this we wonder if it’s even worth it, with all this dark and hurt and lonely corners and crying midnights and biting silence. To try to shrug that off is a mockery; to lessen it is another wrong.

But as grave and as real as hurt may be, healing is realer still. There’s still good in this world, and it’s worth fighting for. Things are broken, but they can be put back together. They aren’t the same, no. But they can still be good.

But as grave and as real as hurt may be, healing is realer still. Click To Tweet

When we think that all problems can be tied off with a pretty bow, when we act like all issues can be nullified, we’re cheapening hurt. We’re denying evil. We’re deceiving ourselves, closing our eyes and plugging our ears to the reality of life.

Because if we think we can bottle evil away, we’re lessening the Gospel. We’re lowering the stakes. A small wrong doesn’t take much to defeat it, but an overwhelming hurt needs a powerful healer. When we don’t see evil for what it truly is, we don’t fully see the wretchedness of sin and the ravages it has done either. (Rom. 7:24)

Movies understand this. How often do we see a scene of the heroes walking into the aftermath of destruction, showing us how great the evil truly is? They stumble into the burnt-down village, shocked and staring at the workings of evil. One picks up a doll, a symbol of good that was destroyed. This place will never be the same again. So they resolve to fight, to stand, to ensure the same never happens again.

Don’t we see the same echoed in the world? When we’re faced with hurt, we’re looking at the carnage of sin. Families and people are destroyed by the enemy. It won’t be the same again.

But Christ came, fought, and in dying overcame, so that the same doesn’t have to happen again. (Heb. 2:14)

The darkness we see is proof of how much the light is worth. It shows us how much we need it.

And not everything has been ruined by the darkness. Like stars above, there are some lights that the darkness cannot quench. Whole things are good, and thank God for the people and things in this life that haven’t been shattered by the brokenness of this world. But mended things are good too. You tell a story of redemption, hope, and a powerful God.

When we trivialize hurt as something easily fixed, we lose something. When we silence sorrow, we drop a necessary note. Somehow, things can be better for being broken. Not the same, and to pretend that they could be is a lie. But perhaps it’s like a Pixar ending–different, but still good. Like a painting made richer by its darker colors, for they make the light stand out. Like returning home, not the same hobbit, but still able to say, “Well, I’m back.”

So we can’t shy away from seeing hurt. We can’t shrug away the problems of this world. Wrongs don’t evaporate, and life doesn’t mend itself in a 90-minute run time. We must face the wrongs head-on, not flinching nor wavering, seeing them in all their ugliness–yet holding out hope, holding out the word of life. (Phil. 2:16) Fighting for light. Knowing goodness still prevails. Yes, it might not be the same, but it can still be good.

We must face the wrongs head-on, not flinching nor wavering, seeing them in all their ugliness--yet holding out hope, holding out the word of life. Click To Tweet

Because we know one day it will be. One day all tears will be wiped away, one day we’ll see it was all worth it (Rev. 21:4). One day we’ll see the Righteous One, who bears on His hands the scars of the Greatest Wrong, that somehow are made good. Where somehow, everything will be better for having gone through the hurt. We’ll rejoice, not as naïve children, but as only those who have known pain can greet joy.

Somehow, it will be good, and on those far shores beyond the West we will yet live happily through the end of days.