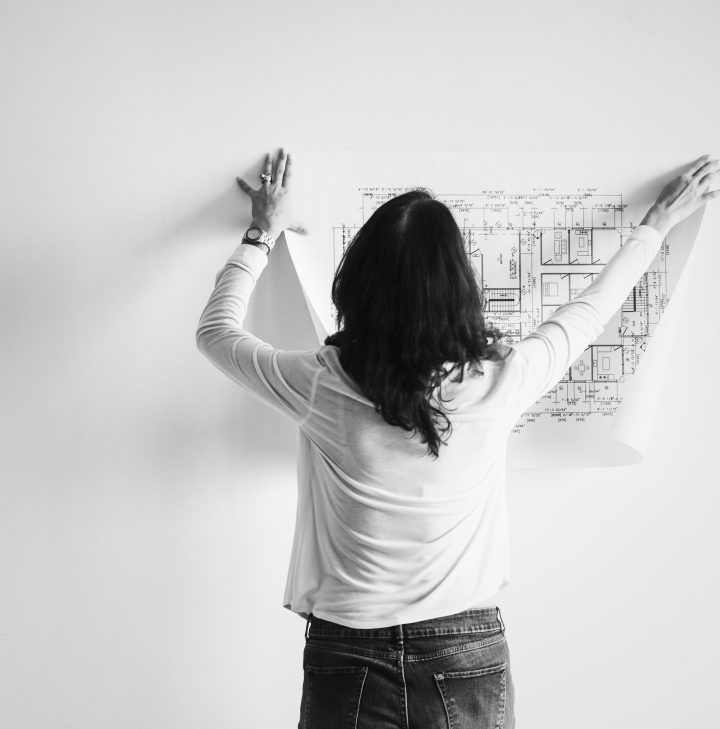 My schedules and planners say I want to know my future.

What should I do once I graduate? What friends should I hang out with this week? Should I pursue a writing career, or an engineering one? Should I accept this job in Colorado, or move with my family to Florida? Should I begin this new relationship, or wait for something else?

We want to know what we should do, how to do it, and how everything will turn out.

Because uncertainty is terrifying. We don’t want to not know. So we plan. We schedule. Then we’ll know our future. We have our five-year plans and our ten-year plans, we have our fancy to-do lists and weekly schedulers, we listen to productivity podcasts and drink our energy tea. Because then we know exactly what we’ll do, and ensure that we’ll do it all.

Now those kinds of planners and podcasts aren’t wrong, most of them are helpful even. But the best-laid plans of mice and men often go awry—and especially so when you’re hit by the stomach flu.

When the Flu Sends Your Plans Down the Drain

It took me a while to get on the 5-year planner and bullet-journal goal train, but then came college, and I had to hop on board quickly, else I’d be trudging far behind where I need to be with my assignments. And I got good at it. I filled my planner, scheduled my week, had a snazzy whiteboard with all my appointments, assignments, and papers written on it—and I felt quite proud of myself. I had done it. I had gained control of my future. I had control of my life.

Yes, midterms were approaching, but I was a four-week veteran of this process. I had nothing to worry about. I had a plan and master-notebook and an outline and a schedule—and suddenly, I also had the stomach flu.

As the science may have it, the human body apparently is not physically able to both study and dry-heave at the same time. I’ll attest to this, I personally attempted that experiment several times. Also, four saltine crackers is apparently not enough to nourish the brain to function for a full day, nor is one glass of Sprite enough liquid to keep the paper-writing gears turning. Wonderful advances in such scientific knowledge were made by me that week, but as for my plans and studying? Those went down the drain. My so-called control fell apart as my fever rose.

Fortunately, I recovered in a few days and was able to finish all my assignments, albeit with many late nights (and technically mornings as the hands keep ticking past twelve). But God used that week to show me the state of my heart. He revealed how my need to plan everything was truly an idolatry of control.

The Idolatry of Control

I’m not saying planners or goal-setting are bad things. In fact, both are incredibly helpful, especially for those of us who tend to procrastinate. It’s important to be aware of what needs to be done, when assignments are due, and when you’re supposed to meet people. That is part of being a good steward and being a responsible person—both good things.

But when good becomes more important than God, it’s an idol.

“Come now, you who say, “Today or tomorrow we will go into such and such a town and spend a year there and trade and make a profit’–yet you do not know what tomorrow will bring. What is your life? For you are a mist that appears for a little time and then vanishes. Instead you ought to say, ‘if the Lord wills, we will live and do this or that.’ As it is, you boast in your arrogance. All such boasting is evil.”

We don’t know what tomorrow holds. Yet so often we act like we do, just so that we can feel like we’re in control. We wish to be masters of our fate, not adrift, loose in the sea of life, helpless before the winds of the unknown. And yet in reality there’s nothing we can do about it.

We’re not in control, and anything that makes us think we are is just a mist. We don’t know what’s going to happen once we graduate. We don’t know if our friends will agree to hang out with us or not. We can’t control whether or not that college will accept us, jobs can disappear so quickly, and relationships can end as soon as then begin. In spite of our planners, our schedules, and our to-do lists, we really don’t know how the future is going to go.

But that’s ok. Because God does. We’re not the ones supposed to be controlling how everything will go. God is. And he will.

He can make sure the right college accepts us, he can open and close the right career doors, and he can drop that right person seemingly out of the blue clear sky.

That’s not to say these “rights” will exactly match our plans of what the correct place, person, or way should be. But they are the right way, because they’re from the One who knows exactly how our stories should go.

So go ahead and plan. James doesn’t say not to. But he does say to do it in the proper perspective. “If the Lord wills” should be how we live as we schedule out our weeks, open to God’s leading. Yes, plan your time, but don’t put all your trust in those plans. Don’t love them too much. Don’t carve them onto stone tablets and make them the rules of your life.

If we hold our plans closed-fisted because we want control, we’ll never be able to open them to receive the good that the True Ruler wants to give us. If I had followed the plans young me had set, I would have never taken a gap year, I would have never been involved with the ministries I now work for, and I would have never written for TheReb (so you would have never read this). So take a breath, let go of the need to control everything, and give your plans to Christ.

Everyone’s story looks different, everyone’s plans and schedules look different, and the plans that God has for each of us looks different too. So let the Spirit lead you as you schedule. Make plans, make big, wise, exciting plans. But above all us, plan to follow Jesus. He’s got this.

(And maybe try to avoid the stomach flu too.)

is an author, adventurer, and professional editor at 22, seeking to see the reminder and reflection of Christ’s glorious Gospel in all of life. A homeschool graduate, when she's not writing you can find her studying for her Biblical Studies and English degrees, working with children, singing and dancing around the house, or discussing theology with friends over hot chocolate. You can find more of her writing on singleness, adoption, Narnia, thunderstorms, stories, and Christian living at Seeing Everything Else. Interested in improving your writing? Reach out to her at Isabelle Ingalls, Editor.