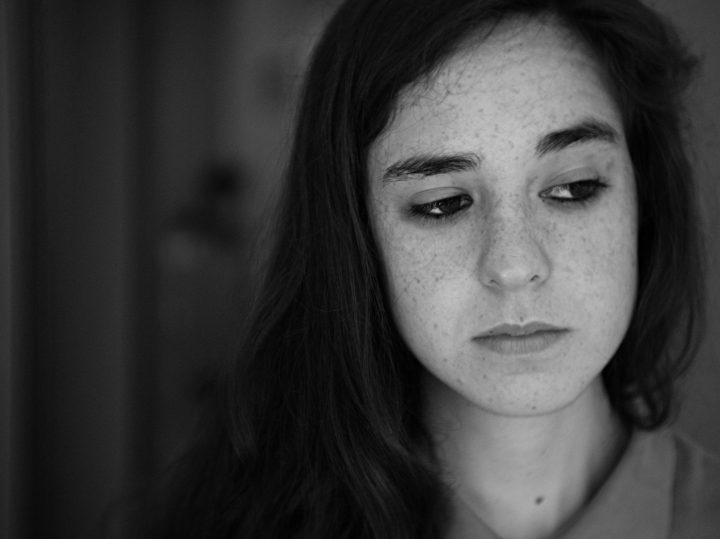 I never realized how much the fear of inadequacy controlled my life until recently. I’ve always been afraid– afraid of being incapable of doing a good job, and then fearing that my expectations of a “good job” weren’t high enough. Afraid of making mistakes, and then fearing of what other people might think of me when I did.

Have you ever experienced this overwhelming feeling of failure and self-doubt? If you have, then I have some good news for you. But we’ll have to start at a seemingly dispiriting place to understand it.

Fear is rampant. We panic when life’s storms strike. We’re afraid of losing others’ respect for us, and the very thought of revealing our hidden past terrifies us. And then comes the feeling of inadequacy, which Moses all-too well knew.

When God commanded Moses to lead the Israelites out of Egypt, his immediate response was, “Who am I that I should go to Pharaoh and bring the children of Israel out of Egypt?” (Exodus 3:11) Further in the scripture, he even pleads, “Oh, my Lord, please send someone else” (Exodus 4: 13).

We look at Moses’ responses and ask, “Didn’t he understand God’s power? Didn’t he trust that God would undeniably equip him for the task?”

You see, we tend to treat God the same way Moses treated him in this scenario. We ward off his perfect plans and righteous will only to deprive ourselves of the riches of his grace. We hide behind excuses and disqualify God’s calling that he predestined for us “before the foundation of the world” (Ephesians 1:4) This is big!

We ward off his perfect plans and righteous will only to deprive ourselves of the riches of his grace. Click To Tweet

Comparing ourselves to others also fuels this fear. We measure up our own capabilities and appearance against others and feel inferior, so why put ourselves in a position that might endorse those feelings?

Remember– the power of inadequacy is strong, but the supremacy of Christ is far stronger.

So how do we rid ourselves of this crippling fear and embrace life fully as God intended all along?

We hate to do it. We hate to acknowledge our mistakes in full disclosure before anyone, let alone before God. It makes us feel weak and belittled, and who desires to reside in such feelings, right?

But humility before God is more than just a momentary state of uncertainty– it’s a step towards freedom.

The Old Testament recites the story of King Jehoshaphat feeling afraid as war approached. He cried out to God saying, “For we are powerless against this great horde that is coming against us. We do not know what to do, but our eyes are on you.” (2 Chronicles 20:12)

King Jehoshaphat humbled himself before God by admitting his dependency upon him. Faith works this way– faith admits the need for help. Pride won’t. Faith casts anxieties on God. Pride won’t.

But King Jehoshaphat didn’t just stop there. He took another important step and proceeded to battle despite his fears. And what happened? He experienced God’s strength at work on his behalf. God honored him completely for trusting in him.

You see, Jehoshaphat’s confession of anxieties didn’t just end with sorrow– it was a rejoicing in the gospel.

James 4:10 states, “Humble yourselves before the Lord, and he will exalt you.” He did it to King Jehoshaphat, and he will do it to you too. All you need to do it admit and submit.

As individuals, we tend to settle on solely what we’re comfortable with. We don’t like change, and we certainly don’t like being thrown into situations that do not demand such a need.

The truth is, God often invites us to do things far beyond our natural capabilities so we can grow in understanding of his character.

The truth is, God often invites us to do things far beyond our natural capabilities so we can grow in understanding of his character. Click To Tweet

But where do we find this encouragement to say yes and choose obedience? By his scripture, which is “breathed out by God and profitable for teaching.” (2 Timothy 3:16) This is powerful!

Saturating our minds with his truth will stir our affections for Christ and ultimately bring us closer to him. So turn to God’s word for comfort and affirmation. James 4:8 expresses on behalf of this thought: “Draw near to God, and he will draw near to you.”

“I am the way, and the truth, and the life. No one comes to the Father except through me.” (John 14:6) A simply stated but resurrecting truth; that is, if we abide in him and seek freedom. But how do we seek freedom? We seek him first.

Freedom is to not only be so captivated by, but mastered by God that we become rational suddenly and perceptive of his truth. In freedom, we savor the sovereignty of God himself so intensely that we are totally his. In it, we can freely love and delight in the Lord and become satisfied in him.

Slowly, that feeling of inadequacy starts to drift away as you’re conquered by God’s infinite purpose for your life. We just need to extend our arms out to God, allow him to take control, and watch as fear takes flight.

is a 17-year-old junior who lives in South Florida. Managing Editor of her school newspaper, she has a passion for journalism and writing about anything from culture to the arts to her faith. She attends Greenhouse Church South Florida, and has been able to pursue Jesus since then. She plans to attend the University of Florida this summer for a journalism internship, and school there eventually as well.