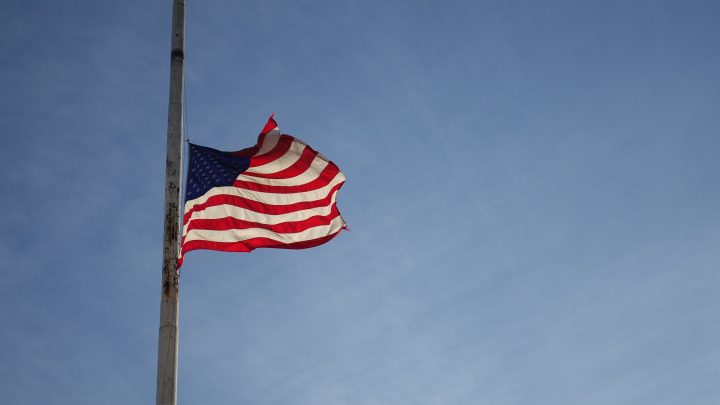 My earliest memory of celebrating Memorial Day is attending a parade at seven years old, waving my flag and cheering wildly when my favorite fire truck honked at me. I understood that freedom was not free, I promise you that. The depth of that truth and the full meaning of the holiday, however, did not cross my mind.

That’s how it’s supposed to be when you’re seven years old. Reverent and honoring, yes, but happy in the knowledge that you’re free without a care in the world. That’s exactly the way it should be.

We are, after all, remembering the soldiers who gave their lives so that seven-year-olds could be carefree and happy. It’s how they would’ve wanted it to be.

But we can’t stay seven years old forever. There comes a time in every area of life when something clicks and we understand more than we ever did before.

Why should we care? What is so important about a day to remember soldiers who have died? And how does that pertain to doing hard things?

1. They gave everything…the least we can do is remember

“All gave some but some gave all” has become such a common phrase, we can say it without that reality sinking in. Every soldier has given something. Ever heard someone say that in war there are no unwounded soldiers? That’s absolutely true.

And some of those soldiers left behind everything they loved, their lives, their dreams, to die in an explosion of fire or a rain of steel in countries we’d be hard-pressed to find on a map.
Shouldn’t we act like that means something to us?

May I remind you that Jesus Christ did the same thing…only infinitely greater? He was not a fellow American. He was God. He didn’t die for a country that loved Him. He died for sinners, for people who hated Him.

Can’t we at least offer a little in return for such love—both our soldiers’ and our Lord’s?

Let that sink in for a minute.

The saying “the best things in life are free” will forever bother me. In a way, it is true. The best things in life came free for us. We didn’t have to bleed on a battlefield. And we will never have to hang in shame on an old rugged cross. Freedom, physical and spiritual, didn’t cost us anything.

But it cost someone everything.

Yet we continue to live as if the best things in life are simply free. That mindset can so easily slip into an easy-come-easy-go attitude. It didn’t cost me anything. I’m not invested in it. Why would it make a difference to me?

I’m not invested in it.

Can’t the depth of such love give you some appreciation for your free gift?

3. We should strive to be worthy of their sacrifice

One of the most convicting poems I’ve read is Eleanor Roosevelt’s “Wartime Prayer”:

Dear Lord, Lest I continue my complacent way, help me to remember that somehow, somewhere out there a man died for me today. As long as there be war I then must ask and answer, am I worth dying for?

Our soldiers died so that those couldn’t care less or outright disagree or worse, have the freedom to say whatever dreadful things they want about our troops. They died for the freedom to disrespect that very freedom. They don’t ask if the Americans back home will respect their sacrifice or stand for the flag.

Our soldiers died so that those couldn’t care less or outright disagree or worse, have the freedom to say whatever dreadful things they want about our troops. Click To Tweet

But we have every reason to ask it of ourselves.

Have we grown complacent? Do we live a life worthy of ultimate sacrifice? Do we strive to be worthy even if we can never live up to such love?

Wouldn’t giving your life be one of the hardest things anyone could do? Doesn’t that encourage you to tackle your own hard things?

We haven’t resisted to the point of blood (that’s Hebrews 12:4 paraphrased). But we are surrounded by a cloud of witnesses who have (Hebrews 12:1).

This Memorial Day, amidst the excitement of parades and the pool opening, I challenge you to remember. Remember our Savior’s sacrifice, and remember our soldiers’.

In the words of Billy Ray Cyrus, in his song, Some Gave All, “If you ever think of me, think of all your liberties and recall, some gave all.”

is a 18-year-old Army girl, studying trauma medicine to someday be a missionary medic to Syrian refugees. She has three younger brothers and the best golden retriever in the world. When she’s not reading or training her dog, she’s probably writing another war story. You can find her military novel, "O to be Like Thee: How Deep Love Runs," and more of her writing at her blog, Soldier Girl Stories. 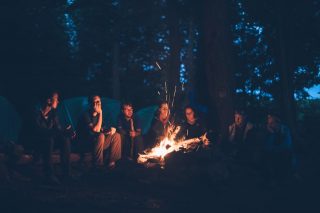 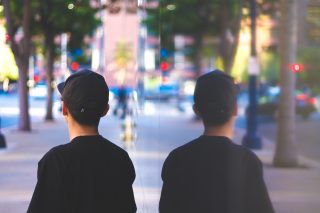 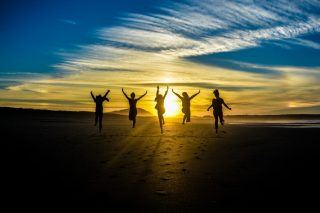