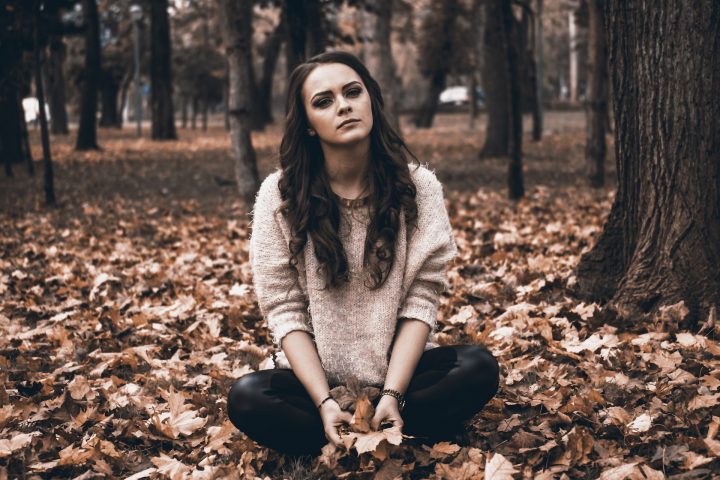 When I was in middle school and high school, people started to notice I didn’t look quite like everyone else.

I was very skinny and all of the sudden I started earning new nicknames: Twig, Chicken Legs, Little Liz. Kids started asking questions and making comments: Are you eating? Look how skinny your arms are! You’re so skinny, if you turned sideways you’d disappear! Do you have an eating disorder?

Maybe people have picked out a flaw in you and made it into a joke or you’ve been laughed at or ridiculed for being a Christian.

I think all of us have faced this battle at some point in our lives. Maybe you’re fighting the battle now, or maybe you’re still fighting the ghosts of past words or actions that continue to haunt you.

Jesus Had to Grow Up

“For he grew up before him like a young plant, and like a root out of dry ground; he had no form or majesty that we should look at him, and no beauty that we should desire him. He was despised and rejected by men; a man of sorrows, and acquainted with grief.” (Isaiah 53:2-3)

I think sometimes we forget how truly human Jesus was. Jesus wasn’t a baby genius who held all of this secret God-wisdom, rolling his eyes as his parents spoke in baby-talk to him. He was a baby—just like all of us who were completely dependent on our parents to teach us how to walk, talk, and eat.

It says in Luke 2:52 that “Jesus increased in wisdom and in stature and in favor with God and man.”

Jesus grew up learning more and more about his Father. He wasn’t born with loads of godly wisdom to unleash on the world from day one.

A lot of times we picture Jesus as Hercules from the Disney movie: People flocking to this famous guy with a beautifully chiseled body. He must have been attractive and incredibly popular, right?

Jesus had average looks, but he lived very differently from the people around him. In his early years, Jesus was sent with his family to live in Egypt, where the Messiah wasn’t well-known and the one true God wasn’t worshipped. So, as Jesus grew up and obeyed his Father, he began to look different from his own family and his friends. We know what happens when people are different.

Jesus was not popular.

I’ve been rejected many times, but one time stands out in particular. I was in the 7th grade and I had a crush on a boy. I had my friend ask if he liked me. His response? “No. She’s too skinny.”

I immediately fell into this crazy belief that no one would ever like me for me and I needed to do something to change the way I looked. It crushed me.

Have you ever been rejected by a friend, a crush or even a family member, just for being you?

The last part of those verses in Isaiah shows us Jesus was rejected, too.

It says he was “despised and rejected,” “a man of sorrows, and acquainted with grief.”

How can we know? Hebrews 4:15 says, “For we do not have a high priest who is unable to sympathize with our weaknesses, but one who in every respect has been tempted as we are, yet without sin.”

Key words here are, “in every respect.”

Again, we forget just how human Jesus really was.

Jesus experienced the same struggles. But he did not sin. He did not forget who he was. And “he learned obedience from what he suffered” (Hebrews 5:8-9).

In the midst of my struggle with being “too skinny”, I can remember coming home crying to my mom about my looks. “Why did God make me this way?” I remember asking through tears in my eyes. The way I looked was causing me to be rejected and to suffer great ridicule. And there was nothing I could do about it.

Often we find ourselves asking God the same thing when we experience bullying, hurt, rejection, and ridicule.

So, we have to ask ourselves: Why did God put Jesus through a tough childhood and adolescence? Why was Jesus an average looking guy with nothing special or attractive about his looks? Why did Jesus have to grow up in Egypt and Nazareth where people weren’t living in obedience to God? Why was Jesus rejected by people?

It wasn’t his mistake.

We have a God who came to earth to experience the fullness of being a human so that we would have a high priest who could “sympathize with our weakness.”

No amount of suffering we experience at the hands of sinful, broken people, will ever compare to the suffering our God willingly experienced as he came to Earth as the Son, Jesus.

Jesus’s final act of obedience was to willingly trade his innocence for our guilt by dying on the cross. Jesus was completely separated from God.

Take heart when you suffer due to the words and actions of others. The God you trust willingly suffered on the cross to destroy the stronghold of sin and evil.

And when we come to him with tears in our eyes and hurt in our hearts, Jesus says, “I know. I’ve been there.”

Elizabeth Davis is in her eighth year of joyfully sharing the Gospel of God and her life with middle schoolers, high schoolers and college students in student ministry. Her plan is to invest in students forever because she believes they are the World-Changers and Kingdom-Advancers (and adults are boring). She can be found in a local coffee shop writing, reading or spending quality time with good friends. Along with regularly writing on topics of Health & Wholeness for TheReb, Elizabeth writes about faith in Jesus and finding joy in battling a chronic illness on her blog, elizabethrdavis.com/.