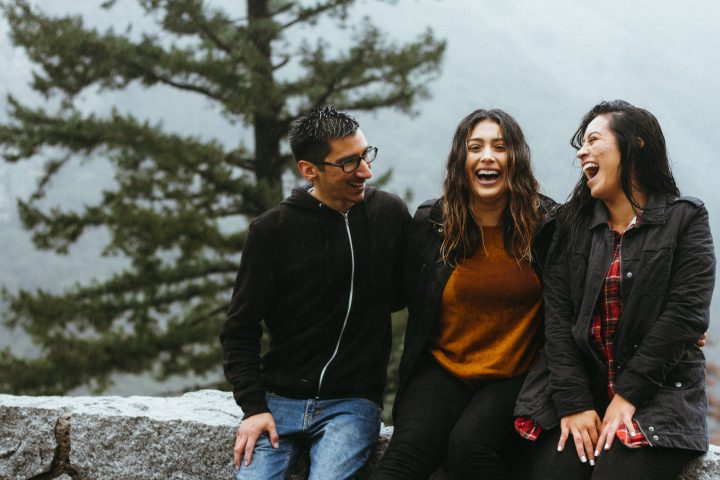 There was once a ragtag troop of frogs who were traveling together through the untamed wild, when two of them suddenly stumbled and fell deep within the confines of a gaping pit.

Now, these two frogs immediately began attempting with all that was within them to leap their way free. Unfortunately, they were greatly discouraged by their fellow companions above, who rained down the inevitability of their doom.

“Give up!” they said. “It’s not worth all the pain and suffering! Give up! You’re as good as dead!”

At last, one of the trapped frogs listened to their words and, taking them for truth, gave up and died on the spot. However, the other frog continued in his valiant attempts to free himself, until lo and behold! This lone, determined frog took one mighty leap, and to the utter surprise and astonishment of all, scaled the pit and escaped his doom.

Awed by his incredible feat, the naysayers asked him if their words and proclamations had truly meant nothing to him; and if so, what had spurred him on to persist in his struggle?

The frog, shaking his head clean of sludge, explained that mud had been stuck in his ears, making him unable to hear and had believed that they’d been encouraging him the entire time.

The Power of Our Words

This story is of course, an allegory of the supreme power language has to change lives. Through our words, we can be vehicles for change in a disillusioned world.

With mere words––discouraging or encouraging––we can massively change and influence the lives of those around us in ways that we cannot even begin to understand. Much like the scenario of the frogs demonstrated, one word of encouragement can give another the strength needed to overcome his/her affliction, while a demoralizing word can quickly crush the hope of that same person in the twinkling of an eye.

Pythagorus, a famous Greek philosopher is supposed to have said, “A wound from a friend is worse than a wound from the sword; for while the latter affects the body, the former affects the spirit.”

In the same way, a disheartening word from a fellow peer, friend, or companion, can destroy many years’ worth of compliments and at the same time, sap the spirit of all buoyancy and vitality.

Our words have immense power and they can greatly affect those around you––for better or for worse.

The Responsibility of Our Words

As that oft-quoted saying relates, “With great power, comes great responsibility,” and therefore, we must take thought and give careful consideration to every word we choose to utter in every interaction of our everyday life. The power words convey should quickly put into close perspective the little things in life: such as how we react to those around us, and what things we impress upon the minds of our fellow peers and those who admire and respect us––the things we say and do every single day.

Ephesians 4:29 reads, “Let no unwholesome word proceed from your mouth, but only a word as is good for edification of the moment, so that it will give grace to those who hear” And this is what we so must consider: to encourage or to discourage. To build up or to tear down. To heal or to destroy.

It’s said, “Be sure to taste your words before you spit them out.” With the knowledge of the power words convey, do we carelessly cast them out as one makes a hasty or errant decision? Or do we send them forth from ourselves as an expert angler casts his line?

Through our words, we affect those around us; and those whom we affect can in turn, radically affect the lives of other individuals.

What great havoc one word can wreak in this crazy world of ours!

“Death and life are in the power of the tongue,” says Proverbs 18:21, and it is emphatically irrefutable that the two greatest forces that have assisted in the shaping of the world are those of life and death. Therefore, with life and death in our grasp, we can instantly be assured of the propensity each and every person inherently carries to change the world.

Are we selfless then? Or are we selfish? Do we deny self for the sake of others? Or do we set aside others for the sake of self? The way by which we affect those around us––with words or actions––is the change that changes the world; and this is the irrefutable proof then, that with one word, even a normal “somebody” can change the world.

To truly “make a difference,” as so many say they aspire to do; to seed real and lasting change in this bleak, despairing world of ours, one can only truly begin to do so by taking that first step forward and letting your speech be seasoned with grace, “as though seasoned with salt.” For, as Pastor John MacArthur rightly affirms, “… salt not only flavors, but prevents corruption… [and so your] speech should act not only as a blessing to others, but as a purifying influence within the decaying society of the world.”

In this world of darkness, we should be salt and light: worthy models of what is right, who go out of our way to set an example to all we encounter in this life.

One person stepping forward to do what is right, because it is right, can change the world. For if nobody starts, who then can follow?