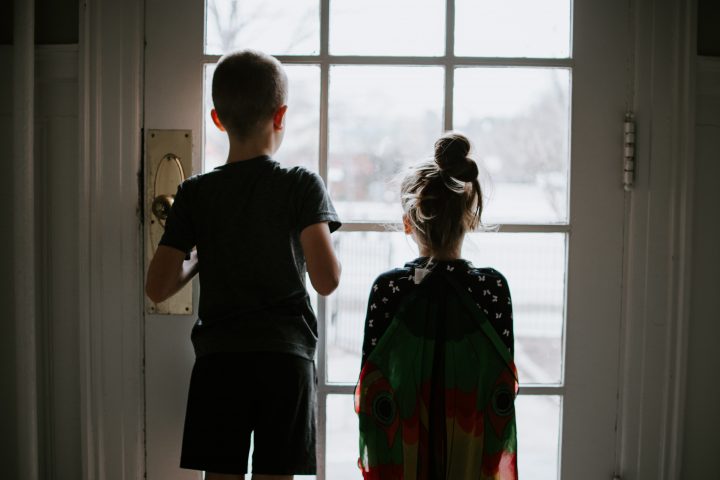 Its Friday April 3, day sixteen of official “stay-at-home” orders here in California. I went outside to check on the world, and amazingly it was still spinning!

Got some updates for you.

In case you missed it

One of our senior editor, Sara Barratt, wrote an excellent article on HOW TO LIVE AS THE CHURCH (EVEN WHEN YOU CAN’T GO TO CHURCH).

Amber Ginter published an article (just today) titled IT’S OKAY TO LOSE CONTROL. And several days ago, Rae Tosh wrote a helpful article about 5 WAYS TO USE YOUR TIME AND 11 THINGS TO PRAY FOR DURING COVID-19.

There was a funny news story that a friend sent me.

Apparently an Australian astrophysicist was trying to invent a necklace device that warns you when you’re about to touch your face (because everyone’s telling us not to touch our faces!). Instead, he accidentally got a few magnets stuck up his nose.

His idea was that by putting magnets around your wrist and building a device to wear around your neck that could detect magnetic fields, he could set off an alarm to warn you when you bring your wrists close to your face.

According to The Guardian, he actually invented the opposite and ended up simply inventing a necklace that buzzes continuously unless you move your hand close to your face.”

After that, things went down-hill when he began playing with the magnets, first clipping them to his earlobes and then to his nostrils (who of us hasn’t played with magnets?). That’s how he got them stuck.

You can read the rest here.

(By the way, if you guys find any interesting, hilarious, or informative articles, drop them in the comments or shoot us a message.)

Today, I don’t have any other news stories other than some thoughts I’ve been thinking about how we as young people should respond to the government when they place restrictions on where we can and cannot go.

4 Reasons We Should Obey the Stay-At Home Orders 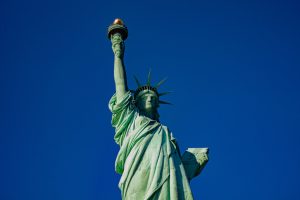 It’s pretty normal for us Westerners, especially Americans, to be skeptical of government. No less so when they are restricting what feels like inherent freedoms.

But I want to explore why I think it is proper for God-honoring, God-trusting Christian young people to obey to the government’s guidelines during times like this (completely aside from the good discussions we could have related to the economic dangers of quarantines).

Before I jump into it, I just want to say that I’d love to hear your thoughts on the issue. Do you agree? Disagree? If so, why? What are your reasons or concerns? Drop them in the comments below or shoot me a message. I’d love to dialogue.

Now, let’s jump into it.

1. It’s actually lawful for the US Government to issue isolation or quarantine orders

“Under section 361 of the Public Health Service Act, the U.S. Secretary of Health and Human Services is authorized to take measures to prevent the entry and spread of communicable diseases from foreign countries into the United States and between states” (CDC; see also US Code).

Under this authority, the CDC can detain, medically examine, and release people suspected of carrying communicable diseases who are traveling into the United States or between states.

The CDC also monitors anyone entering the U.S. by land or by other ports of entry for signs or symptoms of communicable diseases. “When alerted about an ill passenger or crew member by the pilot of a plane or captain of a ship, CDC may detain passengers and crew as necessary to investigate whether the cause of the illness on board is a communicable disease.”

However, most of the heavy lifting is left to the states (which is the beauty and the curse of a decentralized federal government). With COVID-19, most states have enacted stay-at-home orders, beginning with my home state of California.

2. There is some historic precedence for this (not a lot, but some)

The last time large-scale isolation and quarantine measures were taken was during the Spanish Flu pandemic of 1918-1920 (CDC; New York Times).

According to the National Institutes of Health, during the Spanish Flu, quick action by cities at the time was crucial. The cities which acted the quickest, saw up to half as many deaths as those cities which waited longer. 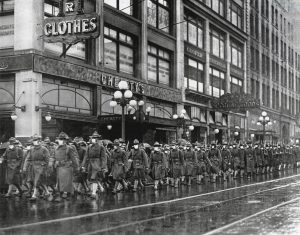 “Schools, theaters, churches and dance halls in cities across the country were closed. Kansas City banned weddings and funerals if more than 20 people were to be in attendance. New York mandated staggered shifts at factories to reduce rush hour commuter traffic. Seattle’s mayor ordered his constituents to wear face masks” (NIH).

I found some of the history of how different cities responded during the Spanish Flu fascinating.

For example, the neighboring metropolises of Minneapolis and St. Paul, Minnesota (aka, “The Cities”) had trouble agreeing at first on how to contain the virus. But all-in-all they responded in similar fashions.

According to the NCBI, Minneapolis and St. Paul both attempted to combat the flu by limiting crowds in areas that didn’t have great access to fresh air, such as the streetcars (the era’s public transportation).

The Cities also experimented with regulating the business hours of stores and theaters to avoid crowds in streetcars.

St. Paul also targeted elevators as places where influenza could easily be transmitted due to the tight quarters and limited fresh air. Buildings with fewer than six stories were no longer permitted to use their elevators. (These weren’t very popular regulations and St. Paul eventually allowed the elevators to be used again, but with a one-person-per-five-square-feet rule.)

Minneapolis football teams chose to completely ignore the ban. They even tried playing against each other in front of large crowds, but police were called in to disperse the crowds and halt the games. They still found ways to play, despite the closing order.

Obviously, these regulations greatly affected the day-to-day lives of citizens.

Some accepted the changes or even called for stronger methods; others protested regulations that they were unfair and even deliberately broke the rules intended to protect them.

In New York City, “Public-service campaigns flourished, in the form of pre-internet, pre-radio and pre-television media, such as leaflets and posters. They sought to curb all manner of bad habits, from unprotected sneezing and coughing to spitting in the streets. The city’s Boy Scouts walked the streets, patrolling for spitters. If they spotted someone spitting publicly, they would hand out a card to teach them they were endangering the city” (NYT).

Before any theater showing, someone would step out in front of the current and explain how influenza spread, the dangers of infection from coughing and sneezing, and how to protect yourself and others.

One thing I found particularly interesting was that New York City did not shut down their public schools because at the time the city felt like it was a healthier place to be for children than in their own homes or running in the streets. They also allowed businesses to stay open, but staggered the hours so they could avoid crowded commutes on streetcars (similar to St. Paul and Minneapolis).

In the end, nearly 1 out of every 200 New Yorkers died of the Spanish Flu.

3. The Bible calls us to submit to governing authority (and to strive for peace) 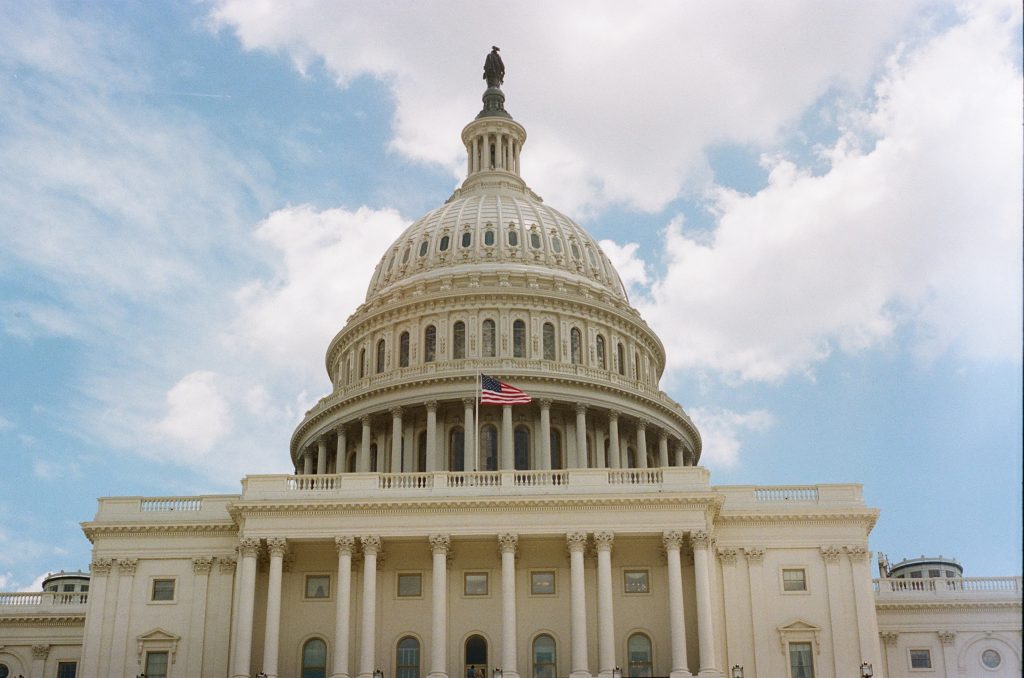 It’s not very American to submit, but it is Christian.

The Ethics & Religious Liberty Commission has a great article on “What does the Bible teach about governing authorities?”

“Every text in the New Testament that addresses our relationship to government, including Romans, 1 Peter, and Titus, uses the word ‘submit’ to describe how we are to behave in relation to our authorities. The word ‘submit,’ or ‘subjection’ as it’s used in Romans 13, means to willingly place oneself under the authority of another. In essence, I am to willingly place myself under governing authorities as God’s design and obey the laws of my country, state, county, and city. As long as they do not contradict the Bible, to disobey governing authority is to disobey God. That’s why, Peter, when he was writing, said, ‘For such is the will of God for you.'”

Here are some of the passages they’re talking about:

“Let every person be subject to the governing authorities. For there is no authority except from God, and those that exist have been instituted by God. Therefore whoever resists the authorities resists what God has appointed, and those who resist will incur judgment. For rulers are not a terror to good conduct, but to bad. Would you have no fear of the one who is in authority? Then do what is good, and you will receive his approval, for he is God’s servant for your good. But if you do wrong, be afraid, for he does not bear the sword in vain. For he is the servant of God, an avenger who carries out God’s wrath on the wrongdoer. Therefore one must be in subjection, not only to avoid God’s wrath but also for the sake of conscience” (Romans 13:1-7).

In Titus 3, Paul tells Titus to “Remind them to be submissive to rulers and authorities, to be obedient, to be ready for every good work” (verse 1).

And then in 1 Timothy 2:1-4, Paul exhorts Timothy to “First of all, then, I urge that supplications, prayers, intercessions, and thanksgivings be made for all people, for kings and all who are in high positions, that we may lead a peaceful and quiet life, godly and dignified in every way. This is good, and it is pleasing in the sight of God our Savior, who desires all people to be saved and to come to the knowledge of the truth” (emphasis added).

4. Jesus commands us to love our neighbor

And finally, Jesus places the importance of loving our neighbor right next to loving God and says there is “no other commandment greater than these” (Mark 12:31).

To stay home during a pandemic (regardless of whether the government tells us to or not) is following Jesus’ command to love our neighbors. It’s helping stop the spread of the virus and keeping the healthcare system from being overrun with patients who need life-saving attention.

Taking precautions and submitting to the government doesn’t mean giving into panic and living in fear–even obeying the strictest stay-at-home orders as much as possible and avoiding contact with anyone else. Rather, it’s actually being wise and prudent and honoring to God.

I’d love to hear your thoughts!

Do you agree with my points? Do you have a counter perspective that I’m missing? Post it in the comments below or shoot me a message. I’d love to dialogue with. 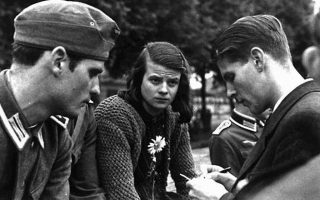 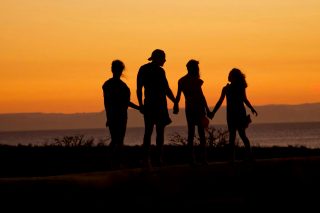 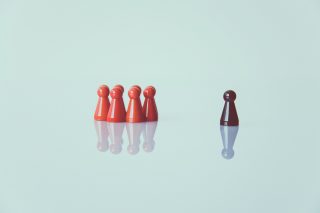 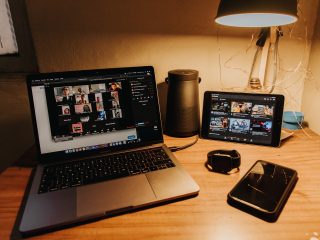