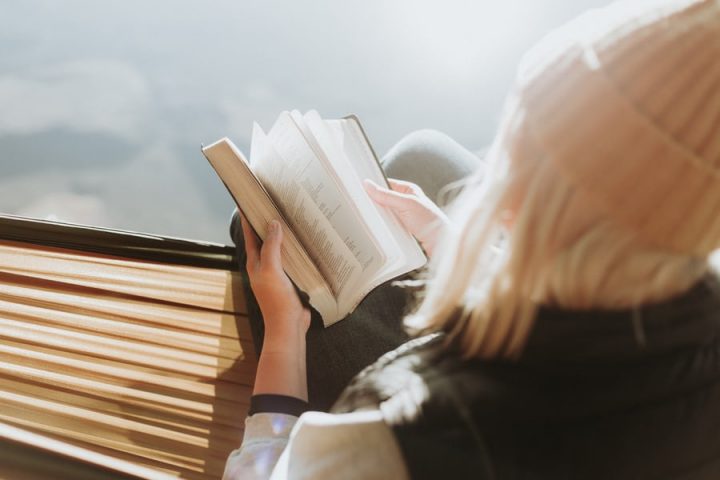 The tradition of Christian apologetics has a long history, from the apostles in the book of Acts, to writers in the early church like Justin Martyr, to modern recent authors like C.S. Lewis, Lee Strobel, and John Lennox.

The term itself comes from the Greek word apologia—meaning defense—and refers to laying out a logical case for why the faith is true.

At some point, every Christian will be in a position that requires a defense. You may have already been in one. Whether in the classroom or a conversation with a friend, objections can come up.

When questions arise, our job is to listen and respond with kindness and truth. With that in mind, here are five reasons teens should care about apologetics:

1: It can strengthen your faith.

At some time or another, you’ve probably had questions about your faith. I know I have.

If this is you, know that you’re not alone—and you don’t have to feel guilty. Doubts are okay. It’s how you deal with them that makes the difference.

Here’s the good news: the Christian faith isn’t so weak that it crumbles at the suggestion of a few questions. For many common objections, there are actually really good answers. When compared to other worldviews, the support for Christianity is overwhelming.

Working through your questions won’t weaken your faith—but ignoring them might. Taking time to explore things like the evidence for the resurrection, the way the New Testament came to be, and the archeology supporting events of the Bible can be a valuable reminder of the deeply real and historical nature of Christianity. Our faith isn’t just true because we believe it; it’s true because it genuinely reflects the way the world is.

2. It helps you recognize false teaching.

Even as Christians, we are at risk of being influenced by the world when our understanding of the faith is weak. Discernment is an important quality to cultivate.

Colossians 2:8 says, “See to it that no one takes you captive through hollow and deceptive philosophy, which depends on human tradition and the elemental spiritual forces of this world rather than on Christ.”

Human traditions and philosophies are often empty, but we won’t be able to see that if we aren’t equipped. False ideas don’t just pop up in secular schools or culture, they also find their way into Christian circles. You can see this in the prosperity gospel, which teaches God’s will for believers is material wealth while ignoring that Christians can and do suffer; or Christian moralism, which emphasizes doing good by following the rules but forgets that we are saved by grace.

These are only a few of the false ideas we need to guard against. Hybrids between biblical and worldly ideas can be deceptive, and as young people, we are often more susceptible to falling into the trap.

3. We are instructed to give a defense.

In 1 Peter 3:15, we are told to, “honor Christ the Lord as holy, always being prepared to make a defense to anyone who asks you for a reason for the hope that is in you; yet do it with gentleness and respect,”

There’s a difference between knowing something is true in your heart and being able to articulate why something is true to another person. When somebody asks a question like “What makes the Bible reliable?”, we ought to have a better response than “because I/my parents/ my pastor believes it is.”

Having a personal relationship with Christ is the foundation of our faith, but that kind of first hand-knowledge can be difficult to communicate in a way that makes sense to another person outside. This doesn’t mean we shouldn’t share our story; it does mean we should be ready to take a logical approach when the situation calls for it.

4. It allows you to effectively engage the culture.

The gospel is always heard against the backdrop of culture. What we have to say may sound strange to those who are not as familiar. In a world that says truth is subjective and based on what you believe, Christians claim the Bible is the inerrant word of God. In a world that believes many roads lead to heaven, Christians claim Jesus is the only way.

Many times, Christians avoid talking about their faith because they’re afraid they can’t answer questions. We can make a greater impact when we not only understand the basic claims of the gospel but can also see their implications for the culture and relation to other ideologies.

In the book of Acts, Paul is frequently found “reasoning” with people in synagogues, lecture halls, crowds, and homes. He understood the influence of culture and tailored his approach to each crowd, answering their questions and providing specific answers.

In Athens, Paul notes that the Greeks are “extremely religious”, quoting their own poets to make a point about the one true God and build an understanding before transitioning to the resurrection of Jesus (Acts 17:16-33). To the Jews in the synagogue, he reasons from the Scriptures, persuading many that Jesus is the awaited Messiah (Acts 17:1-4).

Paul and the other apostles weren’t shy about proclaiming the truth, and they defended it well. We can take a similar approach today. Instead of retreating from the discussion, apologetics can help us prepare.

5. We should meet people where they are.

The point of learning apologetics isn’t winning arguments. It’s a way to genuinely help others overcome hurdles to belief.

Colossians 4:6 says, “Let your speech always be gracious, seasoned with salt, so that you may know how you ought to answer each person.”

To be able to answer each person, we need to understand where they are coming from. Today, our culture is often described as post-Christian. Many people just don’t understand Christianity and dismiss it as another ancient myth. They might have other questions, hard ones we don’t know how to answer.

If we put just a little extra time into learning the roots of our faith, we could be bolder and more effective in our conversations. We can show love to people by presenting the gospel in a way they understand

You don’t need to be an expert to start a conversation. But some basic apologetics knowledge certainly doesn’t hurt, and it could be the difference between a discussion that ends in frustration and one where you know how to redirect the focus to more fruitful subjects.