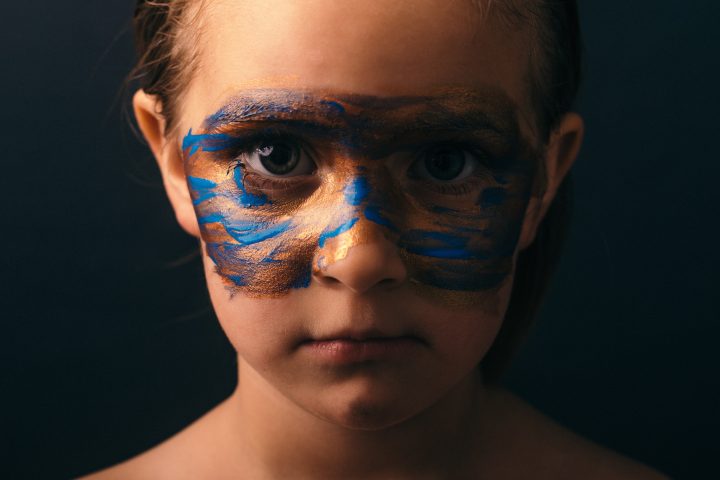 “You’re going to be an adult in less than a year.”

For some, the idea of “growing up” means freedom–you can do whatever you want, no longer under parental restraints. Personally, however, “growing up” has always caused me anxiety. At any mention of “adulting,” I’d avert my eyes and change the subject.

And I think a lot of teenagers could say the same.

But what makes teenagers fear the future, and what can we do to fight those fears? Well, like Brett and Alex write in Do Hard Things, society often attempts to sell teenagers a series of lies about themselves, lies that lead to this paralyzing fear of “growing up.”

Here’s how three of these lies convince teens that “adulting” can be scary, and three ways to fight those fears.

SOCIETY TEACHES US TO FEAR THE UNKNOWN

The first lie society tells teens is that we should fear the unknown. Psychology Today claims, “Feeling scared of the unexpected [is] normal as adolescence gets underway.”

Notice the word “normal” here–-society expects teens to fear anything uncommon, a viewpoint that completely contradicts the “do hard things” mentality. But if we adolescents barricade ourselves within the realm of “normal,” we won’t make a difference in the world.

So yes, stepping out and doing hard things does require venturing into the unknown. And yes, that can be scary. But that doesn’t mean we need to stop.

2 Timothy 1:7 says, “For God gave us not a spirit of fear but of power and love and self-control.” When the unknown threatens to scare us, this verse is a perfect reminder that we were not created to fear anything–-including the unknown.

SOCIETY TEACHES US TO FEAR RESPONSIBILITY

The second lie society tells teenagers is that we should fear responsibility. Even the thesaurus shuns the idea, with words like “burden,” and “liability” topping the list of synonyms for responsibility.

But is responsibility really so bad? 1 Corinthians 13:11 says, “When I was a child, I spoke like a child … When I became a man, I gave up my childish ways.” While as children we are free to imagine and play, Paul writes that once we “grow up,” we have to start acting like it.

This is where responsibility comes into the picture. But what would happen if you took an “adulting” responsibility like going to work and thought of it as a blessing?

You’re probably thinking, A blessing? How can work be a blessing? But just think–-right now, almost 15% of Americans are out of work. Yet, God has blessed you with the opportunity to serve Him with your talents every day!

So how can we combat the fear of responsibility? Start looking at your responsibilities as blessings, and your fear will melt away.

SOCIETY TEACHES US TO FEAR FREEDOM

Finally, society teaches us freedom is scary. No, you didn’t read that wrong. The same freedom Americans have fought for since the dawn of our nation often scares teenagers.

So why do adolescents find the freedoms of adulthood overwhelming? The Institute for Faith, Work, and Economics answers the question: “We are scared of freedom because the burden is heavy,” an article states. “We do not trust ourselves or others to carry [this burden].”

Considering this, what does the Bible say about responsibility? Well, the apostle Paul writes in Galatians 5:13 that freedom is not a burden, but rather an opportunity to serve. Instead of letting others dictate our behavior, teens should embrace the freedoms of adulthood and use them to spread the love of Christ.

So, now that we know why “growing up” often seems scary, what can we do? How can we get excited about maturing in a world that tells us we should do the opposite? Here are three ideas.

1. Prepare for your future

Like I mentioned earlier, the unknown can be scary. That doesn’t have to be a bad thing, but there are ways to limit how much “unknown” you have to deal with. The more familiar you are with the possibilities of your future, the closer you will be to conquering your adulting anxiety. For instance, if your fears are rooted in college, schedule a visit to a few campuses you’re interested in. If you’re scared of driving on your own, set aside time to practice with an instructor.

2. Explore God’s promises about your future

The Bible is called the Sword for a reason–-it’s an excellent tool for fighting against fear! Along with stories about adolescents who grew up to do amazing things (think David, Ruth, and Joseph), the Scriptures are full of encouraging promises about Christian teens’ futures. Some of my favorites are found in Philippians 1:6 and Jeremiah 29:11.

3. Pray about your future

Finally, talk to God about your fears. In Philippians 4:6-7, Paul writes that when we pray, the Lord replaces our fears with “the peace of God, which surpasses all understanding.” I don’t know about you, but I’d rather have peace like that than spend my days in fear!

So why do teenagers fear the future? Adulting anxiety occurs when teens believe the lies the world tells us about our lives and ultimately don’t trust God with our futures.

Knowing this and armed with tools to fight these fears, let’s step out as a generation of teenagers who will, instead of running away, embrace the freedoms, responsibilities, and unknowns that come with adulthood.

is a freshman at the University of Georgia studying English and Media Studies. When she’s not writing for her blog Anna Kay,Anna Kay. Anna enjoys reading memoirs and historical fiction, traveling, worship nights, and spending time with friends at Athens coffee shops. Anna hopes to someday work in the Christian media industry, hopefully writing/producing movies and social media. You can find Anna online on her blog or on Instagram, at @annakaywrites.