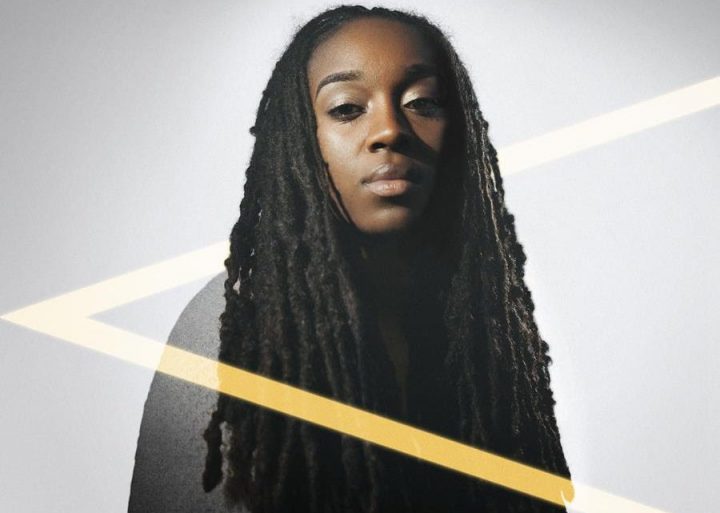 If you follow Christian Twitter, you’re probably familiar with Jackie Hill Perry. Her pithy theological tweets and advocacy for justice make her a leading voice in the church today. She’s also written on her conversion to Christianity in her book Gay Girl, Good God.

However, I first became acquainted with Jackie’s work through her music. She’s a hip-hop and spoken word artist with an incredible mastery of language.

Her album Crescendo came out a few years ago, but even though I’ve always loved songs like “Lamentations,” I only recently started to appreciate the album as a whole. On one level, there’s much there that I’ll never fully understand, because it deals with Jackie’s experiences as a woman of color. But then again, there’s so much that resonates on a very deep level as it dives into the struggles, doubts, and promises that define the Christian’s life.

The album opens with “Lamentations,” a breathtaking song that wrestles with indwelling sin and intense doubt. Jackie doesn’t shy away from admitting her struggles in a way we might often be afraid to do. I’ve had this track on my repeater playlists for a while, since the lyrics echo so many of the questions in my own heart.

With this song, the album begins in a dark and nearly hopeless place—the same place we often find ourselves, even if we’re afraid to admit it. But this sets up the gradual climb that will take place through the rest of the album.

“Hush” is timely, perhaps unfortunately so. It’s a response to the toxic nature of the internet, but more importantly it’s about how we feel like we have to speak, we have to give our opinion (ironically, Jackie makes this point through a wonderfully witty use of words). Sometimes, the song says, maybe we should just be quiet.

“No Ways Tired” is about racism, injustice, weariness of constant death and discrimination, and reliance on God’s grace. It’s a beautiful piece, and it’s a struggle that as a white woman I’ll never share. I’m glad there are artists like Jackie to write songs like this, but I wish they didn’t have to. May we be a church that opposes injustice and stands with those who are weary of it.

The following song, “Fall Away,” is another hard one. It deals with the tragedy of Christians, especially leaders, falling away from the faith. “I don’t know if you fell or if you was ever standing,” the song begins. But it’s not a roast, and it’s not there to make fun of anybody. “I get it, I love you and this is what love do.”

“Melodies” is an interlude of sorts, verses of gospel hymns mixed together. It provides a kind of resting place in between tracks.

“Thy Neighbor” is about the church. Not necessarily about what you see on Sunday mornings—it’s about how the church is hard to love, and yet the church is the body of Christ. Even if we can’t stand it sometimes—even if we hate it sometimes or get angry and bitter—we’re still called to love the church like God does.

In “Hymn” we get to hear Jackie and four other artists (Ambassador, Shai Linne, Da T.R.U.T.H., and Braille) rapping about the gospel. There’s too much depth and creativity in this song to even touch in a short review like this, so go listen to it for yourself!

To be honest, I don’t entirely understand “Mustard Seed” (which is probably more my relative unfamiliarity with the genre than a problem with the song itself). It deals with the difficulty of being vulnerable (before God and others) and our tendency to project a false image of ourselves, which I do appreciate, and the end of the song is a kind of turning point—it’s up from here, in regards to the general trend of the album.

“From Heaven” is another gospel music interlude. If you want to look at the album as three “acts,” this song is the beginning of the third and final act.

“Momma told me being a woman was hard and she wasn’t lying,” Jackie sings in the first verse of “Woman.” This song resonates with me especially. As a woman in today’s culture, it’s easy to embrace a false, easy version of femininity—or to reject it altogether. We’ve all struggled with this; it’s impossible not to. That’s why these lyrics are so meaningful: “Let me be honest, let me be woman / God forbid I ever tell God how it should be done.”

“Restless” is, ironically, about rest—or at least the need for it. “I’m doing too much,” repeats over and over in the hook. It’s so easy to do, to think that our value lies in how much work we can do. But God made us to rest.

“Maranatha” is both a desperate, heartfelt cry and a song of hope. This is one of my favorite songs on the album. It’s part lamentation—grief over violence, racism, unsaved family, and the internal war with sin. And yet, “Might be night / But the Son’s coming back.”

The last song on the album, “Crescendo,” is a story. It’s a story about salvation. I had to listen to it and read the lyrics a few times, and I still don’t completely understand it, but it’s a triumphal finish to the album. The last words of the song, “Aw, man,” are followed up by a reprise of “amens” that finishes with a chorus of “I Love You, Lord.”

Crescendo is an album full of deep emotion and hard questions–but it lives up to its name, and brings us to a place of hope and salvation.