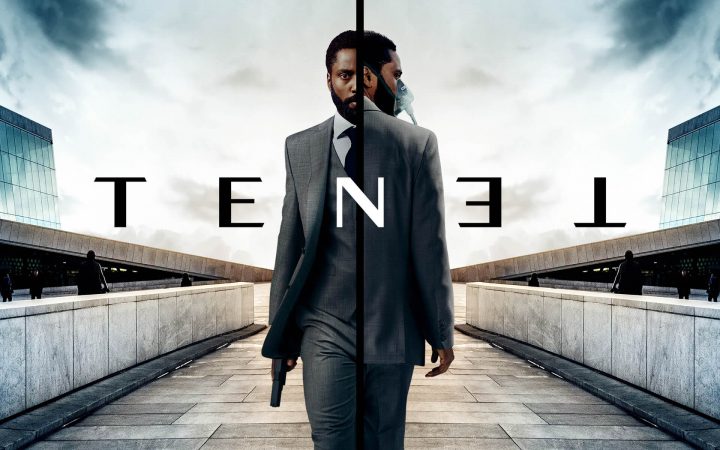 Editor’s Note: Here at TheReb, we want young people to engage with culture from a Christian perspective–so we’ll regularly talk about current cultural topics. However, not all media is appropriate for all ages or stages of life, so we encourage our readers to use discernment, listen to their authority figures, and ultimately, consider what is “good, true, and lovely,” as they seek to glorify God in what they do and watch.

Theaters have been opening back up, and with it comes the latest mind-bender from director Christopher Nolan (Dark Knight Trilogy, Inception, Interstellar). Tenet may be his most trippy film yet. It follows John David Washington’s character, known only by the title of The Protagonist, as he is recruited to help stop the destruction of the world.

Going into the plot much more would tread into spoiler territory so I will do my best to avoid that. I will say the film is a spy thriller with the typical Nolan flare. In Tenet, he plays with the idea of time once again, but unlike Inception where time is tied to the unconscious or Interstellar where he played with the idea of relativity, here some people can “invert” themselves and travel backwards through time (watch the trailer to get a better idea of how this works).

In the movie, characters will use this power of inverting themselves to gain knowledge and control over missions and try and to get the drop on their opponents. It plays out as a useful power; if someone from the future inverts themselves and goes backwards through time, they might be able to give information to those going through the event that will help them avoid a negative outcome.

This got me thinking of how many times in life do we desire control over our circumstances? How many of us wish we could travel back to the end of 2019 and give a few helpful tips or our government and medical community better preparing them for the current year?

In the Bible, there were times when God gave future knowledge to some people; He told Noah about His plans to flood the earth, He foreshadowed the coming of Jesus, He spoke through prophets, He gave Joseph dreams about his destiny.

Why doesn’t God seem to speak as much today? I for one would love a heads up from God about all the craziness that keeps happening.

Does that mean we shouldn’t trust him?

In a sermon talking about suffering, Pastor/Author Timothy Keller talks about this very topic. He approaches it from what I’ve found to be a very helpful way. He points out that though we don’t always get an answer as to the why about suffering, we do have some important information.

We know that it’s not because God doesn’t care. In the person of Christ, God proved that he cares for us. Why would he send Jesus to die and save us? What did He gain that He didn’t already have? He did it because He loves us, which is a mystery in itself!

Knowing this, we can find a little hope in the question of suffering. Though we may not have the answer, we know it’s not because God doesn’t care. He does.

And we don’t need to travel through time to know that.