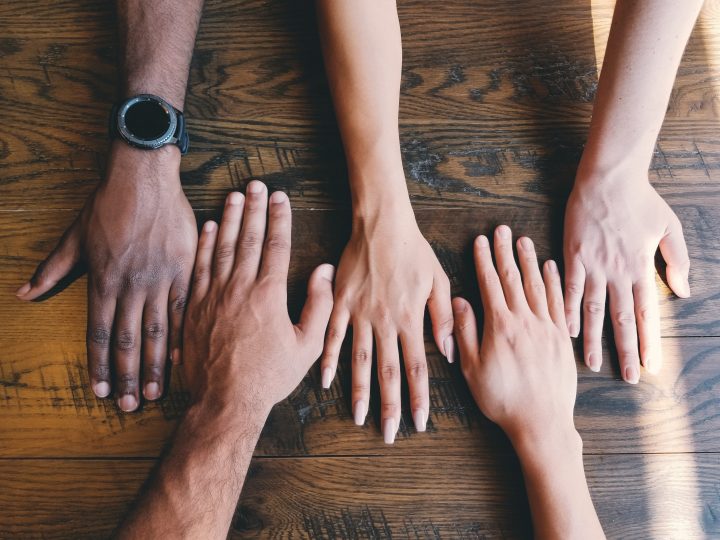 This fact is as undeniable as it is devastating. Jesus prayed that we would all be one–but two thousand years later we are everything but.

The idea that the Church could one day be united seems almost fantastical. There are over 30,000 denominations in existence today. This means that we are .003% of the way toward the ideal that Jesus laid down for his bride: unity.

I grew up in a very conservative Mennonite home and since then have had exposure to other types of Anabaptists, charismatics, and Calvinists. This is just a drop in the bucket of the extreme diversity that divides us. There are Catholic Christians, Orthodox Christians, mainline Protestant Christians, evangelical Christians, fundamentalist Christians, progressive Christians, cults like the Mormons and Jehovah’s Witnesses, and thousands of subcategories within these broader camps. Every one of these groups claims to have the correct understanding of the Christian faith with apologists, scholars, and theologians who can defend these claims.

What makes the matter even more complex is the fact that people tend to form their beliefs on factors other than unbiased logic and reasoning. In his groundbreaking book The Righteous Mind, Jonathon Haidt makes the case that we decide what to believe intuitively and then use reason and argumentation to defend those beliefs. This shows that our chances of choosing the right denomination within Christianity are in fact quite slim.

I’d like to propose a concept I term Mere Devotion: a way to move forward in the midst of this dilemma. We may never be able to agree on orthodoxy, but there is a higher chance that we could unite around a few fundamentals of orthopraxy. There are certain practices that virtually all Christians across the theological spectrum see as beneficial. Devoted believers throughout history have all had these values in common irrespective of their denominational backgrounds. The practices outlined below are certainly not exhaustive, but they could be a good place to start.

The Bible is the foundation for genuine discipleship to Jesus. There is no other source for objective truth in a world riddled with division. We connect with God relationally through a devotional reading of the Scriptures and unite around sound doctrine through scholarly exegesis of the text.

We will be filled with God’s Spirit as we draw near to Jesus in prayer and worship. This encounter with Jesus is fundamental to a relationship with Him. Prayer not only connects us with the divine, but is also a powerful intercessory tool for the expansion of the kingdom.

The modern church is riddled with sin and compromise that keeps her from realizing her full potential. Through repentance and a commitment to holiness we will be empowered for the work of the kingdom.

The church is called to be a tight-knit family that offers close relationships, discipleship, and accountability. Many in today’s lonely, fragmented world long to be part of something like this!

5. Caring for the Poor

As we meet the physical needs of those around us, God will be glorified, the poor will be cared for, and we won’t have time to dwell on our differences.

When the church is focused inward, infighting is inevitable. But Jesus’ marching orders before ascending were to proclaim the good news that he is king and invite everyone into his kingdom.

These five things are a few values that radical, zealous, devoted Christians all have in common. It’s the common thread that unites the stories of heroic missionaries, prayer warriors, and revivalists throughout the centuries. Perhaps the recipe for true Christianity is so simple that we often miss it.

I am certainly not saying that doctrine is not important or that there are no beliefs so errant that we should cut fellowship with the proponents of them. This article itself is a sort of doctrinal statement. The problem is that it is virtually impossible to clearly define which theological differences are primary and which ones are secondary.

The idea of Mere Devotion is just a proposal for how to unite around the practices that are most important. Maybe if we pursued this concept, the list of denominations would start the long descent from 30,000 to the one church that Jesus envisioned.

is the 26 year old cohost of That Jesus Podcast. He travels with his family to India every winter and is forming a team for long-term church planting efforts in unreached villages there.