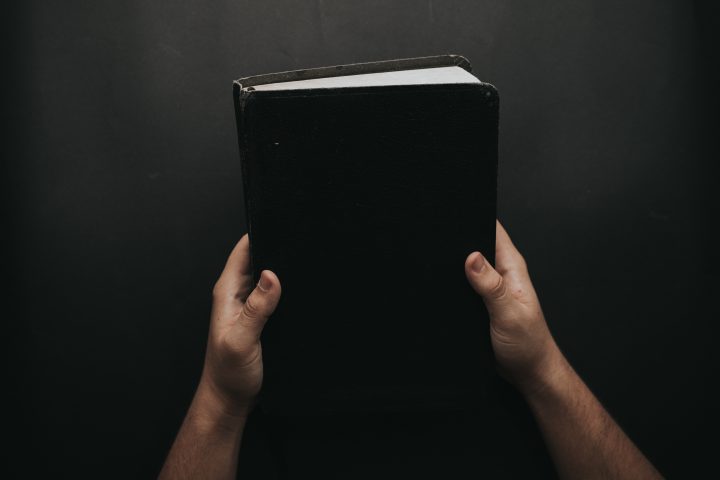 “Is God real?” This question isn’t bad in itself, but we need to make sure we come to the right conclusion. We need to fight the lies in our hearts with truth.

Of course, the only truth that we can stand on is the Bible. But today I am going to give you a tool you can even use if you are doubting the Bible itself.

We’re going to step into the dark side.

We’re going to explore questions like “What if God isn’t real?” Once we step into the shoes of someone who doesn’t believe in God, the Word, or the true Jesus, we’ll be able to see how little sense their world makes. Then we will see even more clearly that God is real–no doubt about it.

Question 1: What If God Isn’t Real?

Imagine that a man picks up a watch on the beach. He observes it, and he notes how its arms move in precise amounts of time, how its ticks are uniform, and how all of the gears inside work together. Then he declares that it was formed by chance.

If God weren’t real, none of this would be here. And even if something (the world) came out of nothing, how do you explain logic and morals? If people evolved from apes by a lot of inferior beings dying, then why is it not ok to murder? Why should anybody be kind to one another?

The fool says in his heart, “There is no God.” They are corrupt, they do abominable deeds; there is none who does good. (Psalm 14:1)

Question 2: What If the Bible is Wrong?

This one’s easy. Think about what you would say if someone told you they didn’t believe in the existence of Abraham Lincoln. I would say something like, “Really?! Tons of people have seen him and written about him, and you don’t believe any of them?”

See what Paul said to King Agrippa and Festus, a Roman governor:

And as he was saying these things in his defense, Festus said with a loud voice, “Paul, you are out of your mind; your great learning is driving you out of your mind.” But Paul said, “I am not out of my mind, most excellent Festus, but I am speaking true and rational words. For the king knows about these things, and to him I speak boldly. For I am persuaded that none of these things has escaped his notice, for this has not been done in a corner. (Acts 26: 24-26)

The stuff in the Bible didn’t happen in “a corner”. There were witnesses–lots of them! There are four accounts of Jesus’ life in the Bible alone, and more outside the Bible. You can’t dismiss all this proof.

(These facts are from Don’t Check Your Brains at the Door by Bob Hostetler and Josh McDowell. It is an older book but a good one, and it is directed at teens and busts lots of myths about Christianity. You should read it!)

There are even atheists who can’t deny that Jesus was a real person!

Assuming He was a real person…

Question 3: What If Jesus Isn’t God?

Many think that Jesus was a good prophet or just a charismatic teacher. “He didn’t really perform miracles or raise himself from the dead, but he was a good man,” they say.

Well, if we assume that Jesus was only human, that means the apostles were defending lies.

Paul, Peter, Andrew, Thomas, Philip, Matthew, Bartholomew, James, Simon, Matthias, John, and others were beheaded, crucified, stabbed, stoned, clubbed, and burned for lies. And they would have known that it was a lie. They claimed to have seen Jesus resurrected after his death. Why would they endure persecution for something they knew wasn’t true? They would not admit that Jesus was not God.

I don’t know about you, but I wouldn’t die for a lie.

The fact the apostles would let themselves be persecuted like this would only make sense if Jesus was the true God. The God who came to earth, fulfilled the prophecies and brought us the good news. Who lived a perfect life, died on a cross, and rose again that he might save those who followed him from the holy wrath of God against their sins.

That’s a truth worth dying for.

Thomas answered him, “My Lord and my God!” Jesus said to him, “Have you believed because you have seen me? Blessed are those who have not seen and yet have believed.” (John 20:28-29)

What Do You Think?

Do you like apologetics? What are other arguments for these questions?

Podcasts about the Existence of God.

The Reliability of Scripture

Evidence for the Resurrection

And keep an eye out for TheReb’s Managing Editor Sara Barratt’s upcoming book Stand Up, Stand Strong: A Call to Bold Faith in a Confused Culture!

is a homeschooled high schooler with a love for words. Besides writing, you can often catch her doodling or reading. She is also the proud big sister of ten (and counting!). You can keep up with her at Eliana The Writer, on Instagram, or by joining her newsletter .