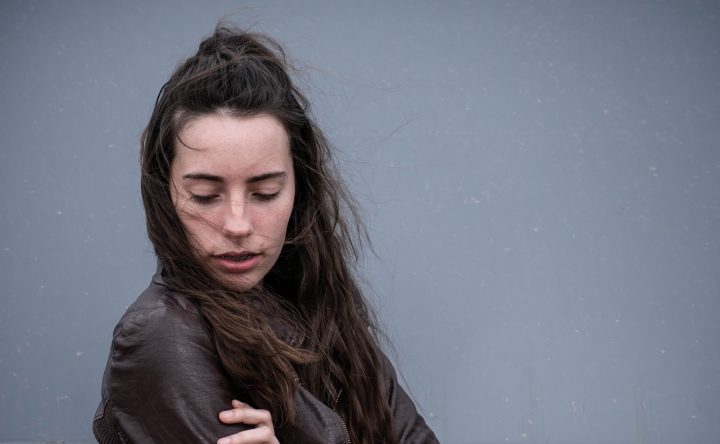 Have you ever asked this question? If so, you’re not alone. It’s an important question because doubt is inevitable in the human experience. Therefore, Christians should ponder the question and seek to find out if God condones his people to have doubts.

If so, to what extent? What are the boundaries if doubt in itself is not sinful? What should God’s people do with their doubts?

Before we get too far, let’s define some terms:¹

For most Christians, it is clear that the Church does not have a positive attitude toward doubt. Many Christians have left the faith altogether from festering doubts which were never addressed because they felt there was no safe space in the Church to make their concerns known.²

Indeed, in recent years, the Church has, by and large, neglected to seriously consider the question of whether doubt (or asking questions) is sinful.

The result has been damaging: those who have doubts and questions don’t trust the Church enough to be honest and open. If there is one place in the world Christians should feel safe to expose their doubt, it’s with the Church. Rather, they go outside the Church to ask their questions, where they are welcomed with the open arms of a tolerant, inclusive, and diverse world.

Maybe this is your story. Maybe you have doubts in the back of your mind, but you feel like addressing them will make you a bad Christian or make God mad at you. Maybe you know people whose doubt led to deconversion.

That would understandably cause fear in anyone. Please hear that you are not alone. There is hope in Jesus, and you will see how addressing your doubt is actually what will keep your faith strong in the long run.

With some exceptions, the Church has sidestepped the question of doubt by labeling all doubt as sinful, setting doubt in direct opposition with faith. Hence, the common mantras such as “just have faith” and “don’t ask questions” are believed without any reservation as biblical truth.

Taking a step back and examining the question of doubt is valuable because it forces us to ask ourselves if our theology is accurately reflecting the true teachings of Scripture. Examining our beliefs, which we often put little to no thought toward, is critical if we want to grow in our knowledge, understanding, and love of God and others.

The Source of Doubt

When having doubts about faith, we first have to ask, “Where did this doubt come from?” Identifying the source of doubt will help you determine how to deal with it. All doubt is spiritual, but there are two “categories” of doubt: emotional doubt and intellectual doubt.

In short, emotional doubt is caused by an emotional impact on your life. For example, when people experience the deep loss of a loved one, the emotional impact causes them to question God’s love, goodness, or his existence altogether. You may have this doubt yourself, and that’s okay.

A good test to see if doubt is caused by an emotional impact is to ask, “What is my primary emotion toward God when I think about this?” If it’s anger or resentment or grief, it’s probably emotional doubt. When addressing this doubt, you would seek assurance that Christianity is good.

For this doubt to be addressed (which can also help emotional doubt), you would seek assurance that Christianity is true. Again, ask the question, “What is my primary emotion toward God when I think about this?” If it’s uncertainty or confusion, your doubt is probably intellectual.

As mentioned in the introduction, doubt is often used as the opposite of faith in the Church. However, this is not the case. The opposite of faith is unbelief. In the New Testament, the words “faith” and “believe” are the same words in the original language (Greek). A good example is Romans 4:4:

Now to the one who works, pay is not credited as a gift, but as something owed. But to the one who does not work, but believes in him who justifies the ungodly, his faith is credited for righteousness.

The Direction of Doubt

When it comes to doubt itself, it’s hard to see how that’s sinful. As mentioned in the opening, it’s part of the human experience. People are going to doubt no matter what. The sin is not the doubt. The sin is where you decided to let the doubt take you.

We have seen how doubt is the “between state” of faith and unbelief. This implies there is a decision to be made to go toward one (faith) or the other (unbelief). In our doubt, we can decide to go to many sources and voices that can lead us to unbelief.

Ignoring our doubts also can lead to unbelief. In the same way, we can choose to go to the Center of our faith, Jesus, and see what he has to say about the matter. Click To Tweet

Sin comes when our conclusions drive us toward unbelief. When our conclusions cause us to trust Christ and go deeper in our pursuit of God’s truth, our faith is strengthened and the doubt has been answered. In other words, sin enters the scene when uncertainty turns to unbelief, while stronger faith is produced when uncertainty turns to assurance.

In the seventh chapter of Luke’s Gospel, he records a story about John the Baptist. John the Baptist is regarded as a great spiritual model in the Church because he “prepared the way” for Jesus to begin his ministry.

Yet, in this story, John the Baptist is recorded as having doubts himself!

What? Not John the Baptist!

In this story, John was in prison for his faith. Things were not turning out as he hoped they would. It’s not a huge stretch to assume John knew he was nearing the end of his life, and understandably, he wanted assurance that Jesus was the Messiah. He wanted to make sure his death would not be in vain.

John decided to send a couple of his disciples to ask Jesus, “Are you the one to come, or should we expect someone else?”

Once his disciples asked Jesus the question, Jesus’s response was very telling. It was not, “You go tell John to just have faith and quit asking questions!”

Instead, Jesus’s response was to “go and tell John what you have seen and heard: The blind receive their sight, the lame walk, the lepers are cleansed, the deaf hear, and the dead are raised…”

Jesus did not want them to have blind faith about who he was. The point of his miracles was to point to the fact that he is “the one who is to come.” He provided evidence for the divine claims he made through his miracles. That’s what he pointed to when he was questioned.

Lastly, in verse 28, Jesus said about John, who had just doubted him, that “among those born of women, none is greater than John.” Even after doubting and needing assurance, Jesus commends John the Baptist!

Although doubt is seen as a negative in a large portion of the church, be encouraged that the Lord’s attitude about doubt is very different. You aren’t a “bad Christian” for doubting. I have a podcast and blog aimed toward providing reasons for the hope that we have in Christ, yet I wake up some mornings and question if it is really true.

I’ve learned to take my doubts, questions, and concerns to the feet of Jesus. If I go anywhere else, the answer I receive will lead me away from Christ. This does not mean we can’t get helpful insight from other resources. In fact, that’s what you’re doing right now!

Other resources are good, and God can use them for our spiritual growth and understanding. However, when we go to outside resources, our hearts and minds should be under the lordship of Christ to direct us and give us discernment when we do go to those resources.

That’s why it is critical to know Scripture for ourselves: to be able to discern what’s true and false from any resource we go to. It’s also critical to pray for the Lord’s wisdom and help in seeking answers. This is a practical way to bring your doubts to the Lord.

Be assured, brother and sisters, when you doubt, you are still a child of the Living God. When you take your doubt to him who created you, he will supply you with whatever answer your heart needs. Sometimes we may not like the answers to certain doubts.

However, every day, every Christian must answer the same question: who has ultimate authority in my life? Myself and my desires, or Christ? Click To Tweet

He knows what that need is better than you do. Be encouraged that when you have doubt, you can let it be known, for our Savior invites you to bring them into the light so that he can assure you of all things concerning himself.