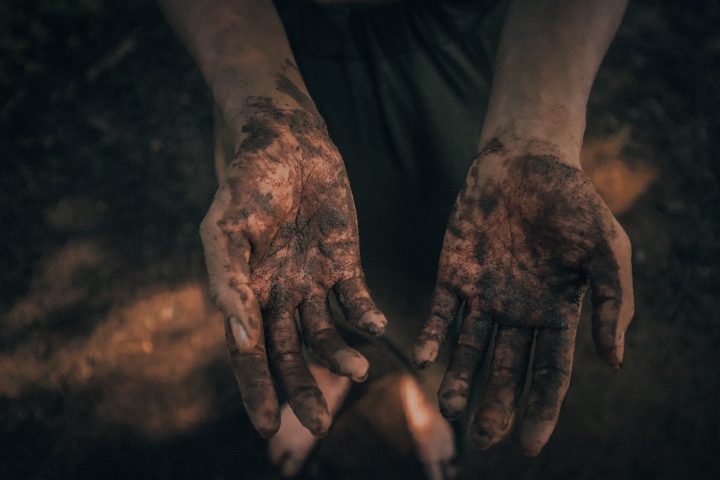 In recent years, we’ve seen a renewed cultural focus on self-worth. Mental health movements seek to address the crippling insecurities that harm people of all walks of life, and we’re constantly being told that we’re wonderful. That we’re perfect. That we’re good enough.

On the surface, this seems like a good thing. Some people struggle with seeing themselves in a positive way, and anxiety and depression are more common now than ever.

But searching after self-worth isn’t what will give us ultimate security. Only Christ can do that.

Before I continue, I want to go over what I’m not saying. I’m not saying:
– that you are worthless
– that people should feel guilty for suffering from mental disorders
– or that Christians should think negatively about mental health

I’m glad to see that mental health is talked about more! I’m glad that if you’re in need, there are resources for you. These things are blessings, and I don’t want to minimize them in any way.

But what I’m troubled by is the idea that “You are good enough just as you are.”

God made it very clear in the Bible that we’re not righteous.

Ever since Eve fell to Satan’s temptation in the Garden of Eden, humans have never stopped their wicked actions. Our forefathers sinned, and so do we. Anger, malice, murder, and unnatural loves—we’re all guilty, like it or not.

Even though God gave the Israelites a way to atone for their sin using sacrifices, that didn’t make the Israelites themselves righteous. All the sacrifices did was take the punishment the people should have borne. Instead of the Israelites bearing the weight of their sin, they could burn it on an altar and appease God’s just wrath.

But that didn’t make them the righteous (Hebrews 10:1-4). They had still sinned; they just didn’t have to be the ones to pay for it.

So why do we think we are good enough? We’re not. Even if we only focus on our good parts, we aren’t going to measure up to God’s holiness any more than the Israelites did.

Telling ourselves that we’re perfect as we are is self-deception. And deception hurts both the deceiver and the deceived.

We aren't going to measure up to God's holiness. We can't. We won't. Telling ourselves that we're perfect as we are is self-deception. And deception hurts both the deceiver and the deceived. Click To Tweet

Conscious of Our Wrongdoing

Another way the modern concept of self-worth hurts us is that we know, deep down, that it isn’t true.

Why do so many people suffer from these kinds of insecurities? Why does humanity have this deep-seated fear of not being good enough? I wonder if it’s partly because we know what the Bible teaches, that we’re a wicked people in need of a Savior.

General revelation comes to everybody, and part of it is your conscience. Your conscience is what tells you that murder is bad, that you probably should feel guilty for stealing that cookie, and that you really ought to listen to your parents because they want what’s best for you.

Obviously, our conscience doesn’t keep us from sinning. But it’s there, and everybody has it. And since we’re unrighteous, doesn’t our conscience make sure we know that? It gives us a sense of wrongdoing, and wrongdoing and unrighteousness are synonymous.

If we are constantly told we’re perfect, then we feel like we have to measure up to everyone’s expectations of us.

If we’re constantly told we’re good enough without being perfect, then we feel like doing the right thing doesn’t actually matter.

Sounds like the message of the Bible is pretty bleak. If we can’t measure up, then why should we try? All it’ll bring is insecurity.

But our true worth isn’t found in ourselves. And in the real message of the Bible, our insufficiency is actually a good thing.

Knowing that we’re unworthy of any blessing turns our eyes to the One who is. Though God is just, and though our sin must be punished, He loved us enough that He sent His own Lamb to take our punishment.

That Lamb was His own Son, and Jesus Christ of Nazareth came into our world as one of us, was crucified, died, was buried, and was resurrected three days later.

Through His sacrifice, we don’t bear any more guilt from our sins.

He paid it all.

Because of Jesus’s death, our worth has nothing to do with us anymore. Hear that?

Absolutely nothing to do with us—it’s like we’re not even holding it anymore.

Christ took our sin. And since our worth is tied to our righteousness, and we now bear Christ's righteousness, God doesn't see our sin anymore. Instead, He sees Christ. And Christ is worthy. Click To Tweet

Christ took our sin. And since our worth is tied to our righteousness, and we now bear Christ’s righteousness, God doesn’t see our sin anymore. Instead, He sees Christ.

And Christ is worthy.

This is the great message of the Gospel. We aren’t perfect—but Christ is. We aren’t good enough—but we don’t have to be.

It’s not about “me” anymore. It’s all about Jesus.

Why should we be afraid? Our Lord is good.

is a 17-year-old student and writer from small-town North Carolina. She loves music, books, and learning about the grace of God as communicated through storytelling. To read more of her work, go to her Roses of Grace

By Emma Thrasher 10 months ago
6 comments