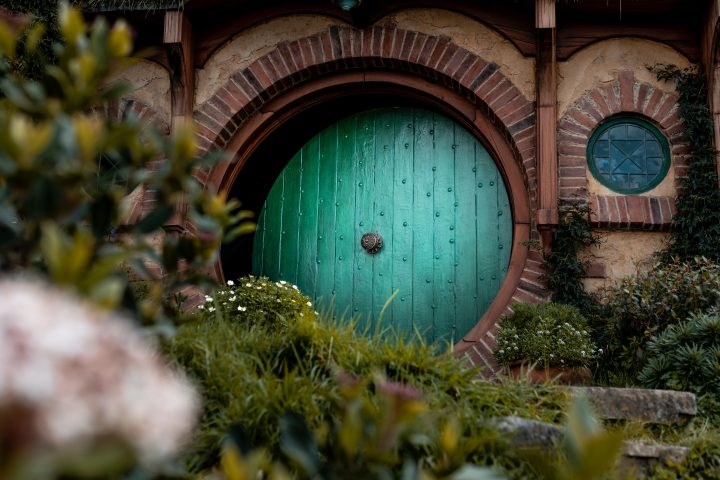 “If I take one more step, I’ll be the farthest away from home I’ve ever been.” Sam Gamgee said to Mr. Frodo as he stood on the edge of adventure in The Fellowship of The Ring.

We’ve all been there, standing on the edge of something new and different from anything we have ever experienced before. We have all had hobbit moments. The question is, how will we respond to them?

Will we sit on the fence and stare instead of stepping? Will we turn on our heel and go back the way we came? Will we take a shortcut, go around, compromise? Or will we be like Sam and step into the unknown in faith?

This fall I began my journey, my adventure. At first it felt just as unknown and frightening as Sam’s. I said goodbye to my books, my bedroom, my house, and was university bound. I was on the edge of a new chapter in my life, and I whispered to Frodo (though I know he probably couldn’t hear me) that if I took one more step, I would be the farthest away from home I’d ever been.

I have been at school for a little over two months now and my first piece of advice to anyone on the edge of a new adventure is, just do it. Just take the step, and once you step, don’t turn back. One of the hardest things to do when beginning a new chapter in life is keeping your eye forward instead of longing for what was.

Sometimes new chapters are forced on you by uncontrollable circumstances; sometimes they are opened by choices you have to make. Either way, the important thing to do is to keep moving forward.

Bilbo sings these words to a traveling ballad at the beginning of The Fellowship of The Ring:

“Home is behind, the world ahead,

And there are many paths to tread

Through shadows to the edge of night

Until the stars are all alight.”

Life is a series of journeys, and sometimes God calls us away from home, to leave it behind, to travel into the world ahead of us so He can shape and use us. When we look at the rest of The Lord of The Rings, we see Sam change; he is not the same young hobbit who left the Shire, all a bundle of excited nerves around anything new. Instead, he returns a humble hero who snuck into an orc camp to rescue his friend, even though he believed he would only be retrieving his body. Sam is the true hero of Middle Earth, because he said yes to being a loyal friend and stepped away from home into an unknown future.

You may never slay orcs, or feast with dwarves and sing with elves, or risk your life to save a world; but you might stand up against injustice, you might make friends to last a lifetime, and you might change a few lives. Click To Tweet

You may never slay orcs and goblins, you may never feast with dwarves and sing with elves, and you may never risk your life to save a world; but you might stand up against injustices of bullying or of covering up the truth, you might make friends to last a lifetime in your fellow adventurers, and you might change a few lives (the people you smile at, help with homework, or support in a struggle), maybe without even knowing.

“You still mean to come with me?”

“It is going to be very dangerous, Sam. It is already dangerous. Most likely neither of us will come back.”

“If you don’t come back, sir, then I shan’t, that’s certain,” said Sam. “Don’t you leave him! they said to me. Leave him! I said. I never mean to. I am going with him, if he climbs to the moon; and if any of those Black Riders try to stop him, they’ll have Sam Gamgee to recon with, I said… I do not know how to say it, but after last night I feel different. I seem to see ahead, in a kind of way. I know we are going to take a very long road, into darkness; but I know I can’t turn back. It isn’t to see Elves now, nor dragons, nor mountains, that I want – I don’t rightly know what I want: but I have something to do before the end, and it lies ahead, not in the Shire, I must see it through, sir, if you understand me.”

As faithfully as Sam followed Frodo, we are called to follow Christ. Even though Sam’s original motivations for the journey faded, he did not waver in his loyalty to his friend, no matter what kind of danger he led him into. Click To Tweet

As faithfully as Sam followed Frodo, we are called to follow Christ. Even though some of Sam’s original motivations for coming on the journey faded away or came to fruition, he did not waver in his loyalty to his friend, no matter what kind of danger he led him into.

His motivation didn’t just disappear though, it changed. He no longer just went along to see sights and wonders; now he wished to assist, support, to bear Frodo’s burden of the terrible ring up Mount Doom. Like the Ethiopian in Mark 15 who bore Christ’s cross up Calvary Hill when his flesh became too weak to bear it, Sam saw it as an honor to face the possibility of death with his friend.

That something Sam felt drawing him ahead, that thing he wasn’t quite sure what it was, that thing is a calling. And Christ calls each of us to something, and sometimes, like Sam, it may be a very long road into darkness. He calls us to take up our cross and follow Him into the unknown (Luke 9:23).

Unlike Frodo though, Christ knows what is ahead. He knows what He is calling us to. He knows what the adventure ahead holds for us. Much like Gandalf, Christ is there to stand beside us, protect us, and yes, sometimes make us do things we don’t want to do.

We don’t have to be afraid of taking that one more step and being the farthest away from home we have ever been. We can be, as Aragorn calls Sam, brave young hobbits. Small, simple people of humble courage. Click To Tweet

But we don’t have to be afraid of taking that one more step and being the farthest away from home we have ever been. We can be, as Aragorn calls Sam, brave young hobbits. Small, simple people of humble courage.

Like all hobbits, even brave ones, it was a hesitant step into adventure for me, one I was not quite sure I was ready to take. It is still hesitant some days, but I simply continue to hold tight to my heavenly Father’s hand and let Him lead me. As long as God leads me, I can say to Frodo, “I am ready, let’s go.”

By Abbi Langille 1 month ago
6 comments