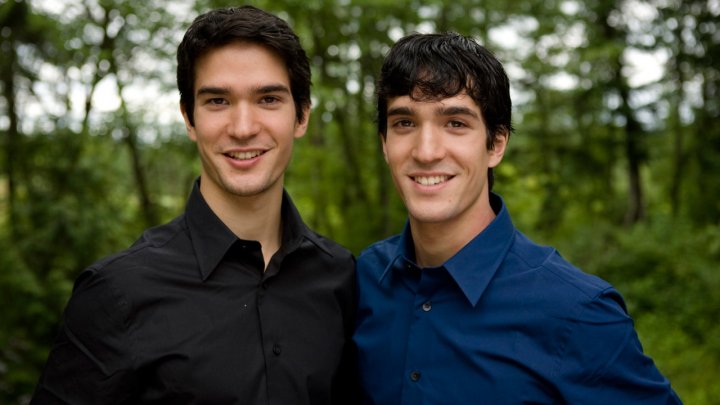 Alex and Brett Harris founded TheRebelution.com when they were sixteen-years-old. They had no idea it would soon become one of the most popular Christian teen websites on the Internet, with nearly 40 million page views from over 5 million unique visitors since 2007.

At seventeen the twins had the opportunity to intern under State Supreme Court Justice Tom Parker, becoming the youngest interns on record at the Alabama Supreme Court. This age-defying experience convinced them that young people are far more capable than society suggests.

At eighteen they co-authored their first book, Do Hard Things: A Teenage Rebellion Against Low Expectations. Based largely on grassroots enthusiasm the book caught fire, reaching as high as #5 overall on the Amazon.com bestseller list and #1 under Christianity. It has since sold over 400,000 copies and been translated into a dozen languages.

For awhile their lives got really crazy. They traveled all over the world, reaching hundreds of thousands of teens, parents, and youth workers through live events and media appearances. They hung out with presidential candidates and guys like Chuck Norris. It seemed like everyone wanted to talk to them, including all the major media outlets. Here’s a sampling of the media coverage they’ve received:

Then, something happened. At nineteen they stepped back from public life to continue their education, going on to become the first in their immediate family to graduate from college. While attending school they released their second book, Start Here: Doing Hard Things Right Where You Are — where they share (among many other things) the lessons they learned about fighting pride, handling success, and keeping God at the center of everything.

The school they attended (called Patrick Henry College) was a good place for them. They were stretched, humbled (sometimes humiliated), and generally improved. They made true friends, fought their own personal battles against sin, wrestled through questions of calling, and for long stretches of time, stepped out of the limelight in order to practice what they preached. During this same period they watched their mother, Sono, bravely battle cancer and go to be with Jesus on July 4th, 2010.

They are both married, Alex to Courtney and Brett to Ana. Their ongoing aim is to follow Jesus Christ wherever He leads them. This has led Alex to Harvard Law School and Brett to pursue further writing. They continue to host TheRebelution.com as a resource for young people who want to reject apathy, embrace responsibility, and do hard things for the glory of God.

Want to know more? If so, check out this profile published by The Gospel Coalition.