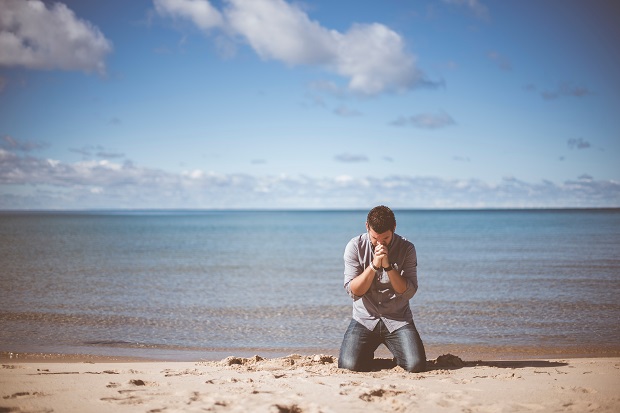 I hear it all the time.

“I hate to ask this, because I know there are bigger prayer requests out there,” or “I know this is really small, but…”

I’ve been guilty of saying the same thing.

My father recently put in for a job in Arkansas, over 600 miles from where we currently live.

Thousands of emotions flickered through my mind as I processed this information.

When I first heard about it, I instantly started praying. Lord, please help Daddy get the job! Just think, we might actually be able to live near our grandparents!

These petitions continued until my mind started drifting to other prayer requests. I have friends who are struggling with cancer, while their family slowly watches them fade away. I have an uncle who just lost most of his foot, and a friend who has had yet another surgery and is still living in constant pain.

When thinking about these people, how could I come to the Lord with such a petty request?

And that’s when it hit me. These thoughts are from the devil.

I believe that Satan tries to tempt us into believing that the Lord doesn’t care about small prayers. The devil tries his best to keep us from obeying the Lord and “bringing everything to him.”

Because, let me ask you a question. Who are we bringing these prayer requests to? And when we share them with others, who are they bringing them to?

And trust me when I say, no prayer request is too small for him.

God doesn’t sort through prayers like a mailman, putting some in a box marked “too small,” and others marked “urgent.” No, he takes every single request and guards it and cherishes it, because it was petitioned by one of his children.

In fact, we’re commanded in Scripture to bring everything to him. It says in Philippians 4:6 “Be anxious for nothing, but in everything by prayer and supplication, with thanksgiving, let your requests be made known to God.” And another verse found in Psalm 55:22, “Cast your burden on the Lord, and He shall sustain you; He shall never permit the righteous to be moved.”

I’m no theologian, but I’ve yet to find a Scripture that says, “Thou shalt not bring requests of small importance to the Lord,” or “Do not bother the Lord with mild worries, only share with him the big ones.”

Instead, God says to bring everything to him. Even though he already knows what’s on our hearts, he still wants us to confide in him. So, bring your worries, bring your heartaches, bring all your requests–big or small. Is something burdening you? Bring it to him. If anything, bring it to him because he’s asked you to.

He loves us, he cares for us–we’re his children.

A mother does her best to soothe her child’s pain, whether it be a broken arm or a broken heart.

How much more then does our Heavenly Father desire to soothe our pain?

The next time you start to bring a request to the Lord and you wonder if it’s too small, just remember that he’s asked you to bring it to him, no matter the size. He wants to take your burdens on his shoulders–shoulders much more capable of carrying the load. He loves you. He wants to soothe your pain. He wants you to call out to him for help, no matter the problem.

As Max Lucado says, “Our prayers may be awkward. Our attempts may be feeble. But since the power of prayer is in the one who hears it and not in the one who says it, our prayers do make a difference.”

Embrace that fact. Don’t let Satan hinder you from making your requests known to God.

Let’s bring everything to him in prayer.

writer of inspirational fiction and poetry, is an author of multiple books and enjoys sharing God's love through the powerful art of storytelling. Aleigha loves being a Student Mentor at the Young Writers Workshop. She doesn’t have to search very hard for inspiration. Living in the Israel household, it’s guaranteed there’s an adventure waiting around every corner!