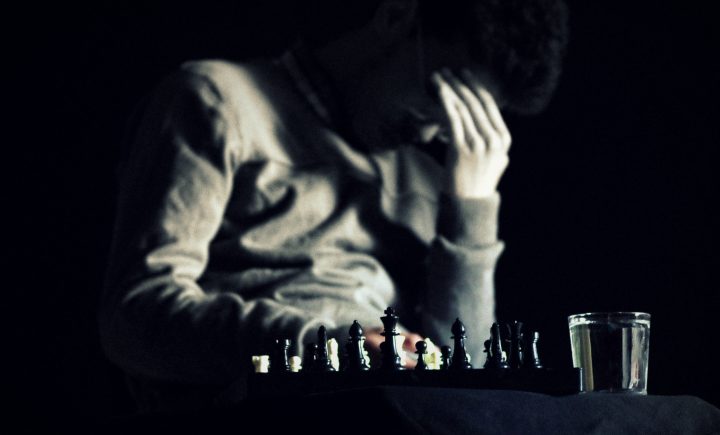 It probably comes as no surprise to anyone that there’s a lot about the Bible I don’t know.

Not only that, but there is a lot of content in the Bible that I have found (and still find) disturbing.

Kidnappings, rapes, murders – you name it. The Bible doesn’t shy away from the dark stuff of life.

Now, when I first started out in my walk with Christ, I chose to avoid those darker stories. They invoked a lot of uncomfortable feelings such as anger, fear, and even doubts that brought my faith into question.

Why would God allow such awful things to happen? Why were terrible people allowed to have their way? What purpose could it all serve? Any time I read those stories, my mind would fill with these and other questions that had no easy answer.

Not wanting to confront such feelings, I hid in the nicer stories the Bible had to offer. The story of Queen Esther. The epic tale of David and Goliath. And the parables Jesus shared were just some of my favorites.

But God had other plans. he wanted me to dig deeper into his word. And with a soft but steady hand, he guided me back to those darker stories and asked me to take another look at them. He was prodding me to ask my questions. He wanted to answer.

Yet, I saw those questions as a sign of a lack of faith. After all, didn’t the Bible say that faith was blind? Asking those hard questions was a sign that I didn’t believe, righ?

But here’s the thing, I was already thinking the questions. I had already experienced the doubts in my heart. Ignoring them wasn’t going to make them go away and was preventing me from growing spiritually. God knew all of that. He knew, and he wanted to clear up my doubts by sharing His wisdom with me.

The fact of the matter is, we’ll never be able to ask a question that’ll stump God. It’s not going to happen. He created our brains, and the brains ask him those “difficult” questions. He made the people who lived those dark stories. He knew them as intimately as he knows us now.

The fact of the matter is, we'll never be able to ask a question that'll stump God. Click To Tweet

There isn’t anything he doesn’t know.

God has the answers to all of our questions, and, perhaps even more amazing than that, he wants to share them with us.

1. GOD WANTS US TO ASK HARD QUESTIONS TO GAIN HIS WISDOM

Throughout the Bible, God calls his people, all of His people from all walks of life, to seek out his knowledge.

He walked face to face with Adam in the garden (Genesis), he set Mary at his feet so she could learn alongside the men (Luke 10:39), and he even sent angels to John while he was imprisoned in order to reveal the future to him (Revelations).

He wants us to have his wisdom because He wants us to use it. Maybe he included the darker stories in the Bible so we wouldn’t be surprised by the darker circumstances of life and would know how to handle them well.

God has assigned us all the important task of sharing the good news with the world, and he always equips his servants with the tools necessary to accomplish the tasks he assigns.

“All Scripture is given by inspiration of God and is profitable for doctrine, for reproof, for correction, for instruction in righteousness, that the man of God may be complete, thoroughly equipped for every good work.” (2 Timothy 3:16-17)

It only makes sense he’d give us the wisdom necessary to make good choices while we do such important work.

2. GOD ALWAYS TOOK TIME TO TEACH AND SO DID JESUS

There are many examples of God taking the time to teach his people throughout the Bible.

After the Israelite’s exodus from Egypt, God spent days with Moses on the mountain, inscribing the rules his people would need to live happy lives as a new nation. (Exodus 19:19-21) And he even took the time to re-write those laws after Moses destroyed them in anger over the Israelite’s faithlessness. (Exodus 32, Exodus 34:10-35)

Later, after Solomon became king over Israel, God told him to ask for anything and it would be given to him. Solomon asked for God’s wisdom. And God granted it to him. (In fact, God was so pleased by Solomon’s request for wisdom that He rewarded Solomon with great wealth.)

Jesus spent his entire adult life teaching. Though he arguably had a lot already on his plate, being the Messiah sent to save humanity and all.

Yet, hhe still spent years sharing his wisdom with all of the people around him and encouraged his disciples to do so as well, sending them to every corner of the earth to teach His message of saving grace to others. And he’s still able today to teach us and answer our hard questions.

3. GOD PROMISES IF WE SEEK HIS WISDOM, WE’LL FIND IT

God isn’t sitting up in heaven, looking down on us waiting for us to mess up. He wants to share his wisdom with us, helping us to make wise choices and grow spiritually.

God has promised if we seek his wisdom, we’ll find it.

If any of you lacks wisdom, let him ask of God, who gives to all liberally and without reproach, and it will be given to him. (James 1:5)

God wants us to want to know more about him. He wants us to ask him our questions. Click To Tweet

Now, sometimes the answers might not be what we want to hear. God knows us much better than we know ourselves and like any good father, he knows that there are some topics we aren’t ready for just yet. But there isn’t any harm in asking. In fact, encouraging curiosity into God’s word is never a bad thing.

So, don’t be afraid to ask God those hard questions. Trust me. He can handle it.

is a linguaphile from Texas who hopes to use her words, both written and spoken, to bring glory to the Lord Most High. When not writing she can be found within the pages of a good book, or watching the latest episode of her favorite tv shows, and drinking way too much tea while doing both. You can check out more of her work at http://linzauthor.com.