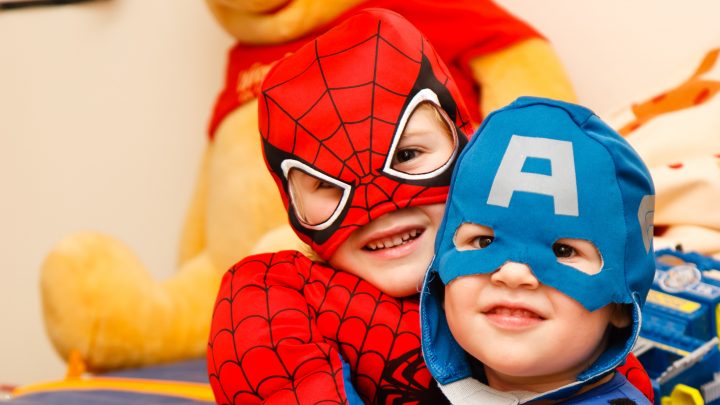 “I wish we could be 10-years old again—back when we played as little princesses and life was simple and easy.”

My friend sighed wistfully as she said it, and my heart echoed the sentiment. We were discussing the myriad of different challenges and choices in life, and she was a little overwhelmed by it all.

Haven’t we all felt the same at some point? There was a time long ago when we were young, when everything was beautiful. We were sure everything would be simple and easy; we were convinced everything would work out alright. But we’re grown now, and we’re not quite so sure anymore.

Because as life went on, it also became harder. Dreams have died. Loved ones have been ripped away too early. We’ve stumbled and fallen. Life is no longer full of play and enjoyment; there are decisions to be made—big, life-altering ones—and we’ve known failure enough to fear its coming again. We’ve let love in, only to let it wound us, and are left wondering if we’ll ever find it at all. We’ve lost friendships and trust, and wonder if in a way we’ve also lost ourselves.

Because we’re not those happy little children anymore. Growing up is hard, and we bear the evidence that we’ve learned that through experience. Our toy crowns are long gone, our shoes are scuffed and scraped, and our eyes have seen some tears. And sometimes we wish it all away, that none of this had ever happened, and that we could go back to being those children again.

But maybe it’s a better thing, to be more than merely innocent.

WE CAN’T GO BACK TO INNOCENCE

Our childhoods are gone, yes. But truly we lost them long ago, when the innocent children of God bit into something darker. Our joyful romps in the Garden turned into toil in a world of our own making full of our own pain and hurt and bruises. Yes, how we wish that we could go back, how we wish there was no flaming sword, how we wish it had never happened.

Our childhoods are gone, yes. But truly we lost them long ago, when the innocent children of God bit into something darker. Click To Tweet

But maybe it’s a better thing, to be broken, but redeemed by love.

The what-if’s and could-have-been’s are not for us. We can’t go back to the Garden, it’s gone. But all our darkness and hurt that fell from the tree in Eden leads us to the horrifyingly beautiful beams of another tree, one where blood and water mixed with grace came down. Our bloody mess led to Jesus’ better sacrifice. We can’t go back to the Garden, but we’re headed now to a glorious City.

We can’t stay forever 10-year-olds—that decision has already been made for us. All children must grow up eventually. Yet it’s better to be grown, to be whole, to be complete. We may be little princes and princesses no longer, but now we may rise up as valiant kings and queens.

Jesus has made the brokenness into something better. Our hurts aren’t taken away, but their power is. Each shoveled hole makes us deeper people, each drop of rain makes our roots grow. We have known grief, but it has allowed us to truly know joy.

STORIES MADE BETTER BY THE TRIALS

Our stories aren’t the simple, easy ones we had thought when we were young. Yet maybe the stories are better ones for the hardships we go through; maybe the ending is more glorious because of it.

I don’t fully understand, I don’t have the right words; but somehow it’s better, it’s more beautiful for the brokenness. The Cross of Calvary is a more wondrous mystery than the tree in the Garden, and the thread that has been woven throughout time and entered into all the hurt and tears is still joyful, and yet a deeper joy still, because of the hurt. We’ll be renewed and everything we were meant to be, yet still somehow what we were, tied to and deepening it.

So let’s face the next step with strength. “Courage, dear heart,” for our Aslan calls us on to harder and higher things. We can’t go back to our childhood gardens, nor does he call us there. Instead, Christ is beckoning us to join his story and his plan, which may sometimes seem harder than we can stand, yet still all the more glorious.

Christ is beckoning us to join his story and his plan, which may sometimes seem harder than we can stand, yet still all the more glorious. Click To Tweet

We’re coming to a world beautiful, not because it is new, but because it is made new. We’ll be glorified in eternity not because we are perfect, but because Christ has made us perfect. He’s coming as a King reigning over all, yet a Risen King still, bearing the red wounds of war in beauty upon him. Every sad thing coming untrue, yet us being better for the fact that for a moment they were. That’s what’s coming.

Maybe it’s a better thing, to be more than merely innocent,

But to be broken, then redeemed by love.

Maybe this old world is bent, but it’s waking up.

And I’m waking up.

“Don’t You Want to Thank Someone” by Andrew Peterson