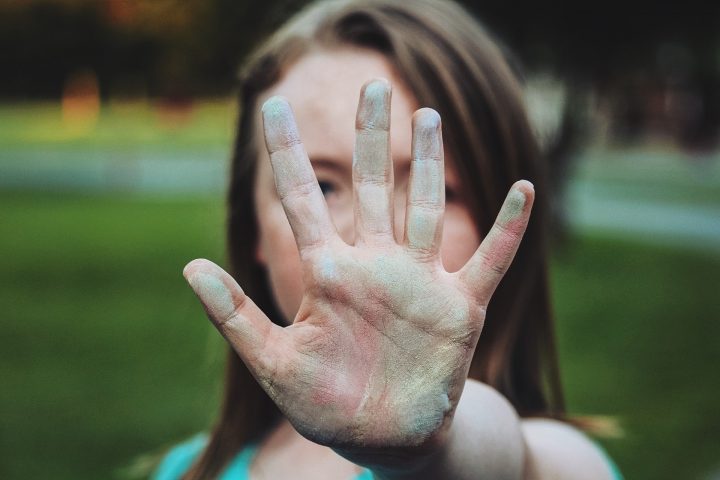 Confession: I haven’t seen Endgame. Okay, no, that’s not the confession (though it is true). The confession is I haven’t even seen Infinity War. And it’s not because I don’t want to — far from it! Anyone who knows me well will tell you that I’m a Lord of the Rings-Star Wars-Marvel kind of girl. (Not DC. Sue me.)

But then the doctor said no. No, you can’t watch action movies anymore. Sara, it’s harmful to your health right now. Eventually, but not now. Your extreme sensory sensitivity makes it a really bad idea.

I’ve done without a lot of things as a chronically ill girl. Normal clothes. Dairy. Gluten. Birthday parties. Reading. Even a place to call home. But there are certain small things that really frustrate me. Like not being able to watch action movies.

But I can’t. Trust me, I tried, even though my doctor strongly suggested not to. But when Black Panther left me shaking uncontrollably with my head over a trash can, it sunk it. No action movies for now.

But if I couldn’t watch them, I was not going to have them spoiled for me. I would get better, and I wanted to be able to enjoy them properly when the time came. And let me tell you, I avoided spoilers like the plague. I went to extreme lengths to not have Infinity War spoiled for me.

I refused to let anyone even talk about it while I was in the room. It didn’t matter if all they wanted to say was the title of the movie; I either got them to stop talking about it or I left the room. (Nevermind the fact it drove my sister crazy. It was necessary!)

Once, on a video call with a group of people, someone started talking about the latest Marvel movie and I hung up. Yes. Literally. I didn’t even watch the trailers of new movies coming out. I haven’t even watched the Captain America clip warning against spoiling Endgame!

Endgame just hit theaters, and my brother was certain there was no way I hadn’t had Infinity War spoiled for me yet. “What? You haven’t even seen the memes?” He didn’t think it was possible. But it’s true.

People thought I was crazy when I hung up to avoid spoilers. My sister got driven crazy by my refusal to even let her talk about the new Marvel movies. But the movies have been kept untainted for me.

People won’t get it when we are careful to avoid sin. They will think we’re a little crazy. But we want our hearts to be pure before God. Even small spoilers — or sins — can have a big impact. We must guard against them with a vengeance.

“Therefore, since we are surrounded by so great a cloud of witnesses, let us also lay aside every weight, and sin which clings so closely, and let us run with endurance the race that is set before us, looking to Jesus, the founder and perfecter of our faith, who for the joy that was set before him endured the cross, despising the shame, and is seated at the right hand of the throne of God.” (Hebrews 12:1-2 ESV)

Let’s lay off all the entangling, clinging sins in our lives! Other translations say to “throw” them off. Take drastic action to remove them completely. Hang up the phone. Avert your eyes. Give your parents access to your email account. Say “no” to sin, and mean it.