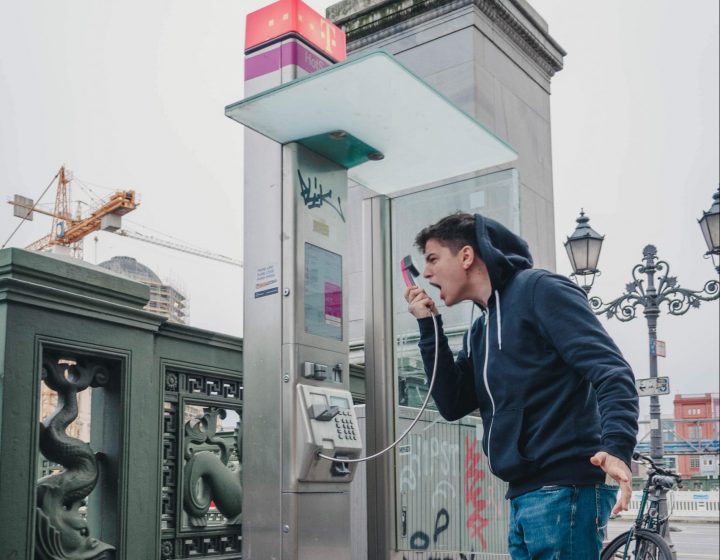 “Think before you speak!”

Ever heard those words before? They’ve been said far too much for us to actually pay attention, but I feel that they are more relevant now than ever. Things are really, really crazy right now–I mean, we’re actually living through a pandemic.

With people arguing over whether masks are an infringement on their rights, the spread of nationwide cabin fever, and the overall racial unrest, tempers are definitely high, and understandably so. In all the chaos, one verse stood out to me in particular–James 1:19.

“Know this, my beloved brothers: let every person be quick to hear, slow to speak, slow to anger.”

All you have to do is open Facebook or Instagram to see people–even fellow Christians and friends–tearing one another apart over social media.

For the simple reason that they want to have their voices heard, which is not a bad thing in itself. But that fact is, they want to drown out anyone and everyone who opposes them, and they don’t go about it very nicely. As a Christian, I know that this is not the right way to make my voice heard.

1: It Goes Against Scripture

Besides the verse I already mentioned, there are many Scriptures that instruct us to avoid anger and unkind words. Take Ephesians 4:31-32:

“Let all bitterness and wrath and anger and clamor and slander be put away from you, along with all malice. Be kind to one another, tenderhearted, forgiving one another, as God in Christ forgave you.”

Even if we disagree with someone, we still should not have “wrath” and “slander” and “malice.”

Now, we’re all human and we all make mistakes. But being followers of Christ means that we should try our best to follow the words of Scripture on this subject.

I’ll admit that I tend to be sarcastic and anger-prone myself, but I know that there are better ways to communicate my beliefs. All of us (myself included) need to remember to be “praying at all times in the Spirit” (Ephesians 6:18) in order to overcome our innate sinful nature through the power of God.

Whether you’re witnessing or just trying to get your point across, resorting to anger and mockery produces bad results.

First, shouting your opinions in all-capitals may get others’ attention, but it will not yield the proper outcome. In fact, it’ll do just the opposite. Proverbs 15:1 says,“A soft answer turns away wrath, but a harsh word stirs up anger.”

If you attack someone over an issue, they are more likely to fight back than to meekly agree with you.

Second, railing against someone’s idea or view doesn’t usually change anything. The verse immediately following James 1:19 tells us: “For the anger of man does not produce the righteousness of God.”

As Christians, it is our responsibility to show others Christ’s love. So how does it look to the questioning unbeliever when Christians shoot each other down on social media? It makes us seem like complete hypocrites who don’t practice what we preach. If we truly love God, we’ll also love others. 1 John 4:20 says,“If anyone says, “I love God,” and hates his brother, he is a liar; for he who does not love his brother whom he has seen cannot love God whom he has not seen.”

If we speak unkind words to each other, how does that show the love of Jesus? It doesn’t. Pointing others to God by our actions means being kind and loving.

None of what I’ve said means that Christians should be timid and silent. In fact, sometimes truly loving others means we should be compelled to correct them. But always remember: “quick to hear, slow to speak, slow to anger.”

This world doesn’t need anymore division. So please, next time you feel the urge to yell at someone from the safe, impersonal distance of social media, take a deep breath and remember that there are better ways to use your time, energy and words.

is fourteen years old and lives in California. She loves reading, drawing, writing, biology, horses and Jesus. Grace believes in serving God wherever He has placed you and has a goal to become a doctor so she can share the love of Christ with her patients.