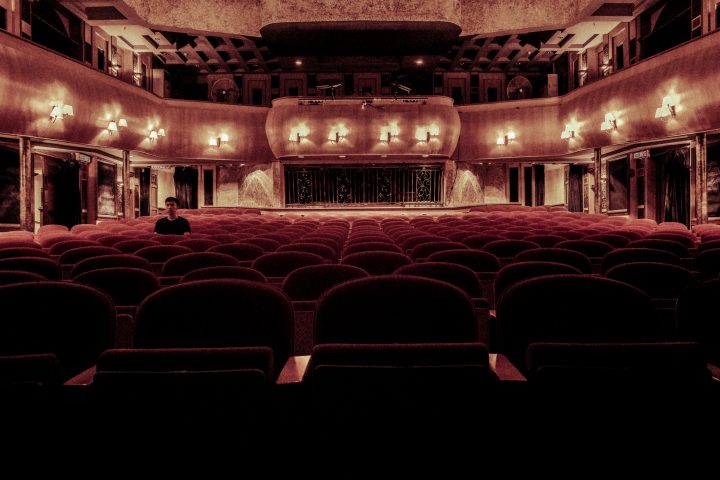 Editor’s note: Emily Smucker is a staff writer for TheReb and has recently released a memoir, from which this moving story is an excerpt. We’ll let her explain it…

Two years ago, I set off on a year-long road trip around the USA, where I planned to live in a different community every single month and support myself by writing. Nothing quite went like I expected it to, and I ended up writing a memoir about that year, titled The Highway and Me and My Earl Grey Tea. The book was released on November 16, and is available to order now. 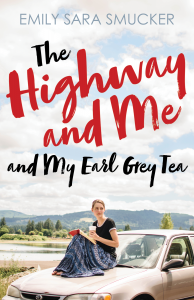 The following story is an excerpt from The Highway and Me and My Earl Grey Tea. It took place while I was living in Lancaster City, Pennsylvania, in a neighborhood called “Cabbage Hill.”

Miracle in a Theater

One afternoon I packed my work backpack with my laptop, planner, headphones, wallet, and a hard-boiled egg. Slinging it over my shoulders, I popped out the front door and onto the crowded sidewalk. I walked past the corner store, where a group of young teens were eating ice cream.

The streets of Cabbage Hill were oddly angled, and the house at the edge of the neighborhood had a triangular backyard that ended in a perfect point. One block up and a couple blocks over, I was in the heart of downtown at the Prince Street Cafe, and directly across the street from the Fulton Theatre. I sat down with a mug of Earl Grey tea and started working on my writing projects. But I kept looking across the street at the theater and the wide posters advertising the musical Once.

My heart was laden with longing.

I’d never seen the musical, but I owned the soundtrack. I played it over my car stereo system on those nine-hour drives between destinations. It was beautiful, moving music, and I wanted to know the story behind the songs. Every time I had walked past the theater, I’d felt a pang of longing. “Father God,” I’d finally prayed, “I can’t get this play out of my mind. If you want me to go, you’ll have to provide a way.”

Now, as I looked across the street at my Last Chance, I tried to figure out whether or not God had answered my prayer. What had I meant when I’d asked God to provide a way? More writing jobs? I had gotten an unexpected writing job. But still, my strict weekly budget had not changed, and I could hardly justify spending extra money on myself just because.

Maybe I’ll just pop across the street and see if they have any tickets left, I thought. I finished up the project I was working on, drank the last of my now-cold Earl Grey tea, and ate my hard-boiled egg. Then I packed up my work backpack, slung it once more across my shoulders, and stepped outside.

Rain was falling in the twilight, turning the street a reflective duochrome color. I dashed across when there was a break in traffic, and went inside the glass door marked “box office.”

“Do you have any more tickets for tonight’s show?” I asked the woman at the box office window.

“Well, let me see.” She clicked around on her little computer. “It looks like all that are left are the balcony seats. They’re not the best seats, but the theater is small enough, you’ll still be able to see pretty well. They’re $29 each.”

“I’ll take one,” I said, pulling out my credit card. At this point I was just going for it, not really stopping to think.

Throughout this transaction, an intermittent stream of people had come to the second box office window to claim already-purchased tickets. A young woman in a long burgundy tunic top came along. “Ticket for Katie Smith?”

“You have two tickets,” said the woman at the window.

“I do?” asked the girl in the tunic top. “Well, I only need one. Give the other one to someone else.” And she danced off.

In this way, I found myself with a free ticket to see Once.

I was in a bit of a daze after that. I felt that fuzzy ache in the back of my head, as though I were getting sick again. I couldn’t believe that this had happened to me. That I was actually seeing this beautiful musical in person.

I was settled into my upgraded, plush velvet seat when a girl in a burgundy tunic top came and sat next to me. Seeing her face, I was suddenly convinced that she was a Christian. “Were you the one with the extra ticket?” I asked.

“Oh, good, I was hoping they’d give it to someone!”

We slipped right into conversation. She was the stage manager at Sight and Sound, a local theater that puts on elaborate dramatizations of Bible stories. “Different theaters in this area give each other free tickets,” she said. “That’s how I got these. Have you seen Once before?”

“No, but I love the soundtrack,” I said.

“I just love this musical,” she told me.

Then the prelude music was over, and the lights went down. There was only the character named Guy, standing alone on stage playing “Leave” on his guitar. My favorite song from the soundtrack.

I was so overwhelmed by this unexpected gift from God that I began to tear up. Artistically, it impacted me deeply. Later, after I went home, I stayed up half the night feverishly writing a synopsis for an entire musical of my own.

Once was everything I could have wished it to be. Nevertheless, one real-world problem kept worming its way into my brain as I sat there in the historic Fulton Theatre. How was I to get home? Was it wise to walk home by myself through those dark, closely fitted streets?

When the show was over I turned to Katie. “Did you drive here?” I asked.

“If you don’t mind, that would be great!” I said. “I live really close, I just don’t want to walk there alone after dark if I can help it.”

“I think it’s really cool that you work at Sight & Sound,” I said as we gathered our belongings and walked out to her car. “I went there, like, twelve years ago, and it was amazing. It was the first time I really saw Christians doing cool stuff with drama, and it made me think that someday I could be involved in drama too. And thank you so much for tonight. I really wanted to go to this show, and I didn’t know if I could afford it. God used you to answer my prayer.”

“I have something else I’d like to give you,” she said. Then, reaching into her purse, she pulled out a voucher for two free tickets to see Jesus, the current Sight & Sound production.

I was overwhelmed. I couldn’t believe it. The gift just kept on giving.

Spiritually, the last few months had been strange for me. Somehow, even with all the death and chaos on the borders of my life, I’d never doubted the goodness of God. Maybe because this was a street I’d walked before. My life has always been plagued with illness and uncertainty. And I’d understood, ever since the tragedy that marked my sixteenth birthday, that we live in a broken world where the people we love can be taken from us at a moment’s notice.

But I had come to doubt, over the course of my life, whether or not my feelings mattered to God. Other people had things I didn’t⁠ have—splendid romances, financial security, fat babies, vibrant health⁠—and I accepted this as God’s plan. Something I just had to be okay with. If I had feelings about it, I believed, without realizing it, that those feelings didn’t matter.

And then it was like the floodgates opened and God started telling me, no, Emily, you’re wrong. Your feelings do matter to me. I care about those losses in your life.

Even something as tiny as a musical. I’d felt so strange when I prayed, “If you want me to go, you’ll have to provide a way for me to go.” Why would God want me to go to a musical? Surely the musical was not something that mattered?

To read more encounters and adventures like this, order The Highway and Me and My Earl Grey Tea.