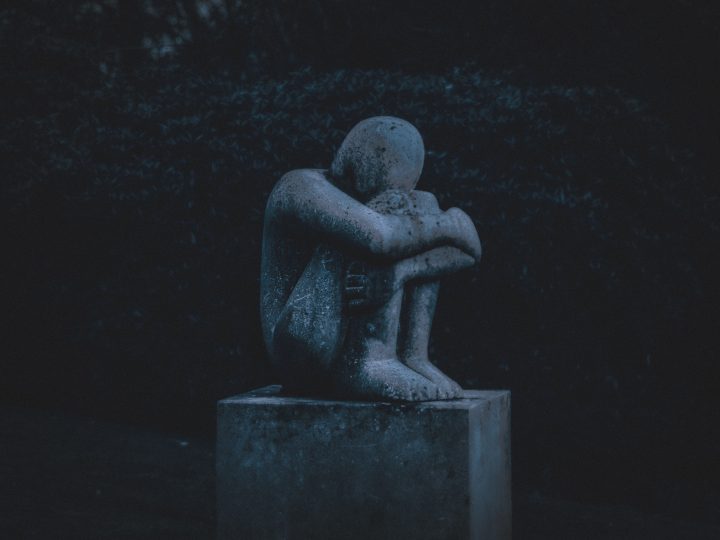 “We don’t know how to say goodbye.”

I discovered the poem during a Zoom class in April. We’d been studying Russian literature since the cold darkness of January. Now in the middle of spring we’d exchanged the long wooden desks and late morning light of our classroom for video calls and suddenly vibrant group chats. Instead of whispering with friends to either side, I made lunch during class with my computer on the counter. Sometimes my brother made a surprise appearance in the background.

If Russian literature knows one thing, it’s grief. The books and poetry we were studying that crazy, impossible semester dealt with the darkness of the world honestly and profoundly. Characters found themselves in impossible situations and wrestled with the world’s evils as well as their own. And there were no easy answers.

The Need for Biblical Lament

One of my professors spoke in chapel a few weeks ago about how to handle negative emotions, based on the psalms. After all, many of the psalms are incredibly vivid, poignant examples of grief, anger, frustration, or loss. The psalmists do not hesitate to bring their wrestlings before God.

What my professor said handling negative emotions starts with acknowledging those feelings to God. This is where I struggle; and I suspect it’s the same for many of us. It’s hard to acknowledge sadness. It’s a lot easier to just forget about it, to distract ourselves with work or entertainment.

Maybe too many of us aren’t practiced in biblical lament (or any kind, for that matter). We don’t know how to grieve.

It doesn’t end there, though. Woven throughout the psalms, the basis for even the cries of almost-despair that echo through some of them, is a profound sense of who God is.

For You are my hope; O Lord GOD,
You are my confidence from my youth.
By You I have been sustained from my birth;
You are He who took me from my mother’s womb;
My praise is continually of You.
(Psalm 71:5-6).

The point of this knowledge of God isn’t to negate our suffering (it’s not a case of, “God is good! You shouldn’t be sad anymore!”). Rather, it’s the basis for our trust. Because we know who he is, we can trust him enough to bring our grief and our frustrations to him, knowing that he still loves us, that there’s nothing we can do to lose that love, and that he is still working.

Many of the psalms follow a pattern: the psalmist cries out to God in grief and desperation; then, he recounts to himself who God is and what he has done, and resolves to trust and praise God (even though his situation isn’t any better at the moment). Maybe the psalms can provide a model for how we approach times of difficulty—like the year 2020—as well.

I’m far from an expert on this topic, so I’m not going to expound here on how we ought to pray or approach God in our sorrow. Rather, I want to look at some contemporary artists whose music follows something of this pattern.

My struggle has often been with acknowledging negative emotions in the first place. And because I tend to process life through music, listening to songs that deal with sadness can help me do that. With this in mind, here are a few albums and artists I’ve found that deal with grief, suffering, and inner turmoil in a way that’s healthy and God-honoring.

Andrew Peterson – Two of Peterson’s more recent albums, Light for the Lost Boy and The Burning Edge of Dawn deal with themes of sorrow, loneliness, depression and a longing for the restoration of creation.

Josh Garrels – Garrels’ album Home has been an unexpected soundtrack for me the last few years. “Leviathan” is a wrestling with God, book of Job-style. “A Long Way” takes a slow, melodic approach to tell the story of a son (or daughter, I suppose) coming back home one last time to say goodbye.

Brooke Fraser has become another of my favorite artists, although more on the basis of individual songs than entire albums. “Crows + Locusts” is a wonderful example of storytelling, one that’s gradually become more meaningful to me over the past couple years. “Ice On Her Lashes” is a heartbreakingly beautiful song of mourning.

More recently, I’ve discovered the music of Jess Ray. “Water / Wind / Fire” is probably my favorite, as it wrestles with how we desire God to come in and take over our lives, knowing at the same time that his presence can be a terrifying thing, that his working in our lives is often far more painful than we would like, even while it is more wonderful than we can imagine.