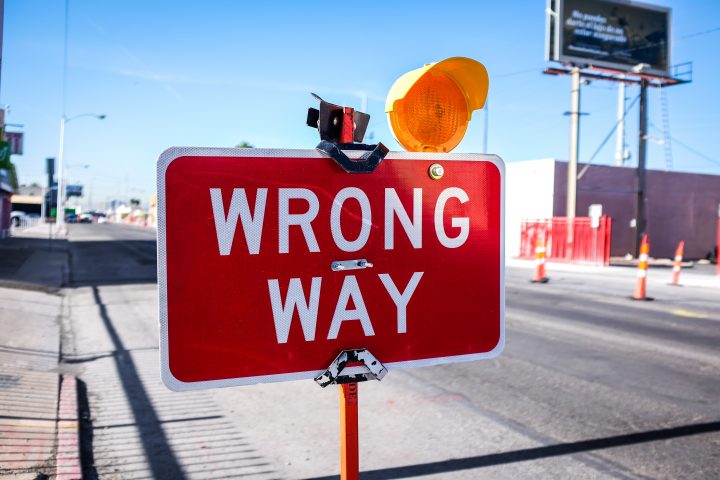 These words were posted on Facebook by Rainbow Rights, an LGBTQ+ support group. In the textpost, they stated that anyone who supports racism, sexism, or homophobia is going against, in their words, “basic common decency.” To anyone who would disagree, the textpost says, “We do not have a difference of opinion. We have a difference in morality.” This secular site is making a moral claim.

The secular Facebook group is right: Human rights do need to be protected. But how can a secularist worldview justify its moral claims?

Is Morality a Human Illusion?

The problem is that secularism does not have an ultimate standard to appeal to.

Of course, secular people can still be ethical. As Paul Kurtz, founder of the council for Secular Humanism, asks, “how is it possible that millions of people do not believe in God, nonetheless behave morally?” In other words, Kurtz is arguing that believers can’t claim the ultimate standard comes from Christianity when so many people live ethical lives without believing in God.

It’s true that you don’t have to be religious to love others or fight for justice. Secular people work for ethical causes all the time, like abolishing animal cruelty or protesting domestic violence. Human beings are created in the image of God, and part of being made in His image is recognizing that morality is objective. Knowing right and wrong, and protecting the rights and happiness of others, is not exclusive to any religious group. It is universal.

But the secularist worldview itself does not justify the existence of an objective moral code. Natural selection promotes the survival of the fittest, where the strong survive and the weak are left behind. So evolution does not provide a basis for caring for those who are weak and vulnerable.

If morality is not from a Creator, then it is just a matter of personal opinion or social consensus, and nothing is objectively good or evil.

In short, in a secularist worldview, morality cannot be anything more than a “human illusion,” as the Christian philosopher William Lane Craig puts it. While in a theistic worldview, it makes sense for morality to be absolute—for there to be a standard of right and wrong that is above anyone’s personal decisions—there is no justifiable reason for anything to be absolutely true in a secularist worldview.

More Than “Just Not Acceptable”

Can secularism itself ever call out something as objectively evil? We all know, for example, that racism is undeniably wrong. But does a secularist worldview give a basis for standing up against racism?

In a conversation on this topic, my friend Justin said, “racism is evil…it’s just not acceptable.” I agreed, but asked him by what standard he was able to make that claim (he is a secularist). He understood that racism is clearly wrong, and he stated this very firmly, but he had no justification from a secularist standpoint to make that assertion.

All he could say was to “be smart about your choices” and have “basic decency.” Are these true statements? Of course. But Justin wasn’t able to explain why they were true, because without a transcendent God to determine goodness and truth, there is no objective standard of morality.

Christians can say, with absolute certainty and justification, that racism is wrong. Why? Because our worldview is shaped by the fact that God has objectively created a moral standard, one that is protective of human rights and dignity. This is a standard that is completely independent of human opinion.

A transcendent standard of morality can only come from a transcendent cause—a Creator. This does not mean that you have to be Christian to be a morally upstanding person, but it does mean that ethical living can only be justified by a worldview that acknowledges the existence of a moral lawgiver—God.

The Rainbow Rights Community is right. Coffee is a matter of taste, and protecting human rights is a matter of morality. But they cannot sustainably make that claim on the basis of a secular worldview.

Only Christianity provides a consistent basis for appealing to an ultimate standard. And that’s not something we can agree to disagree about.

is a 20-year old undergraduate student in Interior Design at Seminole State College. Besides her love for art, she also enjoys theology and philosophy.