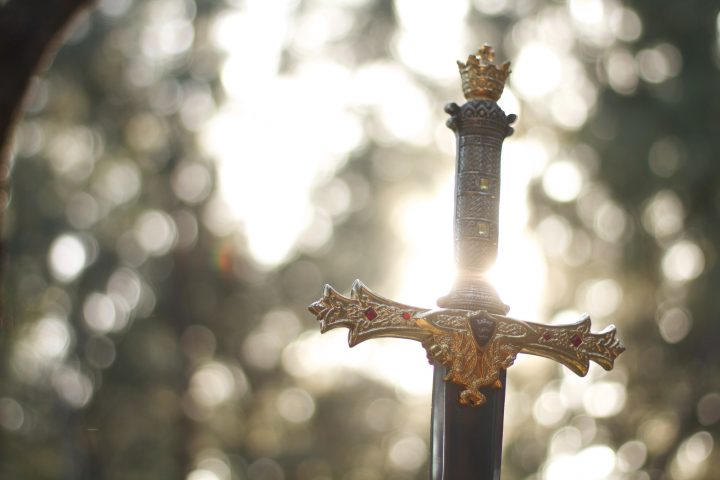 I have a confession: I don’t think I’d ever studied the book of Revelation in its entirety. That’s why I was so excited when my Sunday school teacher announced we’d be studying it this past Summer.

To be clear, I had read Revelation in bits and pieces as I studied other books of the Bible. There are passages I can nearly quote verbatim (Revelation 19:11 has always appealed to my equestrian heart). But I’d never done a focused study on the book as a whole.

If I’m honest, Revelation intimidated me. Beasts, plagues, and Armageddon aren’t exactly my cup of tea. Furthermore, the thought of trying to decipher signs and symbols, and weigh theories and speculations instantly fills me with overwhelming stress.

So, you can imagine my intrigue when my teacher said we’d study the book sans speculation. That’s right. We would study Revelation with the objective of finding the solid facts and undeniable truths, no crazy, off-the-wall interpretations allowed.

Eleven weeks later, I have a newfound appreciation for Revelation, and I’d like to share some of what I learned with you.

1. Revelation is About Jesus, Not the Future

“The revelation of Jesus Christ, which God gave Him to show His servants the things that must soon take place.” (Revelation 1:1, emphasis mine)

In keeping with the rest of scripture, the book of Revelation is about God, not us. Specifically, it’s the revelation of Jesus Christ–or revealing Jesus to us. Christ’s story doesn’t start and stop with the gospels. It begins in Genesis, ends in Revelation, and is woven throughout the sixty-four books in between.

The book of Revelation is about God, not us. It’s the revelation of Jesus Christ, His story doesn’t start and stop with the gospels. It begins in Genesis, ends in Revelation, and is woven throughout the books in between. Click To Tweet

Keeping that at the forefront of my mind was key. Instead of zeroing in on signs about the future, I asked myself each week, “What does this reveal about Jesus?”

Turns out, Revelation revealed a lot about Jesus:

He’s the Faithful Witness, Firstborn of the dead, and the Ruler of the kings of the earth (1:5). He’s the One who loves us, freed us from our sins, and made us a kingdom of priests to His God and Father (1:5-6). He’s the One whose eyes are like flames of fire, whose voice is like many waters, and whose face shines like the sun at full strength (1:14-16). He’s the One who knows all there is to know about His church; nothing is hidden from Him (Ch. 2-3). He’s the Lamb who was slain; the only One worthy to open the scroll (ch.5). He’s the One sitting on a white horse; whose name is called Faithful and True (19:11).

There are facets of the risen and ascended Christ that can only be learned through Revelation. To skip this book is to miss out on knowing Jesus more.

All that’s not to say Revelation doesn’t speak about the future, it most certainly does! But it’s easy to get so distracted with the signs themselves that we completely miss what they’re pointing to: the return of Jesus Christ. He really is going to return!

2. God Was Intentional About What He Included (And What He Left Out)

If you’re not paying attention, it might seem as though the details included in Revelation were dependent upon how quickly John could write what he saw. The scenes and locations change rapidly from one chapter to the next. One moment we’re around the throne of heaven, the next we’re standing on the seashore. And there’s voices—a lot of voices! Saying all kinds of things, sometimes all at once.

With so many things taking place, surely, John missed something important! Surely, there should have been more than just one person writing all this down.

But the truth is, like the rest of scripture, Revelation was “God breathed” (2 Tim. 3:16), and God was intentional about all He included. This is His book after all. John was merely a vessel God used to convey His message.

This was made abundantly clear to me when I read Revelation 10:4 which says, “And when the seven thunders had sounded, I was about to write, but I heard a voice from heaven saying, ‘Seal up what the seven thunders have said, and do not write it down.’” (Emphasis mine).

Did you catch that? There was a detail John was going to write down, and God instructed him not to!

God gave us the details we need and equipped us with His Holy Spirit to help us understand them, in time. What God left out we don’t need to know.

3. God’s Wrath Isn’t a Violation of His Love, But an Expression of It

I don’t know about you, but sometimes, I’m tempted to believe God has two sides like a coin. One is good, loving, merciful, and forgiving. The other is judgment-exacting, wrath-pouring, and righteously angry.

But God isn’t a two-faced god of contradictions. Everything He says and does is consistent throughout the whole of scripture. God’s character is constantly, unwaveringly good.

So, how do we reconcile God’s good character with the knowledge that His wrath will most definitely be poured out on the earth (Rev. 15-16)? How can a good God pour out wrath at all?

Revelation 16:5-6 gives us a glimpse of an answer, “And I heard the angel in charge of the waters say, ‘Just are You, O Holy One, who is and who was, for You brought these judgments. For they have shed the blood of saints and prophets, and You have given them blood to drink. It is what they deserve!’” (Emphasis mine).

But sin exists. And those whose hearts have hardened beyond repentance of that sin will experience the consequence of it.

Eventually, our good God will pour out His wrath as a loving Father would against those who have beaten on His children. He will say, “Enough is enough!” in response to the cries of His saints, unleashing judgment for every wicked, heinous, violent thing done to them throughout history. God’s fierce love will compel Him to fierce action.

But, unlike His love which is never-ending, His wrath will end. It will be completed (Rev. 15:1). God has put a cap on His wrath, which is an undeserved mercy.

God’s wrath is completely righteous, it’s not a violation of His holiness or love. Both God’s pardon of sin, and punishment of sin, make Him good. It’s two different expressions of one good, loving God. Click To Tweet

God’s wrath is completely righteous and conforms to His character. It’s not a violation of His holiness or love. Both God’s pardon of sin, and punishment of sin, make Him good. It’s two different expressions of one good, loving God.

“The holiness and justice of God are part of His goodness and love towards all His creatures.” -Matthew Henry

The Prince of Peace will Return

Maybe the greatest surprise after studying Revelation was that instead of feeling more afraid, I walked away feeling less afraid. It relieved my fears and increased my peace. And isn’t that just like Jesus, the Prince of Peace and the Word made flesh (Isaiah 9:6, John 1:14)?

Revelation is by no means an easy read, even so, it was comforting. Because for all that seemed brutal, there remained within its pages something quite beautiful. A promise. The world will come to an end, but something better is… Click To Tweet

Revelation was by no means an easy read; it was confounding and convicting. Even so, it was also comforting.

Because for all that seemed brutal, there remained within its pages something quite beautiful. A promise. Yes, the world as we know it will come to an end, but something better than this world is coming (Rev. 21:1). A place where all will be made new. A place where the Prince of Peace Himself will dwell with us again forever.

“And I heard a loud voice from the throne saying, ‘Behold, the dwelling place of God is with man. He will dwell with them, and they will be His people, and God Himself will be with them as their God. He will wipe away every tear from their eyes, and death shall be no more, neither shall there be mourning, nor crying, nor pain anymore, for the former things have passed away.’ And He who was seated on the throne said, ‘Behold I am making all things new.’” -Revelation 21:3-4

is a writer and Managing Editor of TheRebelution. Her passion is encouraging others to live in faithful obedience and to dwell in the peace Christ provides regardless of their circumstances. She resides in South Texas with her senior dog, Mr. Darcy, who like his namesake, tolerates most people and loves very few. Hobbies include curating music playlists, spending time with her family, singing incessantly, and naming dogs and horses she has yet to own.