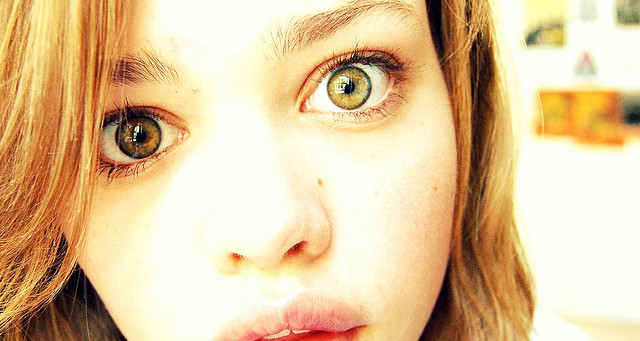 In Go Ahead, I Dare You, Newsweek columnist Wray Herbert comments on the curious findings of a study published in the journal Psychological Science for the Public Interest. Its query? Why teenagers do stupid things.

In order to explore really stupid behavior, [social scientists] have asked what seem to be really stupid questions: Is it a good thing to set your hair on fire? Drink Drano? Go swimming where sharks swim?

The results are fascinating, and unsettling. While teenagers are just as likely as adults to get the answer right (the correct answer is “No”), teens actually have to mull the question over momentarily before they answer.

Unlike prevailing assumptions about why young people engage in risky behavior, the research seems to argue that it is not because teenagers feel invulnerable or underestimate the risks, but because they have misplaced priorities.

[The authors’ findings] demonstrate that if anything teenagers overestimate the risks of such things as drunk driving and unprotected sex. They just do them anyway. Why? Because they have weighed the risks and weighed the benefits and made a cold calculation that the benefits outweigh the risks. That benefit may be immediate pleasure, as with drugs and sugary foods, or the emotional connectedness that comes with fitting in.

In other words, teens aren’t necessarily being irrational when they do dumb things, they just tend to have a short-term outlook on life and an immature hierarchy of values. It’s not just a brain thing, it’s a heart thing, because your actions reveal who and what you’re living for.

Another interesting aspect of the study is its recommendation against giving teenagers more information or more detailed information about the dangers of risk-filled activities, arguing that more education is not likely to result in any significant decrease of risky behavior.

Indeed, such interventions could backfire, since most adolescents already overestimate perils of risky behavior. So, for example, trying to teach teenagers to “drink responsibly” is probably an unwise strategy, since it plays right into their immature habit of overthinking everything. It would make more sense, in light of the new research, to enforce drinking ages and restrict teenage driving and otherwise eliminate opportunities for risk.

Perhaps we give teens too much responsibility by providing them with so much information about risky behaviors — such as drug use, sex and alcohol — and expecting them to make wise decisions. The better option would be to keep them out of high-risk situations altogether. Adults need to provide more actual boundaries. When I was a teen, my parents did not allow me to go somewhere alone with a guy. I understood that rule and could follow it. I never arrived in a sexually tempting situation where I had to weigh the risks against the benefits. Considering some teens actually have to think about whether it’s a good idea to set their hair on fire, I’m thankful for that.

There is much more that could be said from a rebelutionary perspective, but for now Brett and I are curious to hear your reaction to the different quotes above. Does the new study ring true in your experience? What do you think is the best solution to teens’ high-risk behavior?