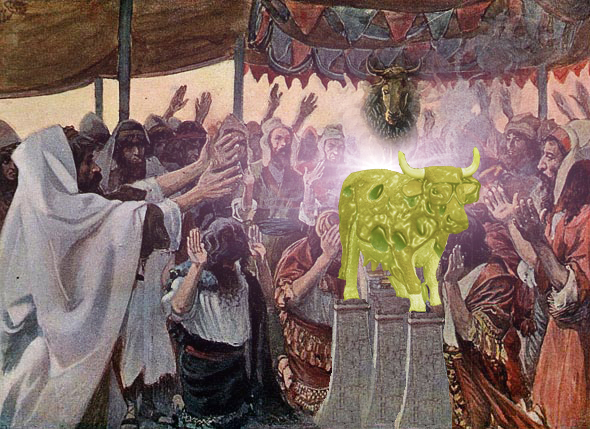 This is why learning the Art of Good Decision Making is so important.

It wasn’t until I started to read 1 and 2 Kings and 1 and 2 Chronicles that I started to grasp this reality. Let me show you some examples.

1 Kings 12:26-29 is where the trouble begins. Verses 26 and 27 read: Jeroboam thought to himself, “The kingdom will now likely revert to the house of David. If these people go up to offer sacrifices at the temple of the Lord in Jerusalem, they will again give their allegiance to their lord, Rehoboam king of Judah. They will kill me and return to King Rehoboam.”

Now Jeroboam is in a dilemma. If he doesn’t do anything about it, he thinks he will lose the kingdom and get stoned to death. But if he does do something about it, it would mean either prohibiting temple worship, or making new gods for Israel. Little did he know that this one decision would not only affect his generation, but also many generations after him.

After seeking advice, the king made two golden calves. He said to the people, “It is too much for you to go up to Jerusalem. Here are your gods, Israel, who brought you up out of Egypt.” One he set up in Bethel, and the other in Dan.

Jeroboam’s bad decision to make two golden calves and set them up as Israel’s gods led his people into immorality. Not only that, but the eighteen kings after Jeroboam followed his example and worshiped the gods he had set up. His one decision lead the Kingdom of Israel into moral corruptness for 241 years!

Think about that for a moment.

Then think about how quickly we are to make bad moral decisions everyday! We have no clue as to what effect that might have in the future.

For this reason we should very carefully make our decisions. I’m not talking about the decision of what to have for breakfast or lunch, but rather the moral dilemmas that face us everyday. The, “Am I going to choose to do good or evil?” kind of decisions.

I would advise you all to do what Proverbs 4:26 says. Give careful thought to the paths for your feet and be steadfast in all your ways. (Emphasis added.)

Next time you face a situation to choose right or wrong, think carefully about your decision. I’ll challenge you to write down what you chose and the outcome of that choice. If you decided to do what was wrong, I’m sure you won’t want to make the same mistake next time.

And if you record all the benefits of doing what was right, even if they might not be immediate, you will be much quicker to chose what is right.

is a thirteen-year-old and loves chess, parkour, photography, and jumping on the trampoline with his two younger brothers. Andrew wants to make a difference in the lives of others and hopes to one day go into tribal missions. Each day he is striving to become more like Christ.