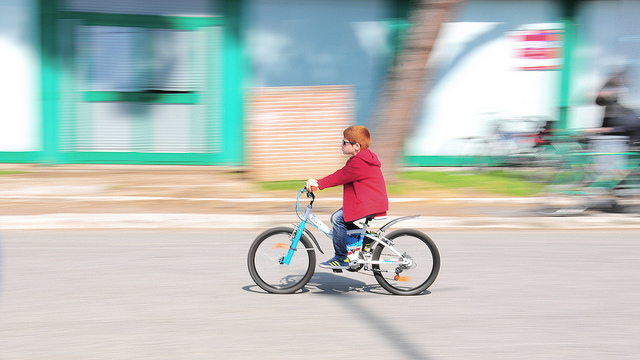 Six is the total count as of this writing.

This is a dismal number.

Twitter Counter is a stats website that keeps track of the people who have the highest follower count in various categories.

The top three in the world aren’t all that surprising as they are major faces in the music industry. Katy Perry, Justin Bieber, and Taylor Swift top the list, while the President of the United States, Barack Obama, and Rihanna, complete the top five. Katy Perry is currently at 92,000,000 followers by the way, which is roughly 1.25% of the world population (the United States Census Bureau lists the world population at seven billion people – and counting).

This is astounding influence.

I have fared slightly better with Instagram as my follower count sits at 138, though this figure is paltry too as musicians, once again, have the highest slots. Selena Gomez, Taylor Swift, Ariana Grande, and Beyoncé reign (according to Statista). Think about this for a moment. A single picture from one of these ladies can generate tens of millions of likes and tens of thousands of comments (and emojis).

As a late adopter of Instagram and Twitter, I recognize that developing a followership of greater magnitude will likely take years, maybe decades. What’s more, I could devote every moment of free time I have for the rest of my life and not even remotely approach the follower count of someone like Taylor Swift, the President, or LeBron James. But I still have influence, influence in the lives of more people than I realize.

Influence is the ability to facilitate change in some manner, large or small, and the Scriptures are marked by those who reshaped the cultural landscape after listening to and heeding the call of God. Abraham obeyed the prompts of God and discovered that his descendants would receive the appointed promise to be blessed and favored by the Almighty (Genesis 17).

Moses, after much reluctance on his part, also obeyed God and led the nation of Israel from the oppression of Egypt and to the edge of the Promised Land (outlined in the book of Exodus). Joshua finished the task of Moses, and this was achieved through his willingness to obey the instructions of God.

King David penned many of the remarkable Psalms (i.e. Psalm 23) that we meditate on to this day, along with leading a mighty army and governing well (though he too had some missteps). And then there’s Jesus, the man who is the complete fulfillment of the Scriptures.

Revisit His influence with me for a moment.

The supernatural influence of Jesus commenced with his birth. Scandal loomed as Joseph considered divorcing his unmarried wife Mary quietly, but the supernatural intervened as an angel of God asked him to stay committed to his wife and raise his son (Matthew 1:18-25).

At age twelve, Jesus stayed back at the Festival of the Passover in Jerusalem to converse with the teachers of the Law. The Scriptures describe the scene: “Everyone who heard him [Jesus] was amazed at his understanding and his answers” (Luke 2:47). Jesus was stirring influence even at a young age, and verse 52 confirms this. “And Jesus grew in wisdom and stature, and in favor with God and man.”

With time, meaning the start of his ministry at 33, the influence of Jesus was significant to the point that He willingly died. But he didn’t perish for His own sake. No, He laid down his life that our sins would be forgiven and that we would become “the righteousness of God” (2 Corinthians 5:21).

The influence of Jesus has endured through time, undaunted and unrivaled. History is understood in the context of His life and death (BC and AD), and His is the name that continues to stir emotion as He made a claim that was mighty and bold. This claim was epic. I am God. But this was no mere claim – it was the truth, and it continues to be the truth that resonates even now. Jesus is the truth, the truth that set us free (John 8:32).

Let’s just say that His follower count would be large. Billions of people large. Thankfully, all of His words have been recorded for us by way of the divinely inspired Word of God. Look to the red letters for the words that can change a life.

What of Instagram? If Jesus had a Nikon D5200 camera, would He snap stunning pictures of places like Jerusalem, Nazareth, Capernaum, Bethsaida, or Galilee? Would He take pictures with you and with me? How would the caption read under the photo? “This is my friend Austin.” This is my friend Jaquelle” (the Editor-in-Chief of The Rebelution). Jesus calls us friends (John 15:15).

If you were to look closely at his Twitter or Instagram account of Jesus, there would be a glaring omission under the “Following” text though. This figure would be zero. Jesus follows no one because He is Jesus. He is the Son of God, and God follows no one. God is omniscient, omnipotent, and omnipresent. He has no equal. Revelation 1:8 provides a cosmic description of this truth:

“I am the Alpha and the Omega, says the Lord God, who is, and who was, and who is to come, the Almighty.”

The next time you consider following someone because you like their food videos, dog, cat, shoe collection, motivational quotes, or nail polish tips, take a moment to consider the person worthy of following in this life.

He can’t be found on Instagram, Twitter, or Facebook, but His quiet whisper can be heard through a simple prayer and in the still of the night; His story can be revisited again and again in the Bible; and His love can be felt through the melody of song with lifted hands and a receptive heart. He is Jesus, and His friendship can always be requested without delay.

Remember the two words He said that were recorded in Matthew, Mark, Luke, and John?