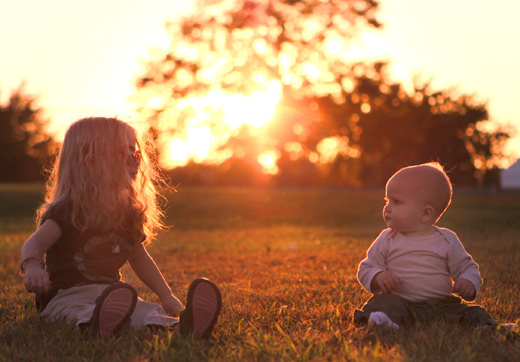 Making our mark. We all want to do it. We want to do something big, something important; to change the world, to change lives. To be a brightly burning star, dashing across the sky, spraying light and sparks in a trail of glory behind us! — that is our dream.

And as Christians we still have this desire. Maybe it doesn’t manifest itself in the same ways: wanting to be a famous singer, becoming a billionaire, running for president; but we still feel it. There is still that title of important, world-changing Christian: the pastors, the missionaries, the Rebelutionaries up on stage. Sometimes, in the words of my friend, we just “want to do something crazy, like drop everything, sell it all, and go be a missionary in a foreign country!”

And Amen and Hallelujah! If that is what God is calling you to do, go! Don’t let any complacency, concerns, or cultural standards stop you. We need more radical Christians, on fire for the Lord, following His call into the ‘craziest’ of situations.

But also don’t become caught in the lie that if you aren’t out on the mission field, you aren’t faithfully following Him.

Because being in the spotlight doesn’t equal being faithful. Sometimes God does call us to stand center stage. Sometimes He does appoint us to speak to thousands, to write dozen of books, to live in foreign countries. But sometimes God calls us to do little things. God can give us the lead role, but He can also appoint us to teach. Maybe your role is to be faithful in your school-work. Maybe it is to raise up the children you have been given. Maybe it is to cheerfully be a servant to those around you.

And this feels so hard. We fear the obscurity, that we’ll toil away in some corner, unseen, unknown, and unimportant. All our work will sit meaningless in a grey box, buried away in the back of a dusty-black basement. We’ll never make a difference. We’ll never be of use. And, worst of all, we’ll never love and serve God in the great ways that we could have. The lies whisper, they spin, they thread about us in a whirling web of despair.

But it’s not true. The greatest works of God’s people can be the presently unseen ones. Your smile and cheerful words in the midst of trouble — they give someone the strength and courage to keep on fighting, to do the great works God has prepared for them.

Folding up chairs and sweeping under tables — you lessen the load on the teacher, so that he can better study his Bible, and declare the truth.

Praying adamantly, wearing out your knees for those in need; for your family, for your hurting friend, for protection, for safety, for strength for others — you open up the flood-gates of heaven for blessings and help upon those about you.

Wiping noses, cleaning dishes, and explaining once again why little Johnny cannot hit his sister — you raise up men and women of God; evangelists, activists, reformers; future faithful husbands and wives, who then raise up many more children of their own.

Even just memorizing those chemical formulas, keeping up with your chores, being faithful in the little things — you are exercising yourself intellectually, but also spiritually and mentally strengthening yourself to endure and be faithful.

Every encouraging word, every act of service, every faithful perseverance; they are seen in heaven. Thy Father, which seeth in secret, shall reward thee openly. (Matt 6:18) He knows when you restrain your temper, when you put in that extra time to help, and when you build up others. He sees, as you build upon your foundation, not with hay and wood, but with gold, silver, and precious stones. And He has promised you a reward. (1 Cor. 3:11-14)

I wonder if one day, we’ll have a meet-and-greet in heaven. Except, not a meet-and-greet, but rather a meet-and-thank. I wonder if, perhaps, when we get there, we’ll see a long, winding line of people. Waiting for us — waiting to thank us. Because in some way, small to us, but immense to them, we blessed them. And not just the people that we have actually met, helped, and talked to ourselves. But also the many others who have been affected — by that one person whom we blessed. Think of the hundreds, thousands of people who will want to shake the hand of the man who proclaimed the Gospel to Billy Graham. So many lives changed, because he witnessed to one man. We may never know this side of eternity how many lives we have affected.

So don’t worry about becoming buried in obscurity. Because in God’s kingdom, the littlest actions are often the biggest.

We aren’t supposed to be successful, but to be sincere and studious. We aren’t meant to be well-known, but to make Him well-known.

So don’t be discouraged if it seems like your work accomplishes little. If you are whole-heartedly running after the Lord, then you please Him precisely where you are. He put you there. And He is responsible for the results, for He giveth the increase. (1 Cor. 3:7)

We don’t need to be a blazing comet across the sky. We can simply be a small candle, burning courageously in its dark corner, bringing light and cheer to the place where it’s sat. We aren’t ever called to be famous. We’re called to be faithful.

Therefore, my beloved brethren, be ye steadfast, unmovable, always abounding in the work of the Lord, forasmuch as ye know that your labor is not in vain in the Lord. (1 Cor. 15:58)