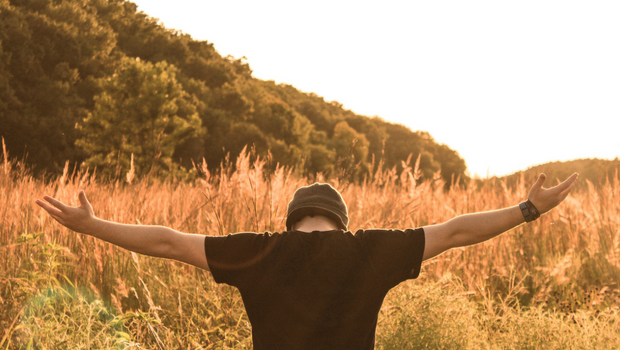 These are just a few of the emotions I’ve been dealing with these past couple weeks. My best friend, closest friend, only friend – someone I had known for years, and the person I believed I would one day marry – suddenly cut all ties with me.

And I don’t know why.

My Story of Heartbreak

To give a little context to this whole situation, I’ve known this person for just about two years. For months before, I had prayed for a friend – a true friend, that I could get real with and who could get real with me. A friend that was loyal and would stick with me as I would do the same for them. Because at the time, I had no friends. Sure, I had a lot of people I would call my friends, but no one I could be real with. Just a bunch of casual acquaintances I knew from church.

And then, through a unique sequence of events, I met this person and, shortly after, we became close friends. It was crazy how similar we were to each other, in just about every single way. It was almost as if God was using His sense of humor on us. We were so alike. It’s as if God designed us as duplicates of the other person – with the exception of being the opposite gender.

I truly cared about her.

And then something changed.

At almost two years of friendship, we decided to enter into an official relationship. We figured it couldn’t hurt. We were both just about ready for marriage anyway!

At first, it only strengthened our friendship. Sure, there was stress, but we worked through those times and continued to grow in love and support. Things continued to improve as we walked together through life.

That is until suddenly, when I got a phone call one day, while serving on a mission trip, that it wasn’t working, and our entire relationship and friendship was over.

Almost two years of our lives had been all for nothing. And to make matters worse, she wasn’t even willing to meet with me and explain why. It was just over – and I couldn’t handle it. I had no idea what to do.

How To Respond To Heartbreak

Heartbreak is one of the worst things a person can ever experience. It catches you by surprise and leaves you emotionally devastated and unable to function the way God designed you. It hurts like crazy and destroys your ability to think clearly and act with any sort of confidence or strength.

It shatters you – completely. It hit me so hard that at a few points, I was actually thinking about suicide.

And as I was going through this incredibly dark time in my life, I had a very important choice to make: Will I trust God or not?

As God started taking me through the healing process, I began to wrap my mind around the heartbreak God felt for His people, when they turned from Him. I kept reading through the Old Testament books like Jeremiah and Isaiah where God expresses His deep sadness and turmoil over Israel’s rejection of Him. Jesus even personified this grief in Matthew 23:37 (ESV), where He says:

“O Jerusalem, Jerusalem, the city that kills the prophets and stones those who are sent to it! How often would I have gathered your children together as a hen gathers her brood under her wings, and you were not willing!”

Do you see His grief? Do you see how much deep-rooted sorrow God has? It took me some time to realize it, but God actually can relate to our sorrows! He understands our heartbreak. And do you know how He responded when faced with these feelings? Check out Luke 23:34 (ESV)…

And Jesus said, “Father, forgive them, for they know not what they do.”

Even after the worst the world could throw at Him, Jesus still forgave and deeply desired what was best for us. He laid His life down for us, even though we broke His heart. He forgave us, even though we rebelled against Him. That’s how much He loves us, and that’s how He wants us to forgive.

So as much as I’ve been wounded by this sudden hurt, as much as I wish it never happened, I’m choosing to forgive this person and do everything I can to help her.

And do you know what’s happened?

God’s given me the strength to get through it! He’s provided for me the support and relief I need to follow through on what He’s called me to. All because I was obedient to Him and made the choice to forgive, even though the forgiveness wasn’t deserved.

Are you still holding onto that bitterness and resentment toward someone who’s hurt you? I challenge you to forgive them today. That doesn’t mean they have to be sorry or change (if you don’t believe me, just read the second part of Luke 23:34). It doesn’t even mean they won’t have to face the consequences of their sin. And it doesn’t mean you have to trust them again.

It simply means that you’re surrendering your right to hurt them back, to God. You’re letting Him address their sin, the way He knows best.

But it’s important – because once you make the decision to forgive, you finally get peace, and you can move on. And once you move on, Christ now has the opportunity to work greater wonders in your life and bring long-lasting joy.

Make the decision to let go – and forgive.

is a writer who, for the sake of identity protection (both his own and others), prefers not to reveal his real name.