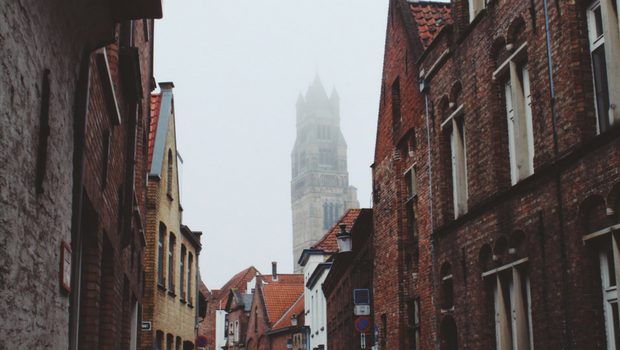 Many people did not live long in those days — life expectancy was around the mid-thirties. Many children died in infancy or at birth. Life was bleak.

From a spiritual perspective, it didn’t look much better. The corrupt Roman Catholic church was in charge. The Bible was not taught in the local churches. The common people were biblically illiterate. Even the many Catholic priests who were in charge of preaching, teaching, and leading the people knew very little of what they were communicating.

Thus, “in the midst of life we die” was an apt description of the times in more ways than one. Spiritual and physical death reigned.

If not for history, we wouldn’t even know this saying. Death is something we hate to talk about. It’s certainly not a popular subject. Even some of the elderly among us, once they are near to death, are hidden away in nursing homes. Many people hate to visit these nursing homes simply because they bring to mind the reality that we all die.

We strive to prolong our life, to live the “dream.” In the 21st century, one can easily make the case that we no longer die in the midst of life. We have so many ways to prevent sickness and diseas, that death is easily avoided (for a time).

The Bible says: “And you were dead in your trespasses and sins” (Ephesians 2:1 NASB). We have an even more pressing matter to deal with than physical death: spiritual death.

When we were born, all of us were dead spiritually. We were dead in our sins and trespasses against a holy God. We wanted to live out our fleshly desires at any cost. All our hearts longed for was sin (Matthew 15:18-19). We were rebelling with all our might against the law of God.

Ever since the fall of Adam and Eve, death has reigned, spiritually and physically. But when we were dead spiritually, unable to live, “but God”! I do believe that these are two of the best words ever written.

Examples in the Bible include:

“But God demonstrates His own love toward us, in that while we were yet sinners, Christ died for us” (Romans 5:8).

“My flesh and my heart may fail, but God is the strength of my heart and my portion forever” (Psalm 73:26).

But I specifically want to focus on Ephesians 2:4-5:

“But God, being rich in mercy, because of His great love with which He loved us, even when we were dead in our transgressions, made us alive together with Christ (by grace you have been saved).”

We were dead, but God made us alive!

What tremendous and awesome news! He loved us so much that even when we were raising our fists in rebellion, He loved us! Even when we killed His Son, He loved us! He worked for our good despite our rebellion in the killing of His Son! As it says, “by grace you have been saved.”

We Have Been Made Alive

When we were in the midst of this death, He made us alive. Luther, in one of his sermons, described the account of God’s command to Abraham to sacrifice his son, Isaac. Here is that account from Genesis 22 in Luther’s own words:

“The father raised the knife. The boy bared his throat. If God had slept an instant, the lad would have been dead. I could not have watched. I am not able in my thought to follow. The lad was as a sheep for the slaughter. Never in history was there such obedience, save only in Christ. But God was watching, and all the angels. The father raised his knife; the boy did not wince. The angel cried, ‘Abraham, Abraham!’ See how divine majesty is at hand in the hour of death. We say, ‘In the midst of life we die.’ God answers, ‘Nay, in the midst of death, we live.’” (Steven Lawson, The Heroic Boldness of Martin Luther [Reformation Trust, 2013, Page 95])

As believers, we have now been “made alive.” In the midst of our spiritual death, God said, “No, you are made alive.”

“For while we were still helpless, at the right time Christ died for the ungodly. For one will hardly die for a righteous man; though perhaps for the good man someone would dare even to die. But God demonstrates His own love toward us, in that while we were yet sinners, Christ died for us” (Romans 5:6-8).

(Special thanks to Stephen Nichols for his talk, “On Martin Luther” at The Gospel Coalition 2017 Conference which sparked the idea for this article.)

Seth Snode is a 20 year-old homeschool graduate from eastern Ohio who loves basketball (a lot), reading too many books at one time, Blimey Cow (as any good homeschooler should), and enjoys writing when he gets an idea. He is learning to grow, by God's grace, every day as a sinner striving to glorify Christ in all ways of his life. He doesn’t use Facebook or Twitter, but he does post things he finds interesting on Instagram.