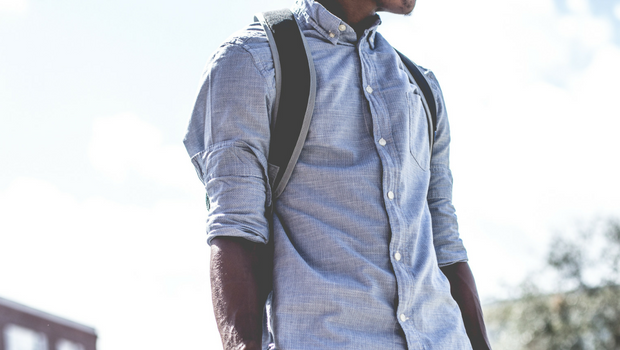 Politicians are people, too

Politicians are people, too.

It’s something I’ve said many times, but sometimes you can know things without really knowing them.

Since the 2016 election between Hillary Clinton and Donald Trump, and especially with Trump’s eventual presidency, political arguments have greatly heightened. It’s not abnormal to hear people saying they “hate” a politician or think they’re “so stupid,” with an exaggerated roll of the eyes for good measure.

And it comes from both sides: I’ve heard liberals half-jokingly discuss ways to assassinate our president, and I’ve heard conservatives say they “hate liberals,” too. It’s normal. It’s a way of spewing anger against radically different views. And at its heart, it smells of fear.

But we, as Christians, should have no part in it.

It isn’t wrong to vote – in fact, I would highly encourage it, given you take time to research the candidates being considered. And it’s never wrong to discuss politics.

But there is a point where “discussion” turns into hatred.

Maybe it’s only minimal. It’s so easy to slip into talk that’s anything but “true, noble, right, pure, lovely, admirable, excellent, or praiseworthy” (Philippians 4:8), especially when you’re surrounded by people that agree with you.

But just because you believe your views are correct does not mean God has given you a free pass on bashing other people.

And yes – politicians are people, too.

I was on Capitol Hill on June 21st when House Majority Whip Steve Scalise was shot during a Congressional baseball practice. My group’s expressions quickly became somber as we heard the news. His shooter was killed by numerous capitol police officers, but much damage had been done.

Nonetheless, we walked to the Senate building an hour after the shooting and went through the extra security measures which had rapidly been put in place. As we did, the message really began to sink in.

We saw multiple senators and representatives walking into work on public sidewalks. One even had his little terrier on a leash. They looked no different than their aids, to be quite honest.

Right there, as we walked within feet of each other, I began to see that really, they are no different from us. I don’t know whether the Senator with the dog was a Democrat or a Republican – he was a person, and as soon as he walked into that building to do his job, he would do it like the rest of our governmental officials: to the best of his ability.

Maybe he had different beliefs than I do. Maybe he voted for things I didn’t agree with. But seeing him there, God nudged me a little, and said in his gentle way: politicians are people, too. And suddenly, that really hit home.

A few weeks ago, if I’d seen that a Congressman had been shot, I wouldn’t have batted an eye. Like most of us, I would’ve been thinking of him as a replaceable vote, not as a person.

But he was a person. He is a person. And so is everyone in our government, whether president, congressman, judge, or governor.

Thus we, as Christians, have an obligation to give them the respect that is due to them as human beings.

Even if we don’t agree with them; even if they make decisions we don’t like; even if they say our beliefs are wrong or stupid; even if it seems natural to say bad things about them, because they can’t hear us.

It’s time that we looked at the root of the problem, and realized that God’s plan cannot be thwarted by a vote, or even by many votes.

There is no reason to fear politicians or their views, and there is no excuse for speaking badly about them.

They may be powerful; they may be famous; they may not agree with us; but politicians are just people, and we are called to love people.

Next time you find yourself stuck in a conversation that’s started to lean toward hating on our government officials, take a stand and do your best to end that conversation.

Think of a man in a suit walking among various commuters with his little dog on a leash.

Think of him, and remember: politicians are just people.

And disagreement is no excuse to hate or be unkind to people.

is a seventeen year old girl working on her highly stressful career at a public high school. Although she gets little sleep, she enjoys every second of band, choir, pole vault, and cross country that her school can provide. During the summer, she stays on her toes by sharing the love of Jesus with children of all different colors, lives, and homes in several places across the U.S. and her hometown.