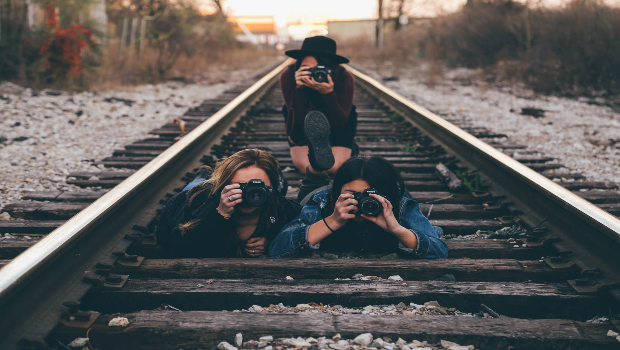 Boots splash through the water. Rain falls in torrents. Sweat drips from the men’s creased foreheads.

Their muscles tense as they take their positions. Silently, without a move and with hardly a breath, they crouch, waiting. Their uniforms and absolute stillness hide them from the enemy’s notice.

Tethered to their boots is a small metal identification tag. An identical copy dangles from each man’s neck. Inscribed on the tag is a social security number, the full name of the bearer, his birthdate and professed religion.

I too have a tag. Each of my siblings and I were given one at a visit to a local veterans museum. The owner explained as he handed us the small shiny metal tags that every soldier in the American army had two.

Whether they are a cadet or a general, every soldier is required to wear their tag at all times. They are not allowed to take it off, not even for a shower! Without their identity tag, they are considered out of uniform, unable to do their job and worthy of punishment.

My tag is just a replica. My name is not inscribed on it; just the name of the museum.

But what I learned from that tag is what’s really important.

We are at war.

All of us are at war. Every day we are assaulted and challenged. We need to be ready.

The enemy is not going to wait until you are ready to fight. That’s not how war works. He will attack when you are the least able to resist his bombardment. He’s not waiting around. He’s actively scheming your demise.

“Be sober-minded; be watchful. Your adversary the devil prowls around like a roaring lion, seeking someone to devour.” -1 Peter 5:8 (ESV)

We can have no victory, or even a chance at it, if we are out of uniform and unprepared for the enemy’s attack. Without our identity—without our tag—we are vulnerable and unable to fight.

“Put on the whole armor of God, that you may be able to stand against the schemes of the devil.” -Ephesians 6:11 (ESV)

What’s so important about a uniform? Why is there an emphasis on what we wear, when wielding a weapon seems more practical?

Every uniform is designed to look the same. Except for badges and stars that are added as the soldier gains respect and power, uniforms make the soldiers look the same–or uniform.

On the other hand, each identity tag clearly states the soldier’s name. The tags are designed to help distinguish and identify each soldier. Every soldier’s tag is unique to him. No one else has the same one.

Uniforms remind the soldiers that they are part of a team. Every one of them has the same mission. But each of them have different jobs and assignments. As a part of a team, they are responsible to do their job, or the whole team and their mission fail.

How can we know who to fight if we do not know what side we are on? How can we fight if our assignment is unclear? Your uniform is a visual reminder of the side you are on, the mission you are fighting for and your own particular assignment within that team. Without it we can’t and won’t fight well.

It’s time to suit up.

There is a war waging in this culture for people’s souls. From the deliberate destruction of the family, to the rise of gender confusion, our identity is under fire. Uncertainty about who you are is becoming more and more common.

Clearly this proves identity is important. Why else would there be so much focus on confusing it?

Victory starts with you and me suiting up daily and preparing for battle seriously. We need to know who we are. Once we do, then we can help those around us find out who they are too.

This is war. Are we ready? Our identity is immensely important to victory in our lives.

Who are you, my friend? You need to know.