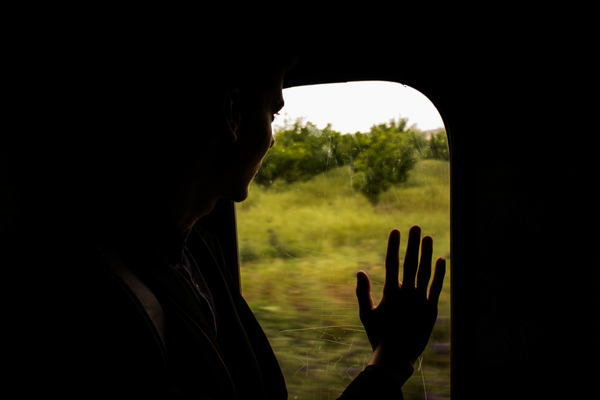 I’m not sure that anyone likes them, really. Goodbye is a word with such a finality to it, especially when it’s for the last time. Recently, over the course of about two and a half years, I’ve had to say a ton of goodbyes—to friends, to family, and to places that I called home. And to top it off, I’m looking towards even more goodbyes—some of them in the near future.

As teenagers, we have a lot of goodbyes ahead of us and behind us. Some of us will be graduating soon and will be saying goodbye before heading off to college. Others may have a big move ahead—or maybe a friend or family member is moving instead. And still more of us may be whispering teary farewells for other reasons, too many to list in this article.

Saying goodbye doesn’t get any easier as time goes by and the goodbyes pile up into a mess of tears and memories. But guess what? You will never have to say goodbye to God.

Do not be afraid, do not be discouraged, for the Lord your God will be with you wherever you go. (Joshua 1:9)

Through all of the goodbyes and all of the change, God is the one thing that will remain constant. He won’t be left behind when you move to the other side of the country, he won’t leave you when your family member passes away—he will never leave you, he will never change. He loves you (John 3:16) and cares for you (1 Peter 5:7), and he will always be there for you, no matter what.

And not only is God always there for you, but God has a plan for you.

I recently did a study on the book of Esther, and I realized that all of us who have to say goodbye are kinda like Esther. Although we don’t really know what was going through Esther’s head, I wonder if she felt the pain of having to say goodbye to Mordecai and the home she left behind for Persia’s twisted version of The Bachelor. Yet eventually, she won the king’s approval and became queen of Persia. Later during her reign, Mordecai begs Esther to go and intercede for her people (the Jews) in the formidable presence of the king. In the midst of their conversation, Esther 4:14 pops up.

And who knows whether you have not come to the kingdom for such a time as this? (Esther 4:14)

One of my favorite Bible verses, Jeremiah 29:11, say the following:

“For I know the plans I have for you,” declares the Lord, “plans to prosper you and not to harm you, plans to give you a hope and a future.”

In the midst of our goodbyes, God has a plan for us—good plans, plans to prosper us and to give us a hope and a future. He has planted us each in a special place for such a time as this—a time for us to glorify Him and spread His love.

Saying goodbye is a part of life, plain and simple. We can’t run from it, we can’t avoid it; eventually, those words will have to escape our lips, whether we like it or not. But we can lean on the one thing that will remain constant in the goodbyes and changes to come—God. We can rest in the knowledge that He has plans for us, plans to give us a hope and a future. And we can be sure that He has placed us exactly in the circumstances He needs us to be in—for such a time as this.

is, first and foremost, a daughter of the one true King. When she isn’t lost in the stories she writes, you can find her reading just about anything YA Christian fiction, spending time with her friends and family, and drinking lots and lots of salted caramel hot chocolate. You might be able to catch her rambling on her blog, Notebooks and Novels, if she hasn’t made her way to Narnia. Yet.