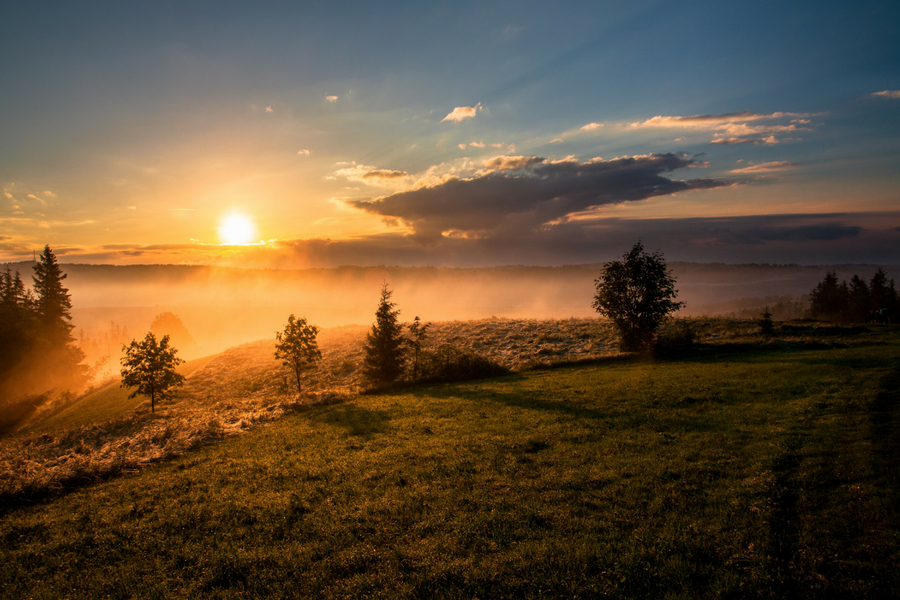 Narnia seems like such a fun place. It’s a place I always wished was real so I could visit it. Who wouldn’t love talking beavers, centaurs, a sassy rodent who is an expert swordsman, and a touch of magic everywhere you looked? But in all of this, there is one thing that interests me even more; How time works in Narnia.

Sure there are some weird things in the world of science. Light has momentum but no mass, protons stick together in the center of an atom, and magnets just… exist. But none of that compares to Narnian time. To be able to go to a place where you are growing, but time for the rest of your world is virtually frozen is an impossibility, isn’t it?

You can’t just walk into a wardrobe, grow from a boy to a man, and then walk back out as that same boy who walked in. Can you? Maybe not literally, but perhaps it’s not too far from the truth.

At the beginning of “The Voyage of the Dawn Treader” film, Edmund gets treated like a kid, and tells his sister, “I was a king! I’ve fought battles, I’ve lead armies!”

“Not in this world,” his sister replies.

Have you ever had that feeling before? That you were a warrior for Aslan, or a tool used by Jesus, but that was in a different world? You long to be back in that world, and you want to tell people about it, but it is foreign to them and they don’t understand. Instead of going on glorious adventures, you are stuck at home battling with your own version of Eustace Clarence Scrubb.

I know this feeling very well, and you might too. Maybe it was after you came home from a summer camp, a mission trip, a church retreat, or some other spiritual mountain top.

I remember it most after coming home from staffing for three weeks at a Christian worldview camp in Colorado called Summit. Summit was a Narnia to me. When I came home from those three weeks, I didn’t look different. And although it wasn’t paused, life back home didn’t look much different. But so much had changed inside of me.

In those three weeks I had gained a new family, and learned and grew more in myself than I would have thought possible. We worked and fought alongside Aslan himself. We saw Him move and could almost run our fingers through His mane. We asked if there was a better way to live this life, and followed through where the answer led us. We took the time to be intentional about loving and learning about God, and loving and learning about others. We laughed and cried together. For that moment we felt like kings.

Then that moment ended.

Now you are back home, worlds away from your fellow Narnians, left with only memories and a longing to be back in Narnia. When you try to tell people about it, they have no knowledge of what you did and can’t fully understand the adventure you had, because you are speaking of a foreign land.

Now that’s a little depressing, isn’t it? To be honest, it was very depressing for me. Not only was I missing my Narnian friends, I was stuck in a dilemma. Do I go back to simply going through the motions like I was before? Or do I change and live like the king I was in Narnia; basically abandoning everyone I know and love at home by saying I am living above them? Would it even be possible to change? Would it even be possible to go back to like it was before? Once you’ve tasted the sweeter waters it’s hard to go back to what you had before.

Remember the Reasons for Your Narnias

“I am [in your world].’ said Aslan. ‘But there I have another name. You must learn to know me by that name. This was the very reason why you were brought to Narnia, that by knowing me here for a little, you may know me better there.”

I hope you see where I am going now.

Life isn’t lived in a palace. It’s lived on the streets.

Remember your Narnias, but remember the reasons for them.

Don’t let your trip to Narnia make you depressed that you can’t be there anymore, or make you think that you are above anyone else. Instead let it help you live life at home better.

How exactly do you do that? I’m still working that out myself. I’m starting by not being someone I think I am supposed to be or someone that I think I was, but rather being true to the person God has molded me to be. I’m trying to bring the same intentionality we had in “Narnia” back home, but apply it to the chores I have here and the friends who I’ve taken for granted for too long.

Has it been easy? Has everyone wanted to see the new me? No. But God never said he chose the easy path for us.

Yes, we’ve tasted better, but remember we are waiting for the best. Be thankful for the glimpse into the riches of the glory God has laid up for us, and as Jesus says, “Freely you have received, freely give.” Help give other people a glimpse into the true love and community we will enjoy in Heaven.

Let Narnia be an encouragement to you, and next time that a Narnia experience comes around, take it and remember what it’s for.

is an 18 year old homeschooler, filmmaker, wanna-be world traveler, and future aerospace engineer of the Fightin’ Texas Aggie class of 2022. He has already worked over a quarter of his life in children and youth ministry and hopes to continue that. He enjoys building random contraptions, making funny videos, over analyzing things, and dabbing for Jesus.