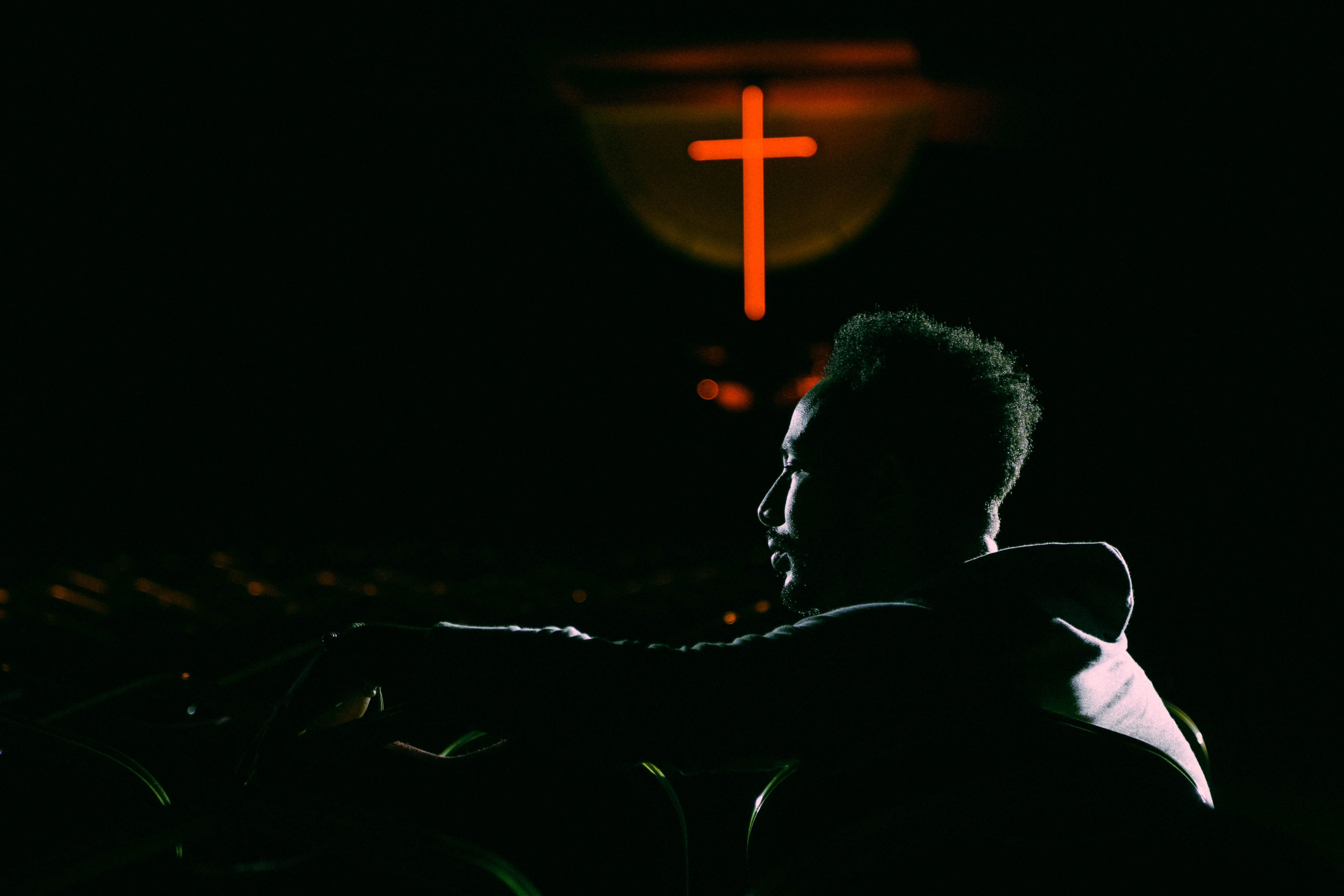 Are you ever afraid God has abandoned you?

It’s easy to fear that sometimes. When you see the depths of your own depravity and sin—when you give in to temptation again and search desperately for freedom—you wonder how God could still love you. How he could still be with you. Or maybe, for whatever reason, he just feels far away; doubts and despair come knocking on the door of your heart and you’re not sure what to hold on to.

In Psalm 71, the psalmist is pleading with God for deliverance from his enemies. These enemies are filled with confidence—because they believe God has forsaken the psalmist.

For my enemies speak concerning me;
those who watch for my life consult together
and say, “God has forsaken him;
pursue and seize him,
for there is none to deliver him.”
O God, be not far from me;
O my God, make haste to help me! (Psalm 71:10-12)

The author cries out for God to save him, to prove these enemies wrong. And if you kept reading, you would see the depth of his hope and confidence in this God that has seemingly forsaken him: “But I will hope continually and will praise you yet more and more.” (Psalm 71:14)

God Doesn’t Forsake His Godly Ones

Psalm 37:28 gives a reason for this kind of confidence and hope.

For the LORD loves justice;
he will not forsake his saints.
They are preserved forever,
but the children of the wicked shall be cut off.

This psalm answers the question of the first. God will never, ever forsake his godly ones! They’re preserved forever, because the Lord is a just and righteous God.

The ones being preserved here are the “godly ones.” That makes sense—God, the holy Creator, isn’t going to preserve people who are propagating wickedness and evil. In fact, he’s going to “cut them off.”

When we look at this verse, we automatically class ourselves as the “godly ones.” But if we take a closer look at our own hearts… we realize that’s not the case. In fact, we’re fundamentally wicked. We’re born with hearts completely infested with evil.

There’s nothing we can do to qualify as godly. We ought to be the ones being cut off, cast away, thrown out of God’s beautiful presence forever. John Piper writes,

The Creator of the universe is infinitely worthy of respect and admiration and loyalty. Therefore, failure to love him is not trivial—it is treason. It defames God and destroys human happiness…. There is a holy curse hanging over all sin. Not to punish would be unjust. The demeaning of God would be endorsed. A lie would reign at the core of reality. – John Piper, The Passion of Jesus Christ: Fifty Reasons Jesus Came to Die (Crossway, 2004)

How then can the promise of Psalm 37 apply to us?

The One Who Was Forsaken

The darkest hour in the history of the world was two thousand and some years ago today. It was literally dark—the sun went black for three hours. It wasn’t an eclipse; this was a supernatural event where creation itself cried out at the horror of its Creator dying as a man.

And when the sixth hour had come, there was darkness over the whole land until the ninth hour. And at the ninth hour Jesus cried with a loud voice, “Eloi, Eloi, lema sabachthani?” which means, “My God, my God, why have you forsaken me?” (Mark 15:33-34)

And the beloved Son of God, perfect in love and harmony with the Father from eternity past, was forsaken. Cast off. Cursed.

“For all who rely on works of the law are under a curse; for it is written, ‘Cursed be everyone who does not abide by all things written in the Book of the Law, and do them.’” (Galatians 3:10). And we couldn’t keep all the commands of God’s Law. In fact, we could never, ever live up to the standards of his holiness. We ought to have been cursed.

But, “Christ redeemed us from the curse of the law by becoming a curse for us” (Galatians 3:13). The punishment, the just wrath of God, the curse, the casting off and separation from God that we deserved, it all fell on Christ Jesus, the Son of God, in that moment.

He was cut off, so that we wouldn’t have to be.

Once Wicked, Now Godly Ones

And that wasn’t all. Not only did he take our curse; He gave us His perfection.

And the Father credits that perfect record—that righteousness—to us when we trust in Christ for salvation.

But now the righteousness of God has been manifested apart from the law, although the Law and the Prophets bear witness to it–the righteousness of God through faith in Jesus Christ for all who believe. For there is no distinction: for all have sinned and fall short of the glory of God, and are justified by his grace as a gift, through the redemption that is in Christ Jesus. (Romans 3:21-24)

All Sons and Daughters

Imagine how much God loves his Son.

And then consider this: “For all of you who were baptized into Christ have clothed yourselves with Christ.” (Galatians 3:27, NASB)

When you trust in Christ, you are made one with him. When God looks at you, he sees his perfect, beloved Son.

That’s what we hold on to, even when God seems far. Even when doubt hovers and defeat threatens, we hold on to the gospel and the truth of what Christ has done.

The darkest hour in history becomes our hope.

So on this Good Friday, remember the overwhelming horror of the Creator’s death.

Remember that it was God’s wrath for your sin that poured out on him on the cross.

Remember this overwhelming love, and the unimaginable glory of a God who would love this drastically, not needing us, but simply out of the fullness of his love, for the purpose of his glory.

But don’t stop there.

Remember that Sunday is coming. That there was, indeed a resurrection.

Our Savior has conquered death itself. He is “the firstfruits of those who are asleep,” and one day we will wake from stone cold graves, lose this earthly body, and meet him with new, perfect bodies free from the curse. “We will be like him, for we will see him as he is.”

And we will never be separated from our God, forever.